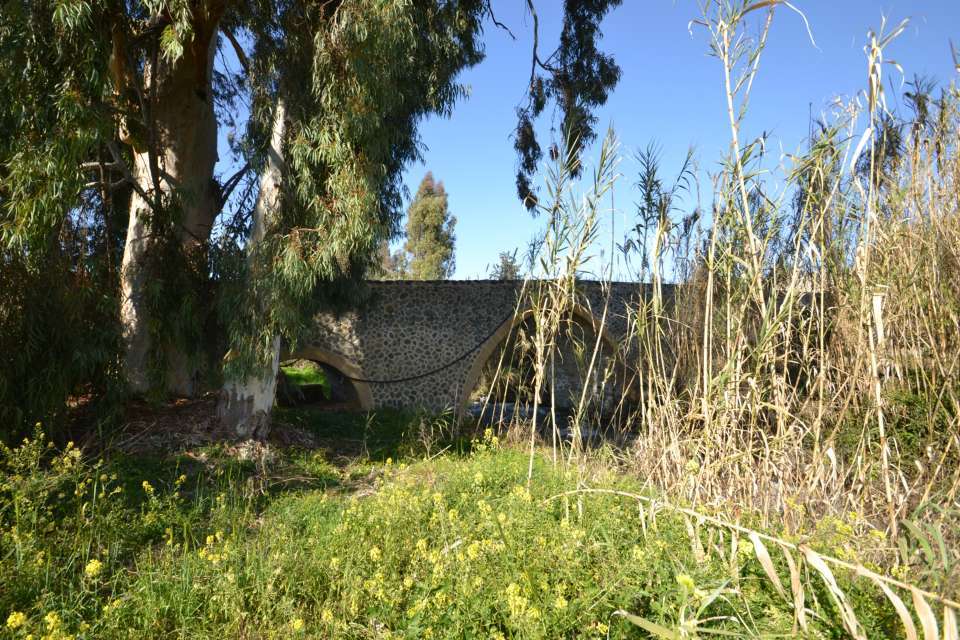 Flasou is a village in the area of Nicosia. The community is built in the valley of the Karkotis River, at an average altitude of about 330 meters.

During the Medieval times the village was a feud, with the same name. De Massa Latri mentions it as a feud, using the names Flace, Flasso or Phlasso. On old maps the village is also marked as Flaso but also as Fluso.

There is also a reference that the village, as a feud during the Frankish domination, belonged to a medieval family called de Flaße (or de Flasso), whose known member was the noble Bartholomew de Fluss. Thus, there is the view that the village took the name of its owner, namely the de Flaßes family.

There is, however, a contrary view that the village initially labeled Vlasos, and some do not consider that someone named Vlasos was the first settler. It is believed that the village should have been founded in Byzantine times and originally it was named St. Vlasios.

Therefore, the present name of the village of Flasou, which was altered during the years of the Frankish rule, is hagiological. 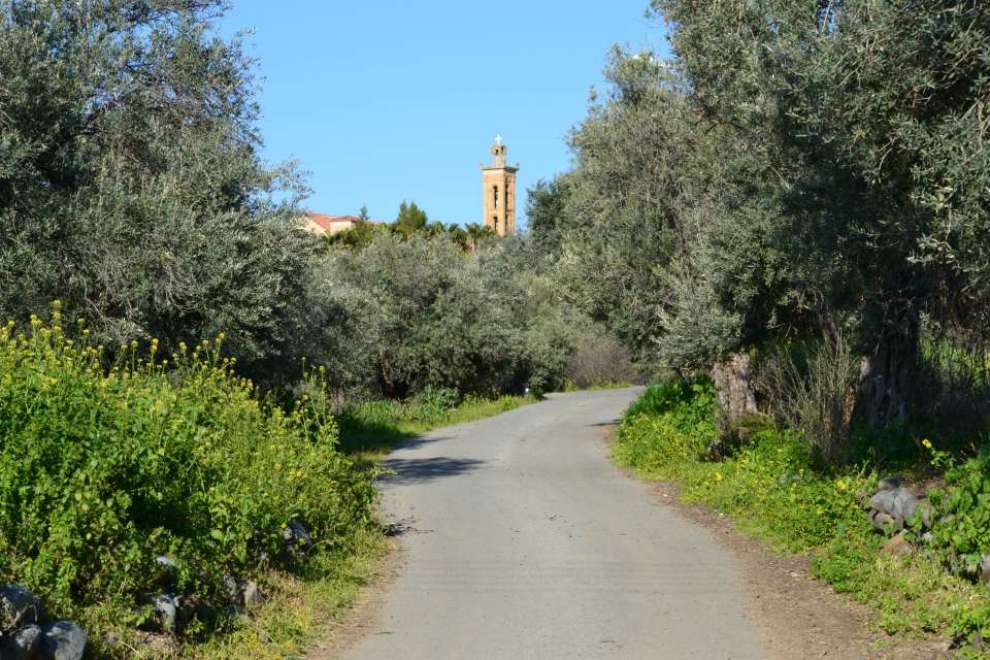 In the village today there are two main churches. The one is dedicated to Agios Dimitrianos and it is considered a great building. The temple was built in the early 19th century and is located in the center of the village between its traditional houses. The other church is the first church of the Flasou community dedicated to St. George. 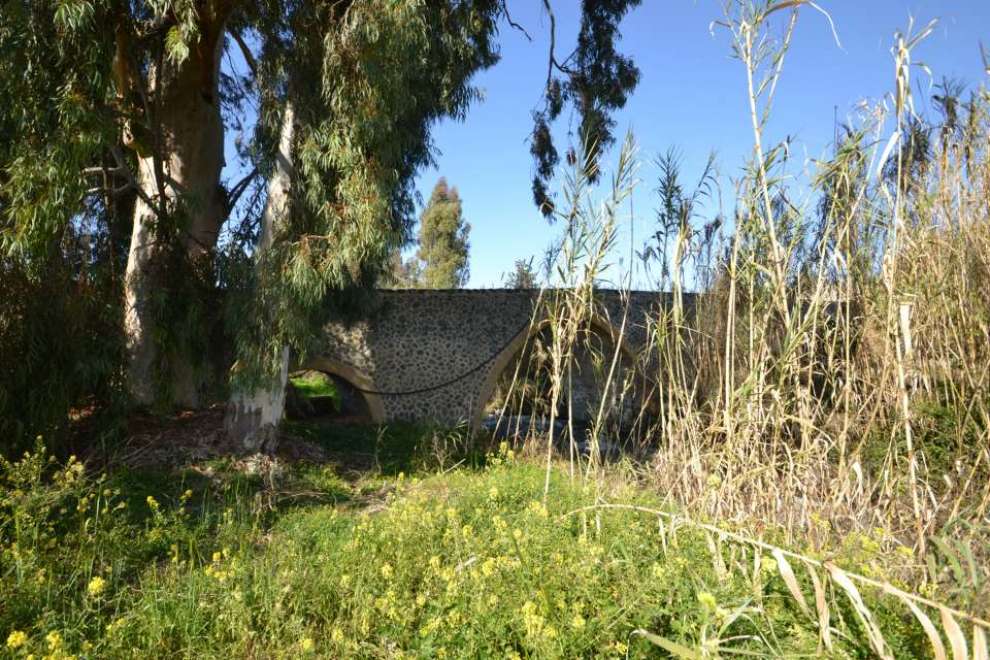 There is also the chapel of Kusuliotissa, which we do not know exactly when it was built, but book testimonies are estimated around the 18th century. The old one was a monastery, but today there is only the little church that can accommodate 50-60 believers. According to the tradition of the name of the Virgin, there are two versions. The first is that the man who made the donation of the estate to build the chapel was called Koussoulos and the second and strongest is that the Virgin Mary healed the little children and from there took the name Panagia Kousuliotissa.

Between the pine trees and the green, to the west and outside the village, there is the little church of Saint George the Epittendant. His name was taken from the patches, the pines (leaves) of the pines. It is stone built and the stone on the outer walls is preserved until today. Its bell tower is not built but rests on metal columns, carrying inside it a single bell sounding by pulling a rope, inviting the believers two to three times a year, which the chaper operates. 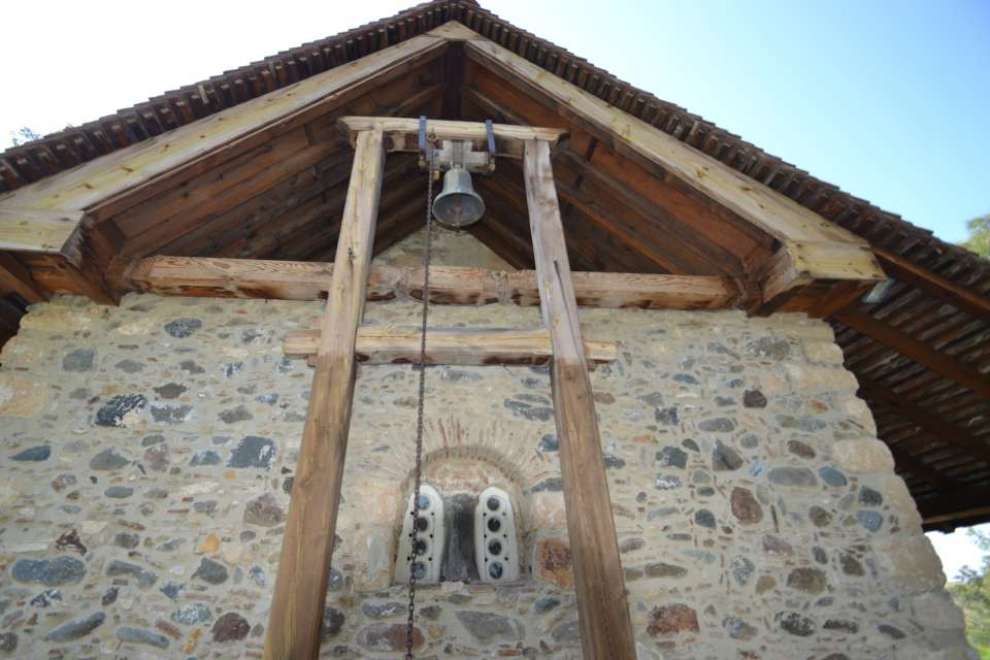 Inside the little chapel, it has the comfort of hosting around fifty believers. Its iconostasis is wood-carved and as old as the holy portable icons on it. St. George the Epitaphistos is celebrated on April 23 and is also on the Sunday of Thomas.

Flasou was the village of Hatzipetros Voskou, executed by the Turks on July 10, 1821, in Nicosia. According to Kipiadis, Hadji-Petros Voskos was a member of the Filiki Etaireia and the letter-boxer, and was captured by the Turks, while he transferred secret letters from the Society to the Archbishop of Cyprus Kyprianos.

At the beginning of this century, the extension of the line of the Cypriot railway, which reached Erychthos, passed through Flasou.