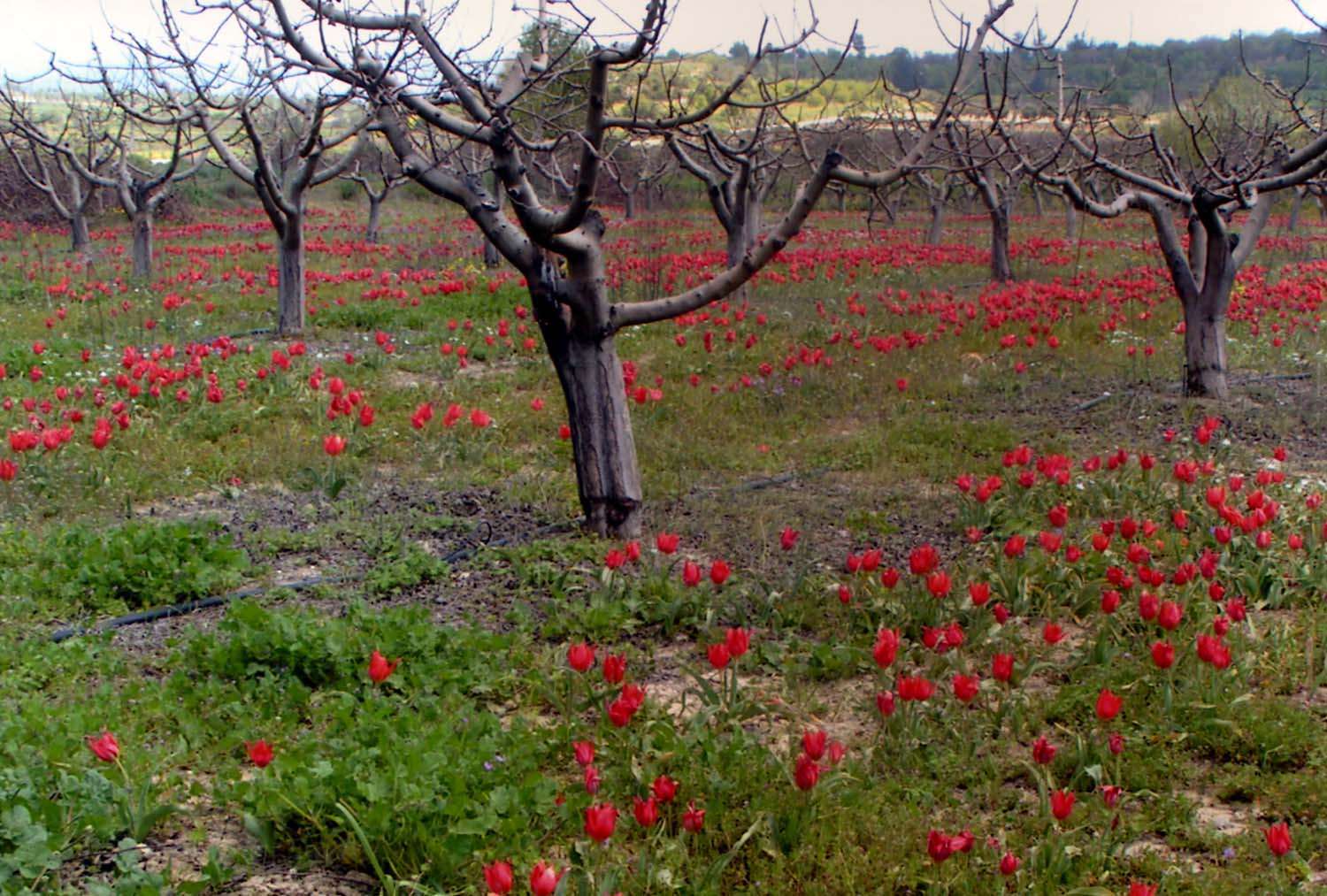 Known village for its tulips

The village of Polemi, known as such since the Byzantine times, is situated on the northeast of Pafos. The village falls under the umbrella of vine-villages in the Limassol-Pafos district.The village stands at an average altitude of 460 meters, with the northwest being the highest pick reaching 504 meters.

The climate conditions in combination with the morphology of the ground have primarily motivated cultivation of vineyards. The cultivation of apple trees follows.

The main church of the village is located on the north of the village and is dedicated to Panagia Chryseleousa. The church was built during the 12th and 13th century and was expanded at the beginning of the 18th century, around 1723. The village is surrounded by fourteen chapels. Most of them have been deserted. The perimetrical arrangement of the chapels aimed at creating a “fortress”, a kind of safety zone against diseases such as swine fever and typhus. Only three chapels are saved, of Prophet Elias, Saint Marina and Saint George.

This large flowered wild tulip grows in profusion near the village of Polemi. Years ago they formed a blaze of colour in early April surving in vineyards from Stroumbi to Polemi and beyond but increased agricultural use has reduced its habitat.The Tulip Club of Polemi was formed the year 2002 in order to protect the tulips.