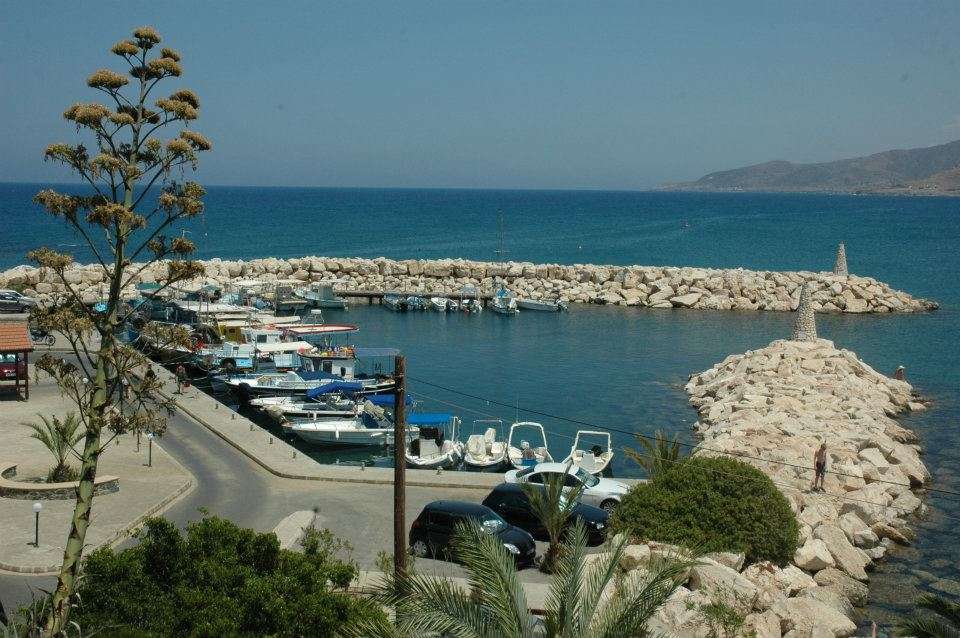 Pomos is located 60 km northeast of the city of Pafos in the geographical area of ​​Tillyria. The village of Pomos is built next to the sea and at an average altitude of 10 meters. At the north of the village, 2 km away is the Akrotiri of Pomos, which was named after the village. The route from Polis to Akron is considered to be the most picturesque route in Cyprus. In the last census made in 2001, community residents reached 568.

The village of Pomos existed with the same name during the Medieval years. On old charts it is marked as Pomo. Indeed, some researchers and scholars write the village in the Pomos type, but this is not explained etymologically. On the contrary, it seems correct to be the writing of Poom, because the name of the village is considered to have an ancient Greek origin, by the word altar. It is very likely that in ancient times there was a temple or mosque of a deity, probably Aphrodite with a famous altar.

In the area of ​​Pomos village citrus fruits, bananas, almonds, avocados, walnuts, olives, few vegetables and peanuts are grown. Also in the area there are many uncultivated areas covered by natural vegetation such as pine, lime and thyme. The southern part of the village is included in the state forest of Pafos.

Also, in the area of ​​Pomos there is an archaeological site of prehistoric times that has not yet been explored and fully studied.

Pomos is especially honored by Our Lady (Panagia). There is also a small monastery dedicated to Panagia Chrysopaterita. The monastery is about 5 kilometers northwest of the current settlement. Today (2018) only the church of the same name, which was renovated by the Department of Antiquities, survives.

The coastal location of the village has contributed to the development of fishing. In the seaside area adjacent to the end of Pomos, there is a fishing retreat. With government spending since 1983, the port of the region grew significantly.