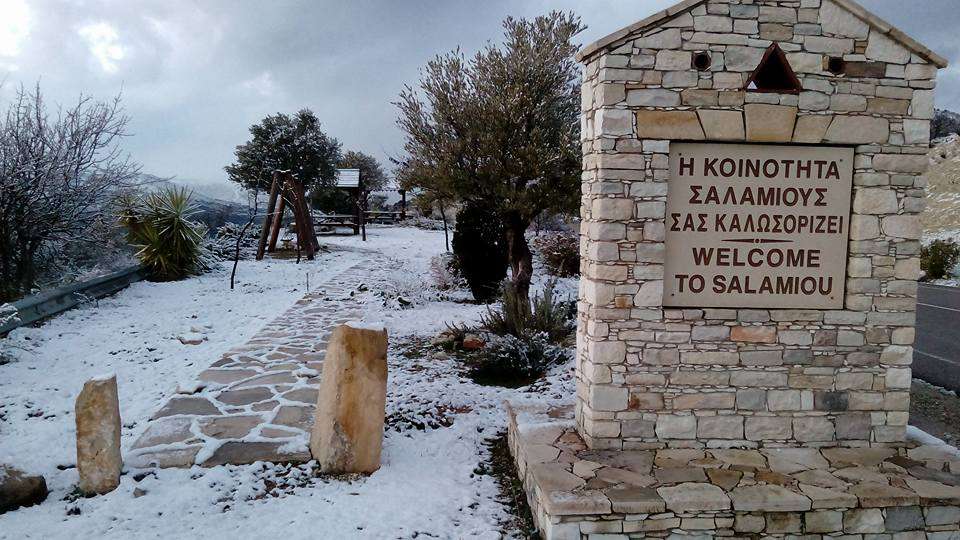 Salamiou is a living museum of folk architecture

The village of Salamiou is located in the southeastern part of Pafos, between the valleys of two rivers Diarizos and Xeros, with a population of about 300 inhabitants.

Salamiou is a living museum of folk architecture, giving the visitor the opportunity to study the Cypriot architectural tradition. The village also presents a rich ecological and historical past, with archaeological roots associated with the ancient city of Salamina in Pafos. In Salamiou, an impressive (ecosystem of the hinterland) ecological treasure has been discovered, including fossils of trees and corals dating back 423 million years ago.

It also attracts great environmental interest, since Salamiou is considered a passage for migratory birds traveling during the Spring and Winter periods.

The village also hosts the endemic protected turbot, which is also considered a national symbol of the place. The area of "Gremmos tis Salamious" is the natural habitat of the rare and at the risk of disappearing of the Pyrochro Vipa. Much of the area belongs to the Natura 2000 plan and is a refuge for flora and fauna. In the rivers Xeros and  Driarizos there are the ruins of 10 watermills of architectural value. The village of Salamiou offers an exceptional natural observatory of the Troodos region, which is rich in ecology, geology and botanology.

The religious history of the village is also rich, as evidenced by the churches and chapels, mainly the Holy Monastery of Panagia Eleousis and the recently-named Salamiotissa, located one kilometer southeast of the village.