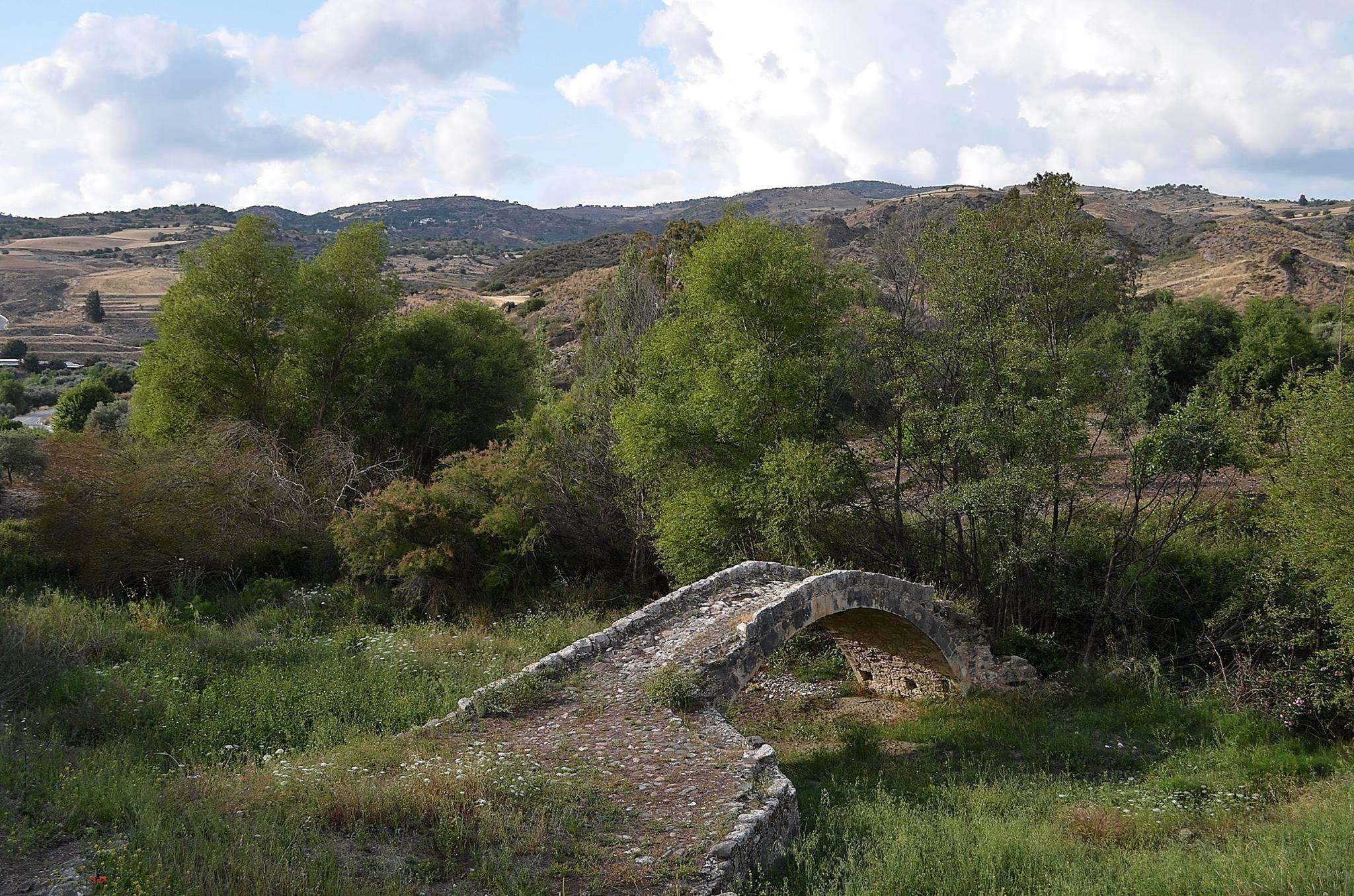 Northeast of the village of Simous is the well-known Skarfou bridge, built on the same name of the river.

The village of Simous is located in the province of Pafos, 15 kilometers southeast of Polis Chrysochous and 28 kilometers from the city of Pafos. The village is built at an average altitude of 410 meters.

Fue minutes after the church of Agia Marina, you will find a sign that points to the river Skarfos that supplies the barrage of Evretou. Down the river, you will find the famous Venetian bridge of Skarfou, which is one of the most ancient monuments of Cyprus and many tourists visit it daily.

Simou experienced large fluctuations in its population. In the 2001 census, the villagers numbered 171.

Probably the village of Simous existed from Byzantine times and its name comes from the name of Simon, one of the Apostles of Christ. It is still possible that the name of the village preserves a toponym with ancient Greek names. There is evidence that there was an archaeological site in the area of ​​Shimos. Even a few objects of prehistoric times were found.