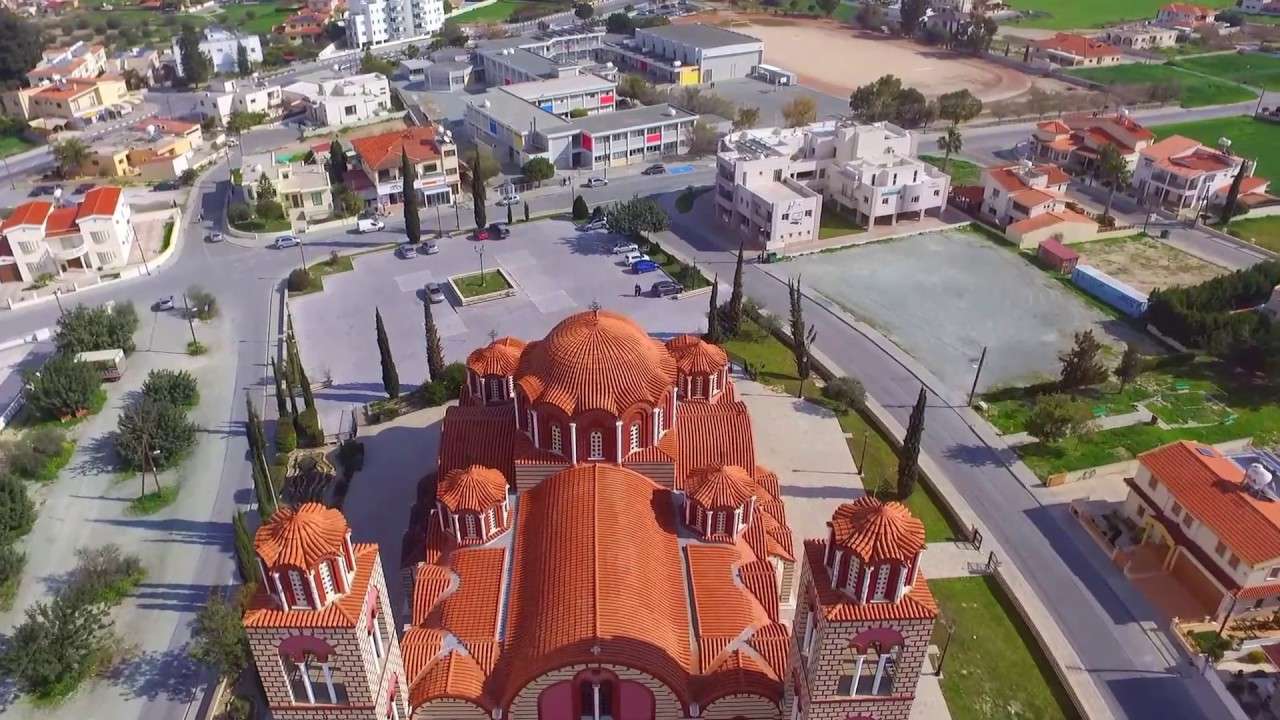 The royal mansion, the forest and the Rizoelia...

Aradippou is a municipality of the Larnaka province located northeast of the city. Formally converted into a municipality on the 23rd February 1986.
It is noteworthy that at the border of the town there is the forest of Rizoelia.

The protector of the municipality is Apostolos Loucas. The inhabitants of Aradippou were traditionally farmers and many of them landowners. 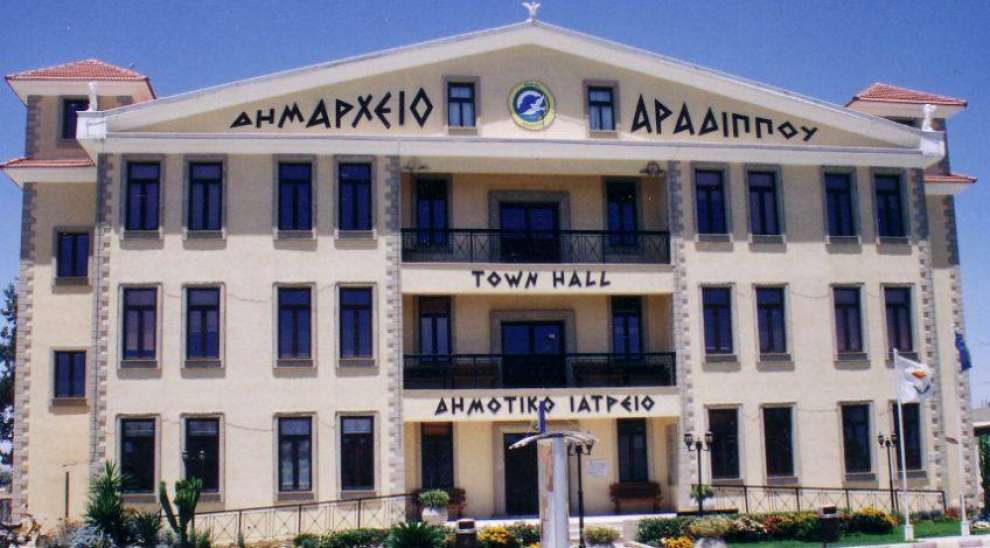 Historical data:
In the area of ​​Aradippou after excavations that have come to light, buildings and mansions were found that date back to the Hellenistic Period. Some dating back to the Achaeans. Ancient Kition also belongs to the area.

During the Middle Ages, the Frank rulers had a country palace in Aradippou, which was destroyed by a Mamluks raid in 1425.

Aradippou was also famous during the Middle Ages because of the royal villa called the "The Despotissa Courtyard" and belonged to Mrs. Margarita de Lusignan, sister of Leo of the Six and granddaughter of Amor, prince of Tire. 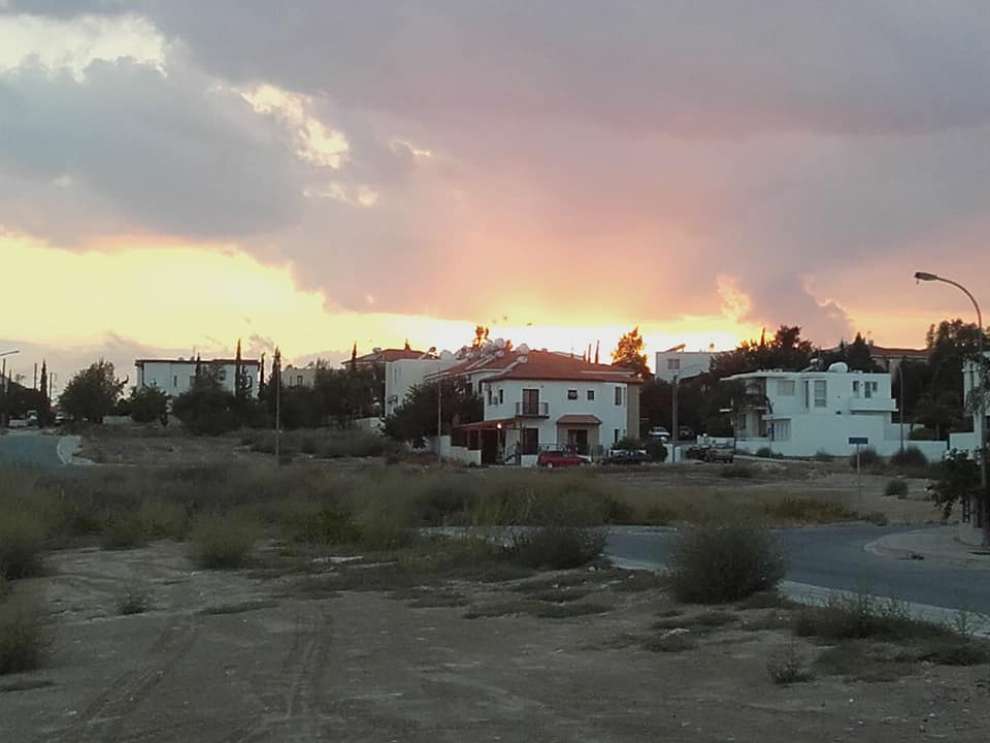 The name of the Municipality:
The name of Aradippou comes from the mythical king Aradippo, who lived there.

Sights and Churches:
Aradippou houses the Folklore Museum "Kostas Kaimakliotis", built in 1901. It is an old mansion of the family Kostas Hatzikakos. The Museum exhibits textile materials, home ware of old-time agricultural and livestock tools, and yet, in the classroom of traditional professions there are exhibited tools that have been used by people during the past year for their work, traditional professions, etc. 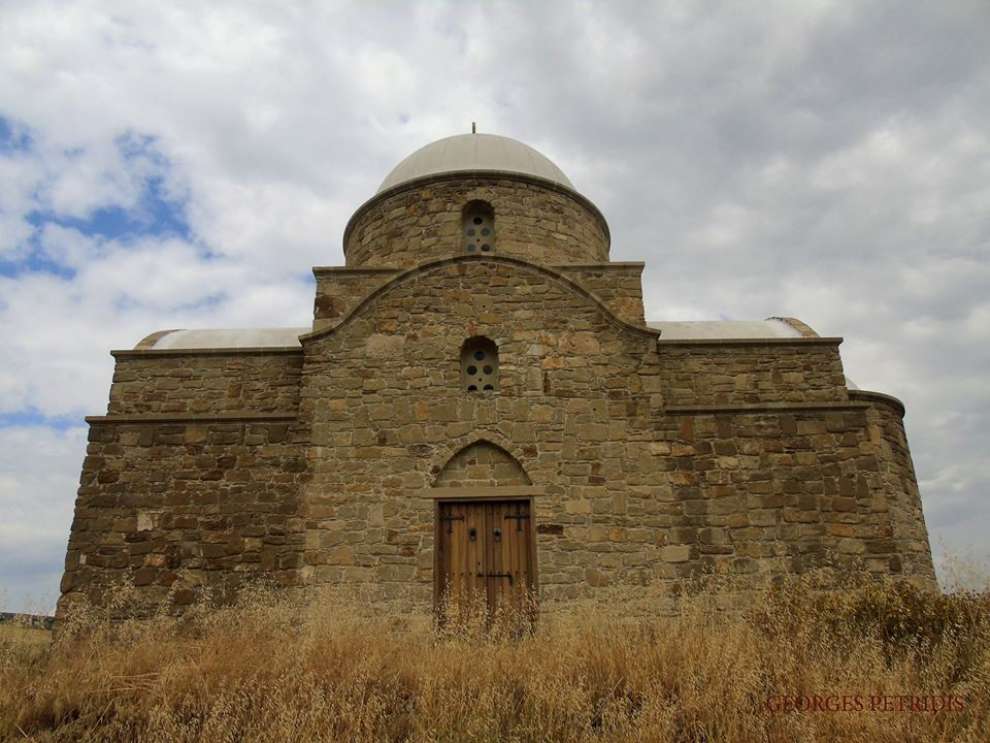 Many churches and chapels are dominated Aradippou:
The oldest church of Aradippou is Apostolos Loucas, a building of 1939. The first homonymous church was built in 1700 A.D in the same place much smaller and the second in 1851 A.D at the foundations of the first. In 1960, a part of the iconostasis was destroyed by fire, while the icon of the Saint was left unharmed and saved today as a remarkable heritage.

Other temples of the community are Agios Fanourios and Saint Spyridon and the newly built temple of Apostle Barnabas.

In addition to the Municipality of Aradippou, there is the chapel of Panagia of Ampelion, built on the ruins of an older temple destroyed by the Saracens in 1425. 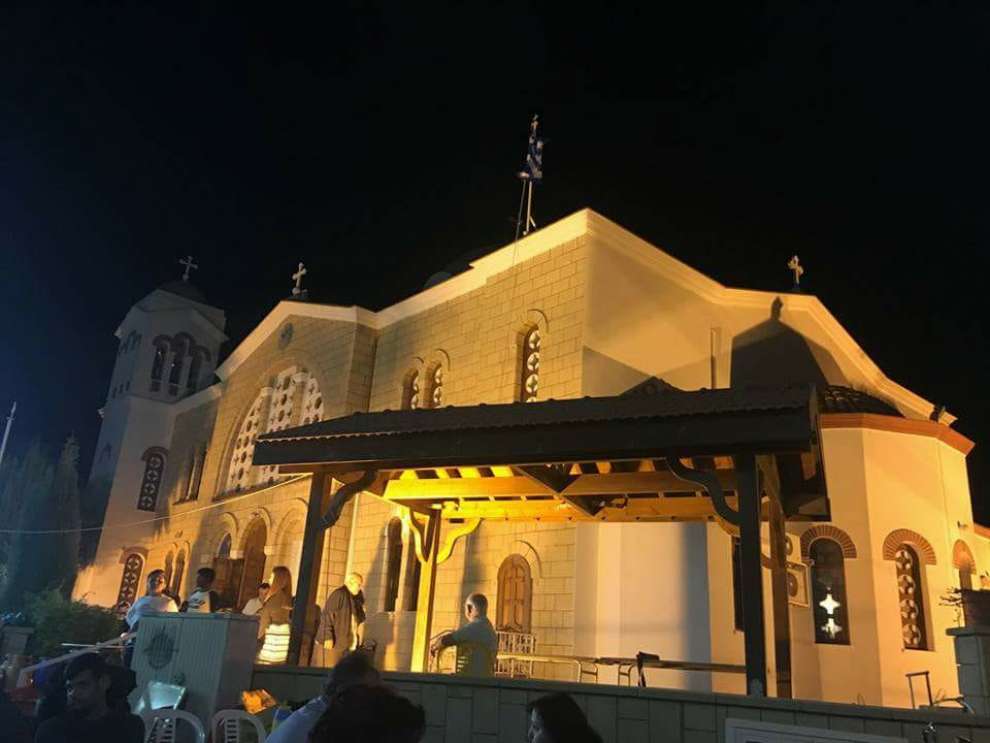 Population and area:
After being declared a municipality, Aradippou set its municipal boundaries and it is the second largest municipality of Cyprus on an area of ​​land with 42,982 square acres of land. The population of Aradippou now reaches 20,000 inhabitants. Today Aradippou is a focal point of the island's national road network and the Rizoellia transport hub is known in every Cypriot city.

Industrial growth:
Aradippou hosts within its municipal boundaries the largest part of the industrial zones that serve the wider area of ​​the urban cluster and the whole of Cyprus. 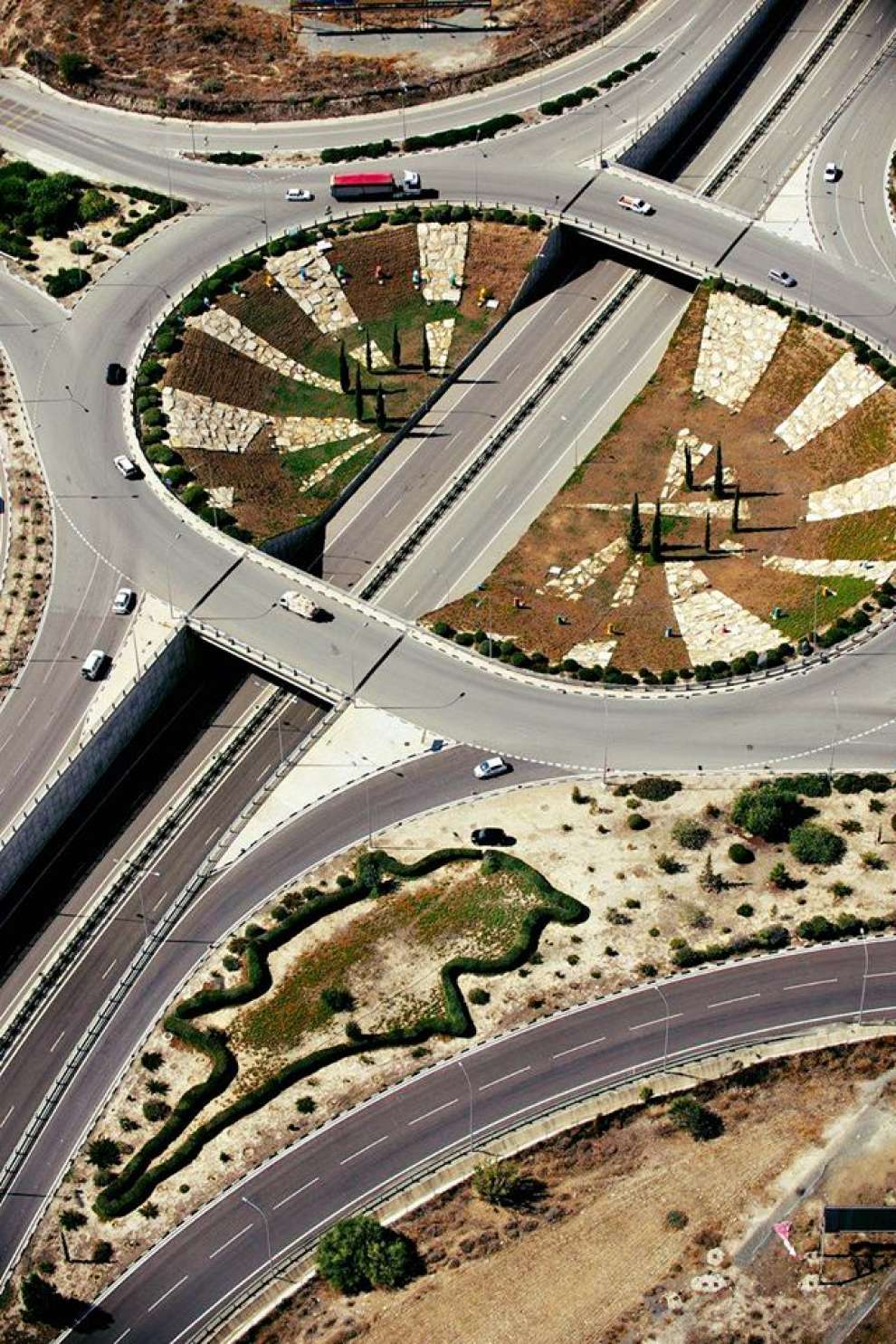 Rizoelia, Riziellia or Rizoviglia:
The humble forest on the north-western outskirts of Aradippou became famous throughout Cyprus, after giving its name to the large transport hub of Rizoelia. And while everyone wants to believe that the name of the region is related to the "rises (roots)" and the "elia (olive)", and they certainly believe that Rizoelia comes out of the older Rizielia, the truth seems to be different.

The original name of the area, as told from our elders, learned by the teacher Andreas Mitsigiorgis and transferred to us, was "Rizoviglia". But when a fictitious and pious landowner met it on his maps, he decided to censor the name and "redeem it". You see that our righteous ancestor was unaware that the verb is scorching, I notice, I watch, and that the risoviglias were the reveriations from which our grandparents saw the yacht to see no ships coming with Saracens corsairs, which was the terror of the Cypriots in the years leap of Arab raids.

Indeed, the area consists of low calcareous limestones from which you can gaze at the Larnaka Bay from Dhekelia to Kiti and beyond.

The old woods were cut by our grandparents and just a few years before the Rizoviglia trees were redeveloped. The pine trees and acacias of the forest were grown before the long-distance roads began to water them with flue gas and before the industrial area expanded to near the area.
Source: www.aradippou.org.cy 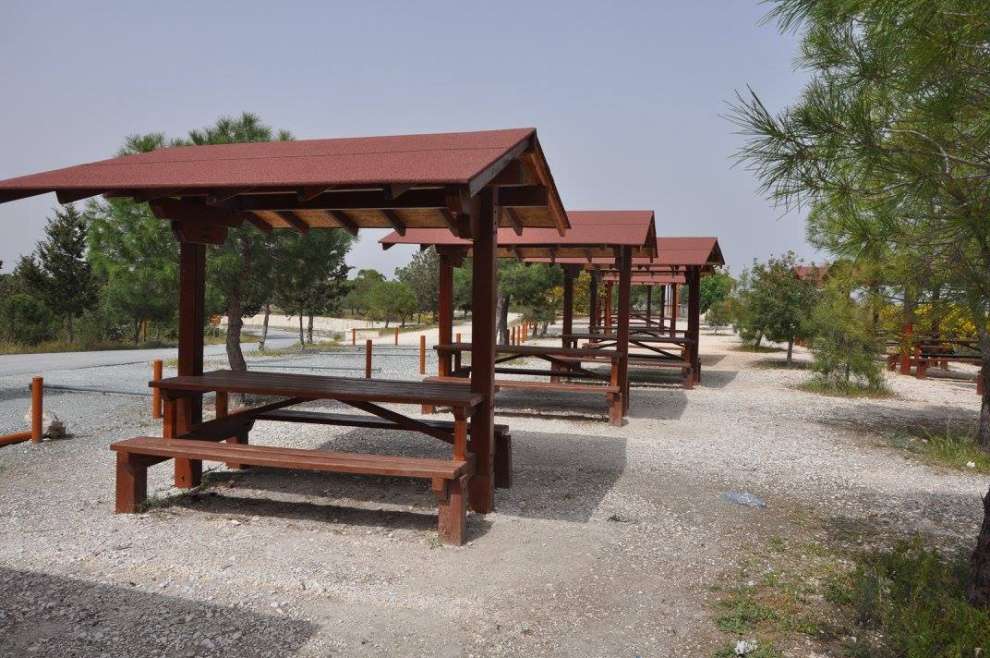