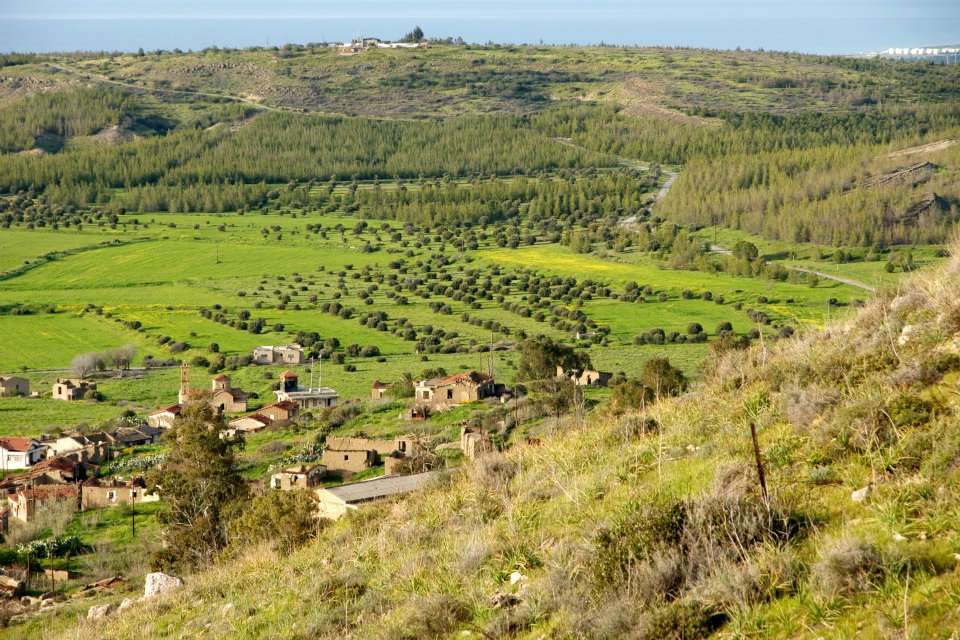 The beautiful green landscape with the abandoned houses cause mixed feelings 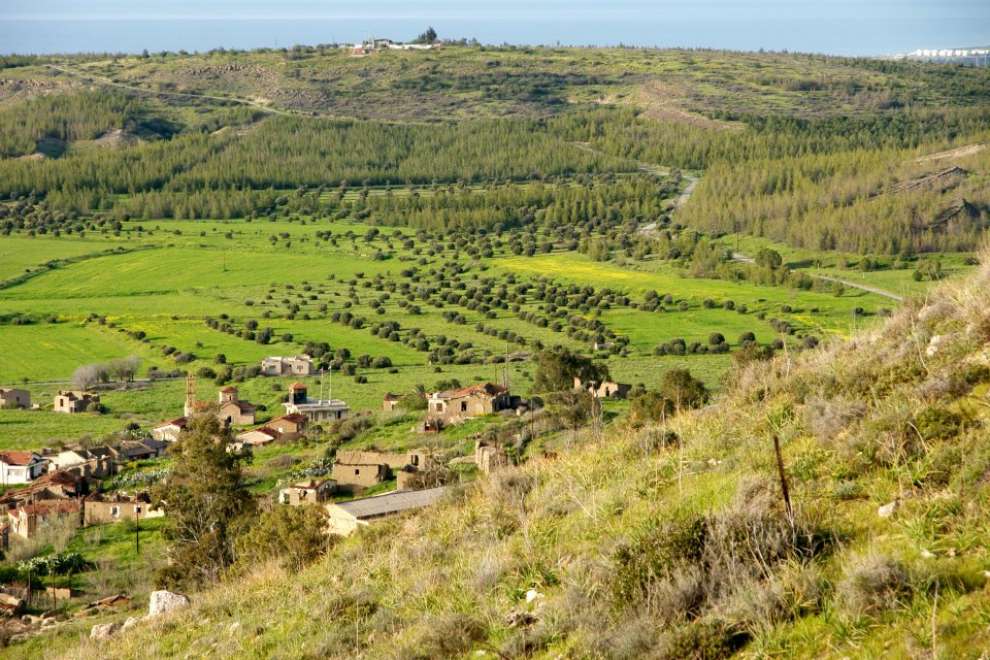 Skouriotissa is built at an altitude of 220m with a mild climate in the winter and relatively hot in the summer. It is a village literally drowned in the greenery of olive, pine and eucalyptus trees. 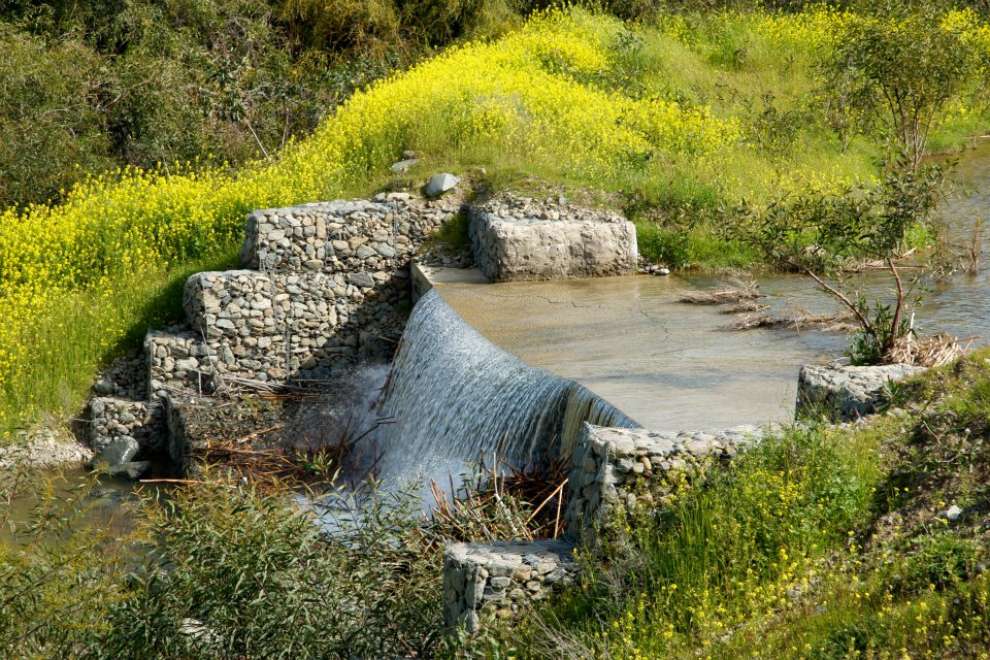 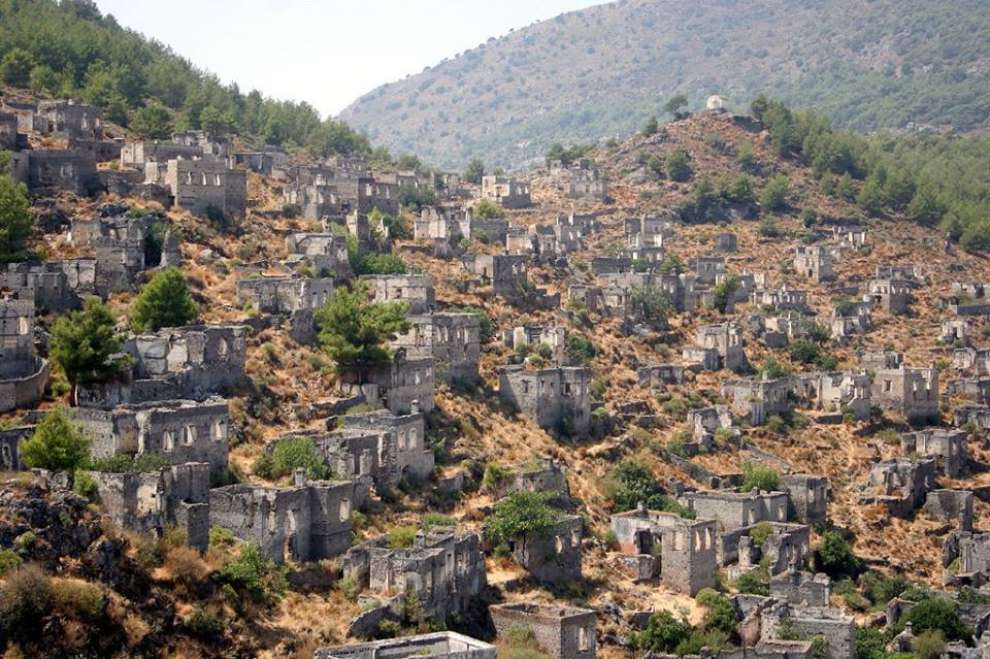 The history of the village:
The village of Skouriotissa was in fact a mining settlement created next to the homonymous mine. Almost all residents of the village were workers in the mine or were employed in administrative posts.

The exploitation of copper began in the Skouriotissa area around 1921 and continued vigorously until 1974. Mining and mining operations were used both for underground exploitation and surface exploitation. 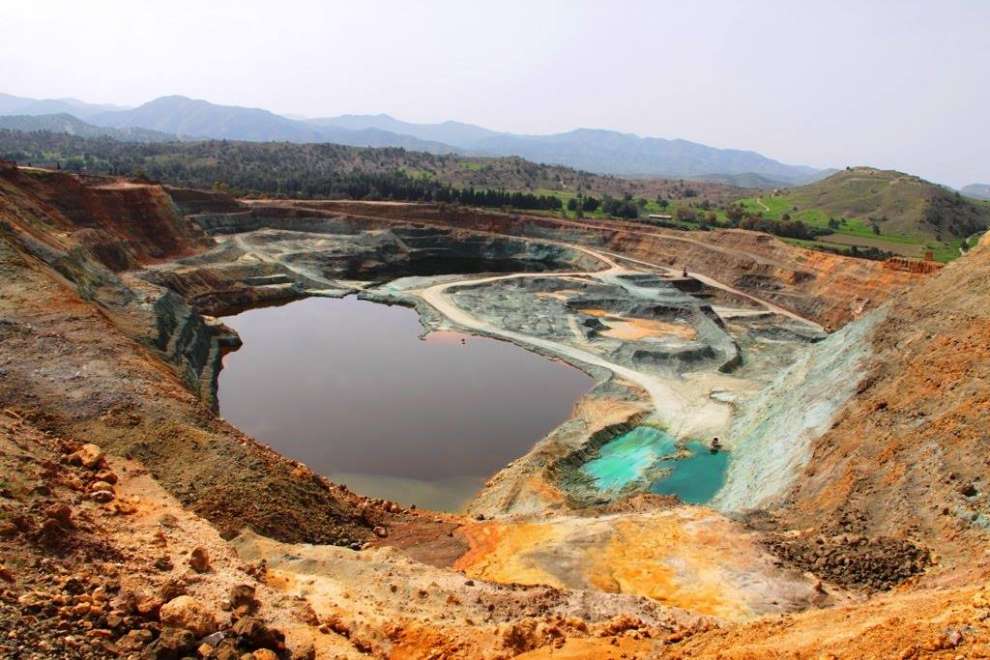 The copper mine of Foukasa - Skouriotissas has been operating since antiquity and is still the largest mine on the island. In the middle of 1996, it resumed operation and it is the only active mine in Cyprus today that continues to produce copper. Nearby, there is also an interesting museum for the mine, which highlights the mining activity of the area. 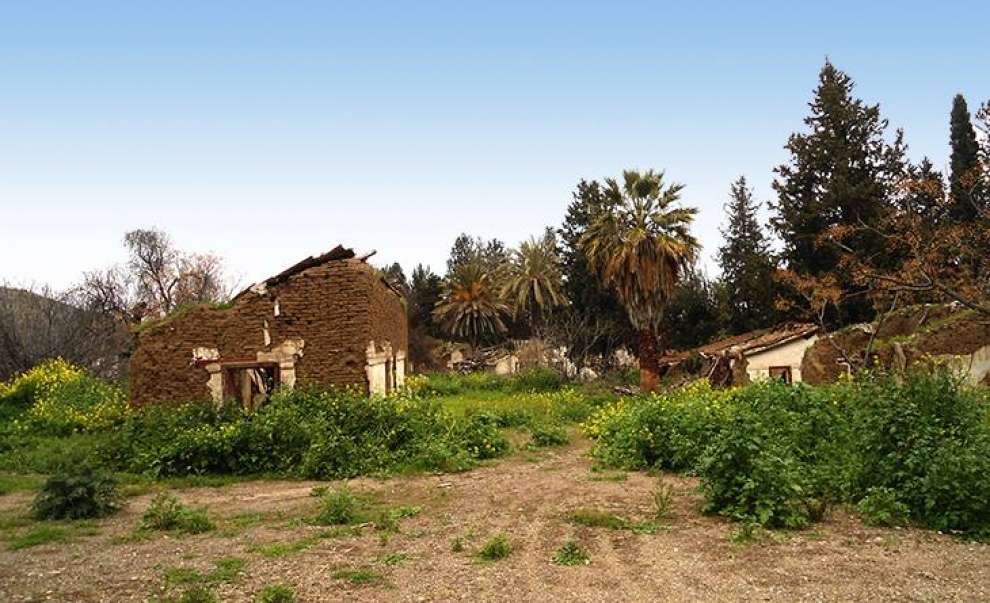 This is testified by the very expensive and beautiful houses with the magnificent courtyards housed by the managerial staff, right next to the mine, and the rough houses of the workers half a kilometre below and on the opposite side of Klariou.

Today the peacekeepers who oversee the dead zone use this village as their residence. In the mansion houses of the village, the officers of the passage reside, while the rest were left in time.

The name of Skouriotissa:
The name of the village is due to the "skouria" (meaning rust) that existed and still exists in the area, because of the bronze and the copper metal. 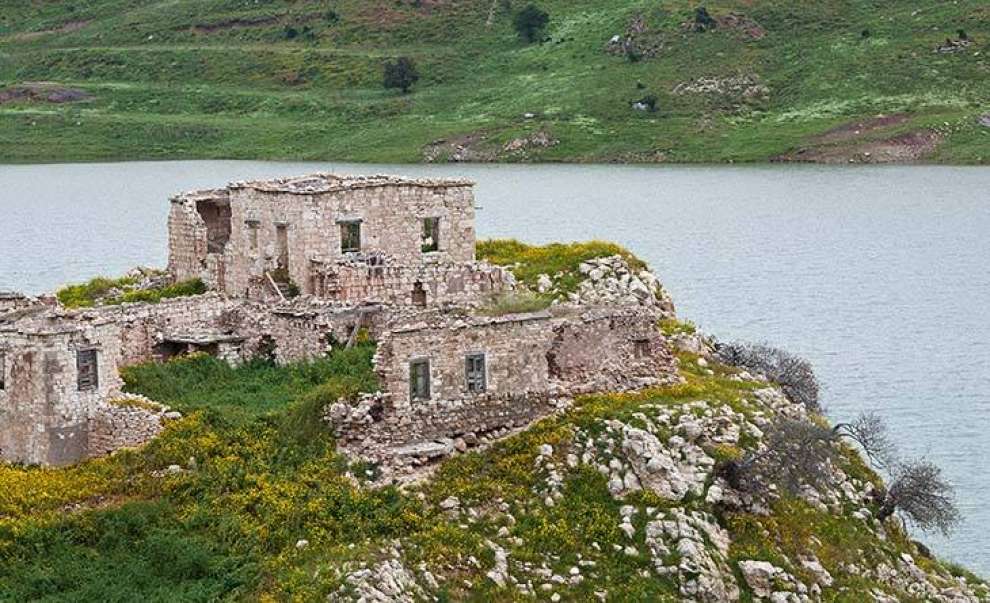 The occupations of the residents:
As we said before, the residents of the village were engaged in copper mining. Besides the mining in Skouriotissa there are endless olives trees. The largest olive grove belongs to the Morphou Metropolis and it produces organic oil.

The church of the village:
Walking through the village you will see the Monastery of Panagia Skouriotissa. An ancient monastery that once thrived in the village, however, today it is a little temple in the camp of the peacekeepers. 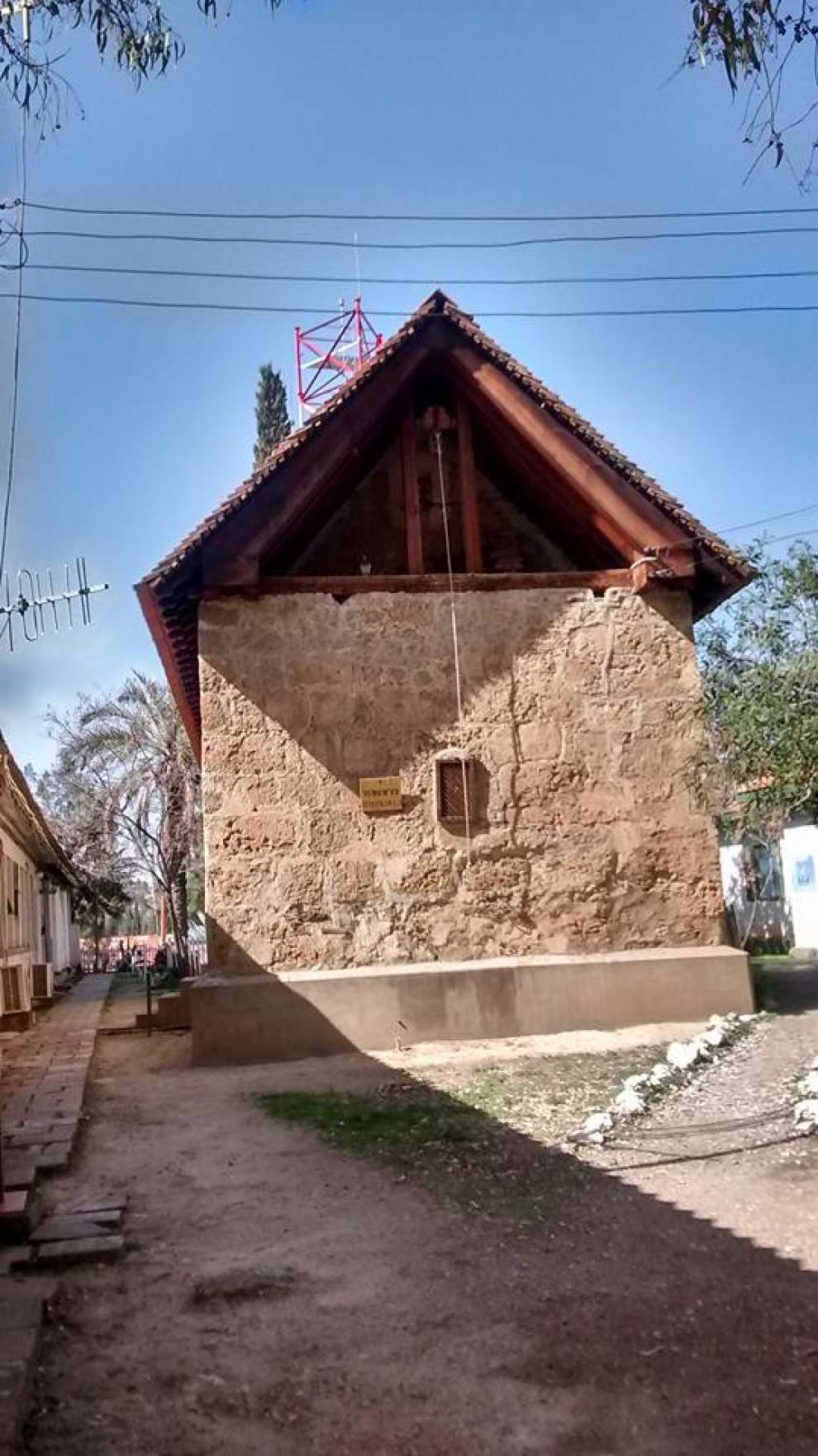 Finally, in Skouriotissa you can visit the sanctuary of St. Seraphim of Sarov, which was created by Father Ambrose, in the Sixties, in a lush green surrounding. 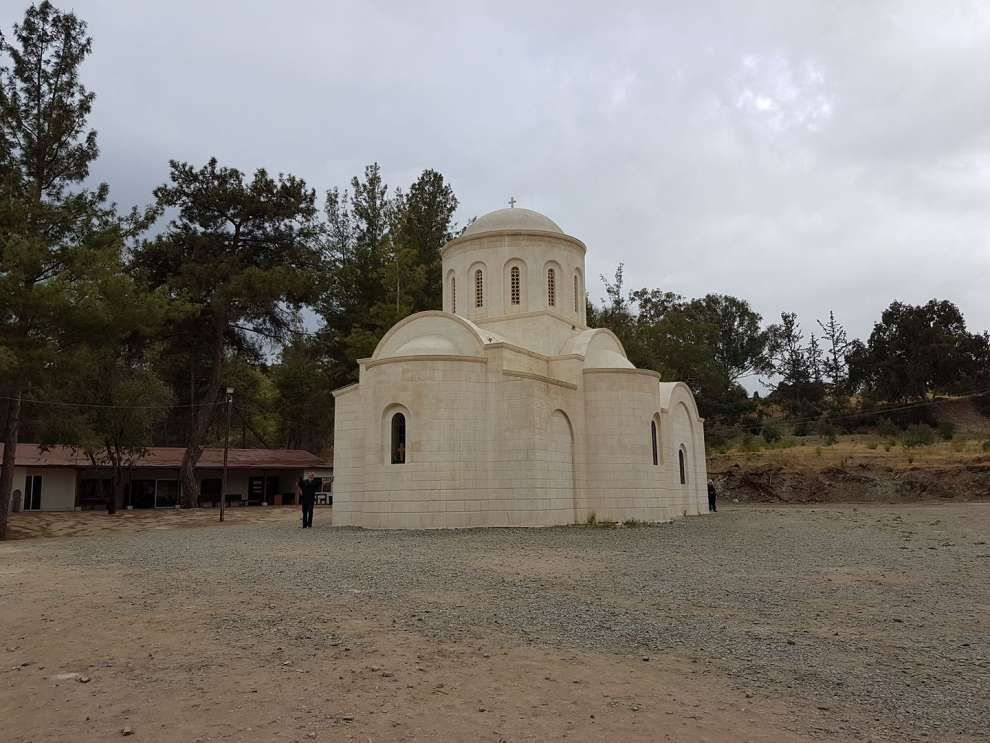