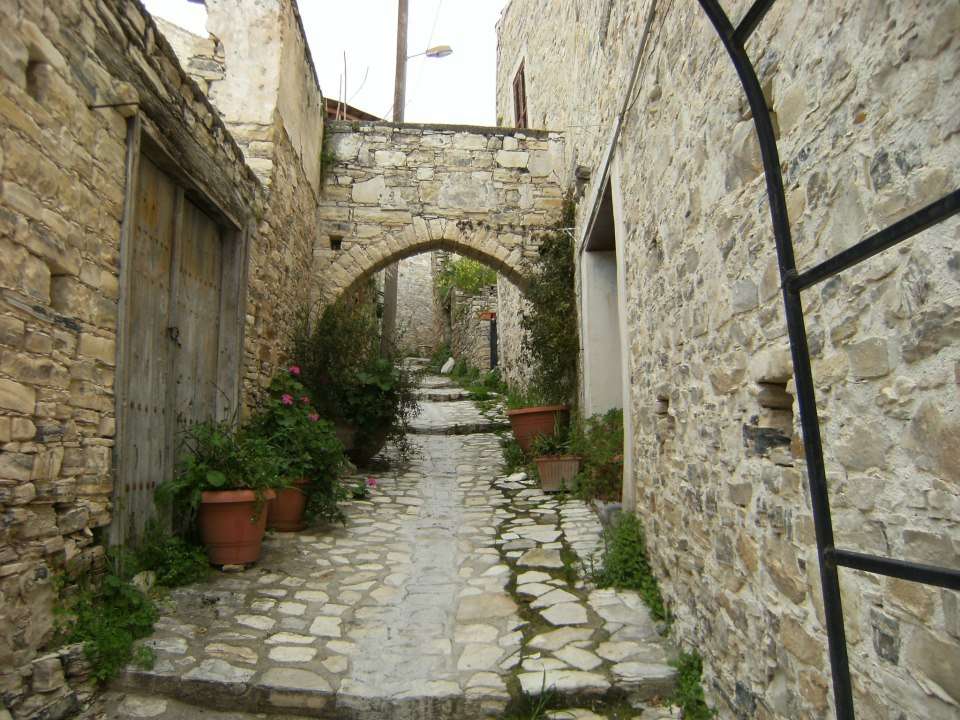 with the well-known Lefkara embroidery...

Lefkara is a picturesque village of Larnaka, built at the foot of the southeastern side of the Troodos mountains, 650m above sea level. 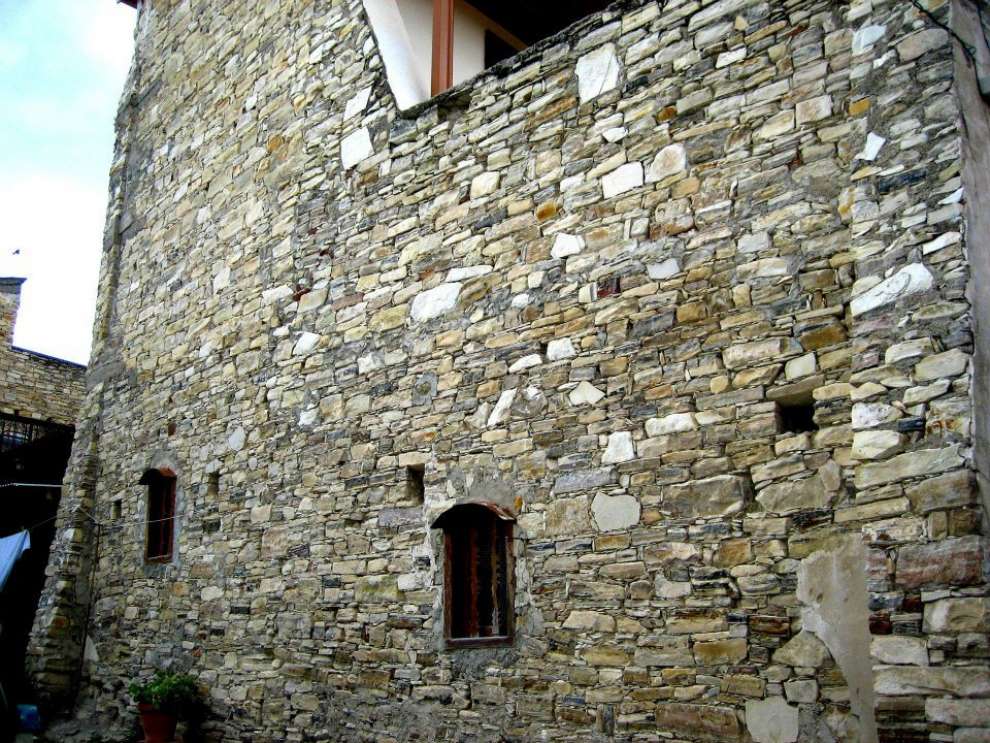 Pano and Kato Lefkara are two completely separate and independent villages, but with a common and interrelated cultural background, and they occupy a privileged position in the western mountainous area of the Larnaka province.

According to the 2011 census, Pano Lefkara numbered 762 inhabitants. 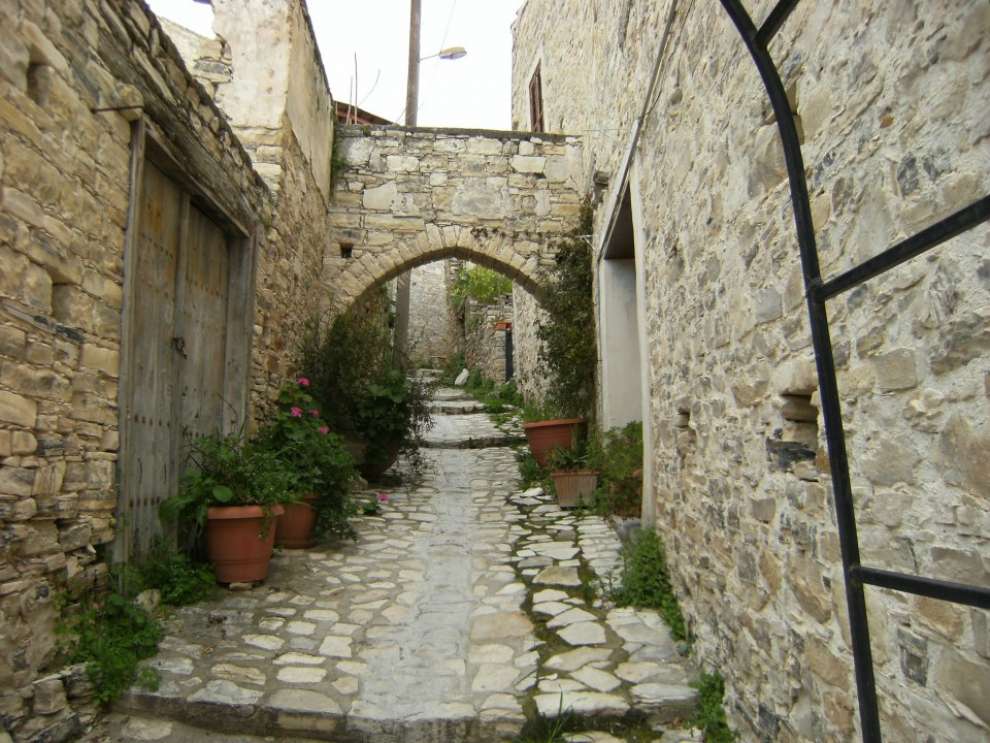 Historical data:
Until before the Ottoman domination, there was no separation between Pano and Kato Lefkara. In earlier sources, Lefkara is mentioned as a single settlement, which was obviously Pano Lefkara. The Kato Lefkara were founded by displaced Greeks.

At the southern lowest point of the village there is a tap of water that flows all year round. The village has begun to be built around this fountain. The area of ​​Pigi as it is called must be the nucleus of the first settlement.

The first written testimony of the existence of the Lefkara people with their own current name is given by Saint Neophytos in his Typical Testament, where he reports that he was born in Lefkara in 1134. 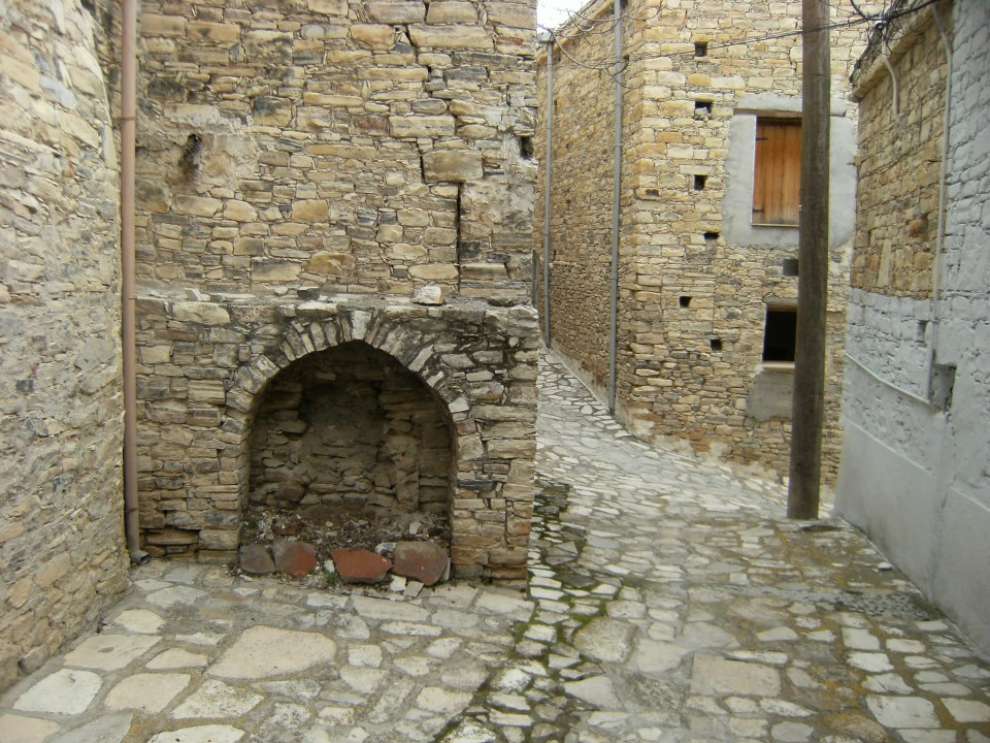 The second historical testimony dates back to the years of the Frankish rule (1191-1570) and it states that in 1308 they had been exiled for three years in Lefkara, all the leaders of the military soldier's Temple of the Templars, who with their unacceptable behaviour prevented the smooth operation of the Frankish status of Cyprus. During this period, Lefkara was a powerful and rich feud. According to De Latry, Lefkara is included in the list of royal estates. In older maps, the village is also written as Lefcara or Lescara.

Lefkara is one of the villages of Cyprus that existed before the Frankish rule. During the Byzantine period it refers to several historical and Byzantine sources as it is also referred to as the birthplace of Saint Neophytos. 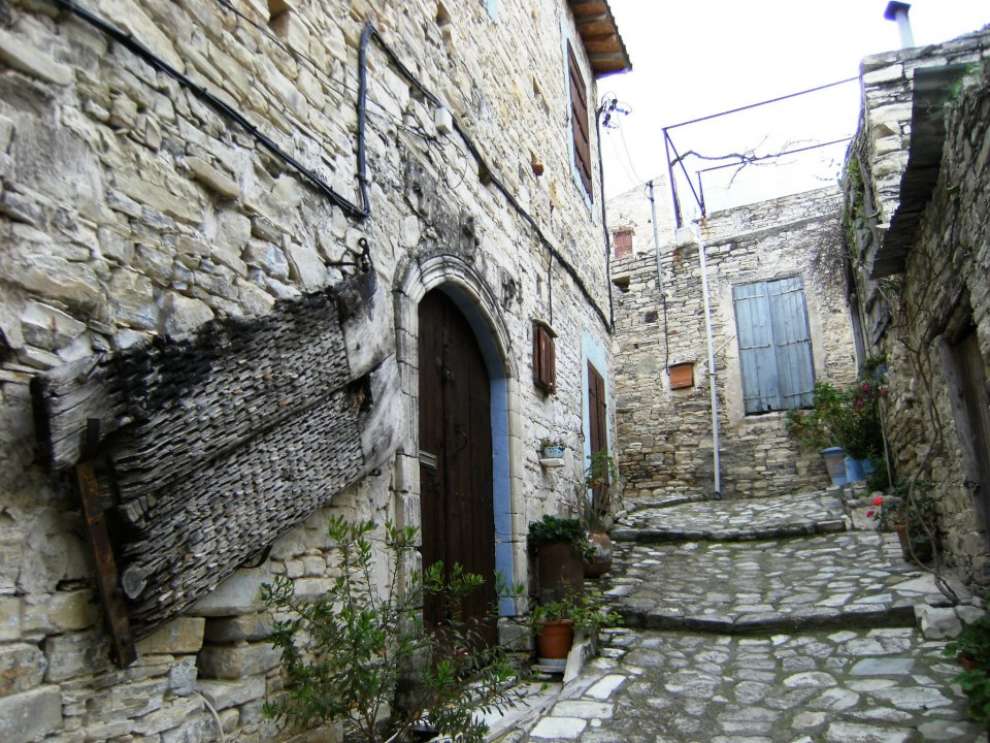 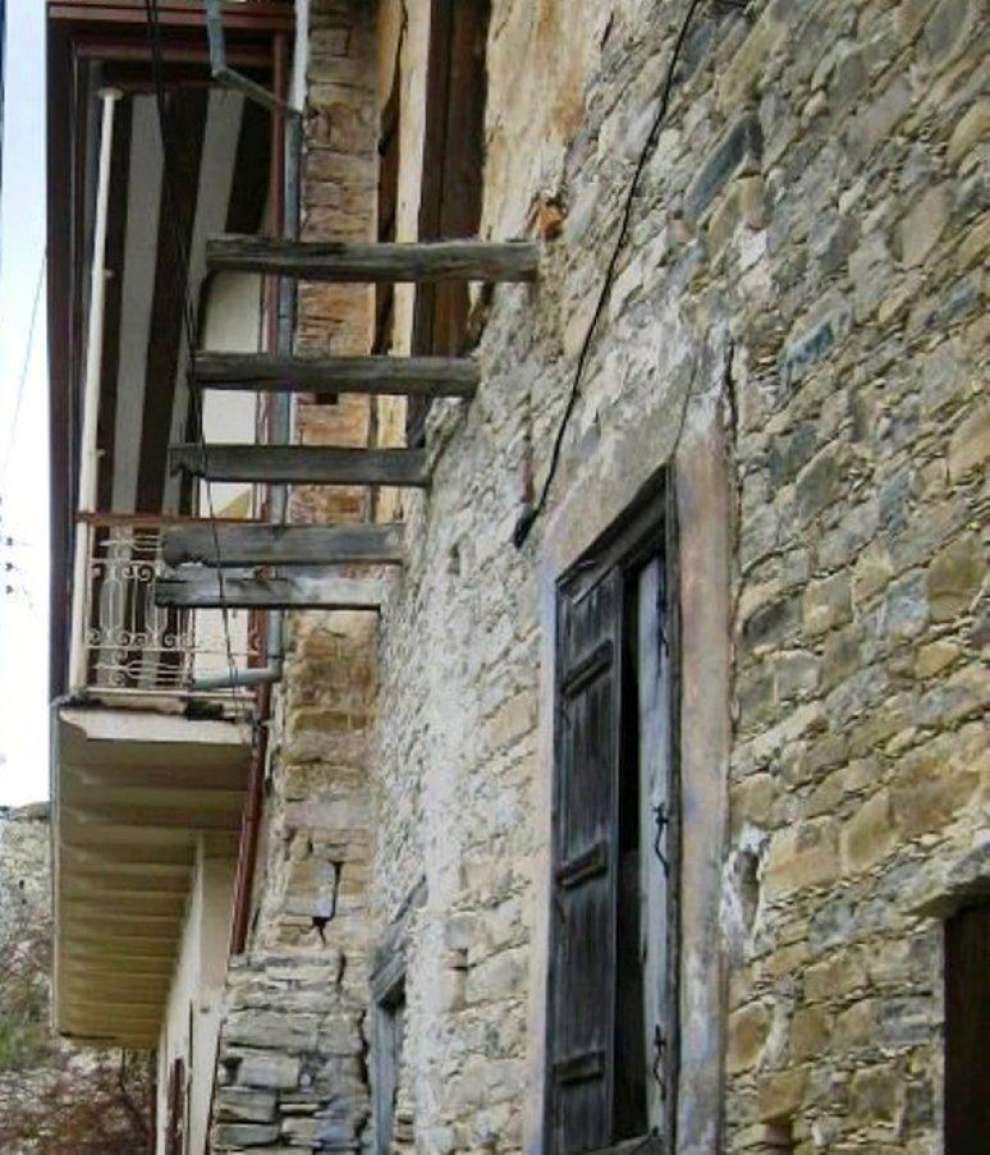 Sights and Churches:
Walking in Pano Lefkara, you will undoubtedly be impressed by the narrow streets and the impressive architecture of the houses. More specifically, the houses of Pano Lefkara are built amphitheatrically around the village's Source. They are characterised by dense construction and full introversion, as they are surrounded by large fluted and tall slopes. The streets of the village are narrow and paved, while the facing balconies are built one almost glued to the other. According to the local tradition, the engraving alleys are based on whether an animal loaded with a sack of carobs could pass. 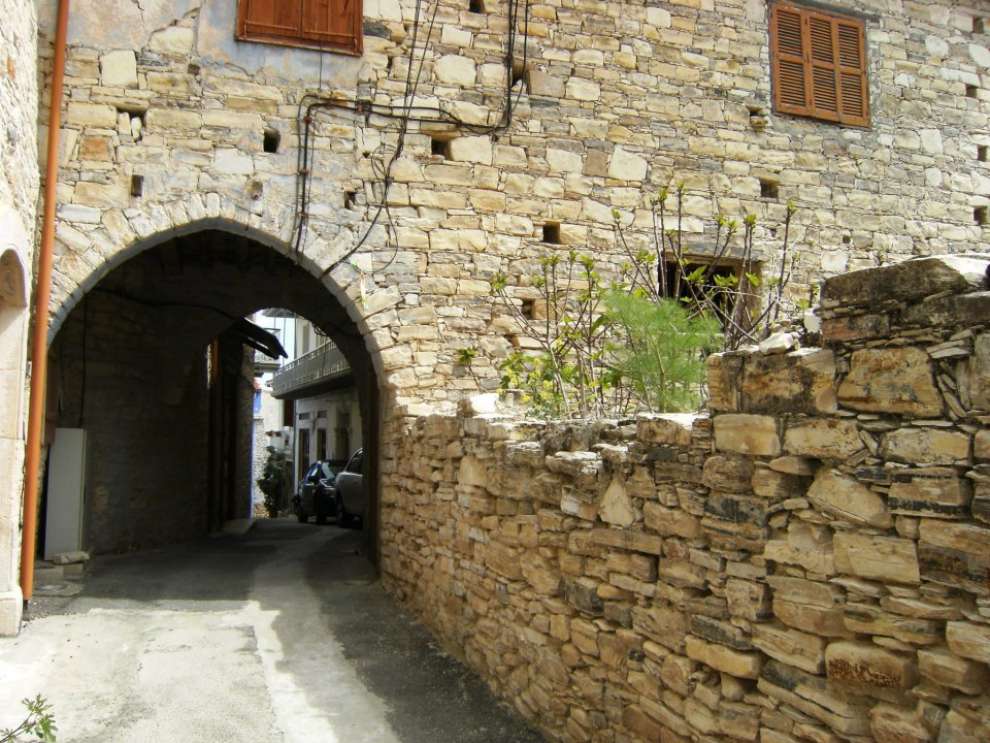 A very impressive element in the construction of the houses in Lefkara is the arches that dominate everywhere with nice proportions, round and once pine, influenced by Frankish and Venetian standards.

In addition to the impressive folk architecture of the houses, the visitor will see in Pano Lefkara, the Lefkara Handicraft Canter as well as the Local Ethnological Museum of Traditional Embroidery and Silverware, which is housed in the 19th century Patsalou House, traditional costumes, silversmiths and an interesting collection of Lefkara embroidery. 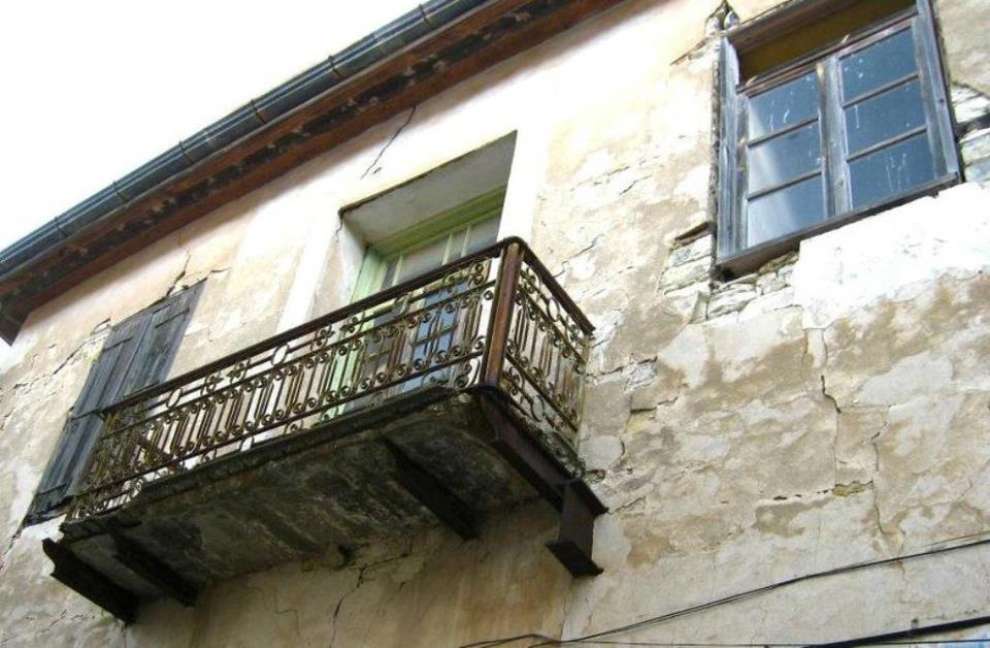 Apart from the large church of the Holy Cross, which is a 14th-century building, Lefkara is full of chapels.

At the entrance of the village is the chapel of Saint-Timothy and below is the largest chapel of Archangel Michael, with frescoes inside. Immediately after the exit of the village, the Byzantine chapel of Panagia of Livadiotissa is built, in front of which a panoramic view of the Sirkati River valley spreads through the impressive rock of Kourvelos. Also in Pano Lefkara dominates the temple of the Transfiguration of the Savior, a building of the 14th century. 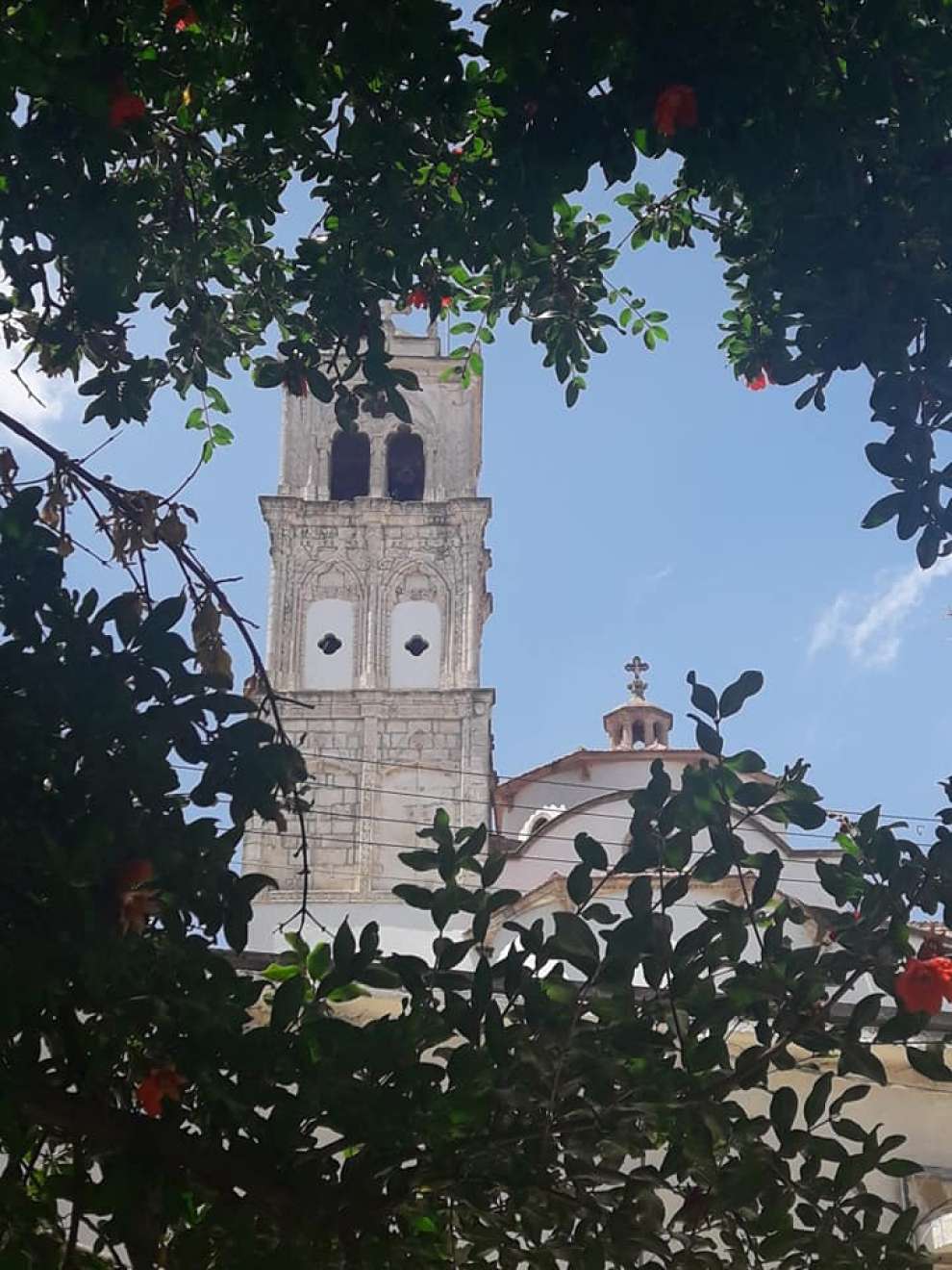 Crops, Products and Occupations:
In Pano Lefkara, there is a limited area of ​​arable land in which wine grape varieties, olives, almonds, carobs, a few citrus fruits, fodder plants, beans, a few fruit trees such as figs, pomegranates and plums and very few vegetables are cultivated.

However, the largest area of ​​the village is uncultivated and it grows wild natural vegetation, mainly pine trees, lime trees, thyme, wild groves and wild olives.

Apart from farming, the inhabitants of Pano Lefkara, as well as in the neighbouring village of Kato Lefkara, developed the art of embroidery, which reached very high levels, just like the Silverworks. 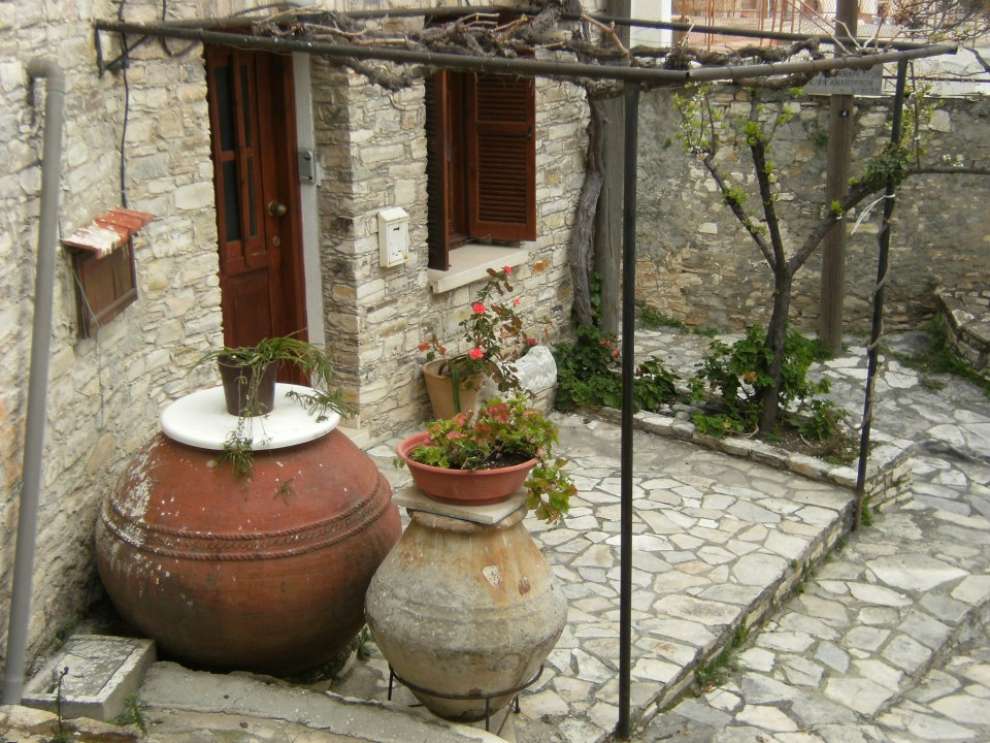 The 38th Lefkara Festival will take place in the village of Lefkara!

The Annual Festival will take place in August ......