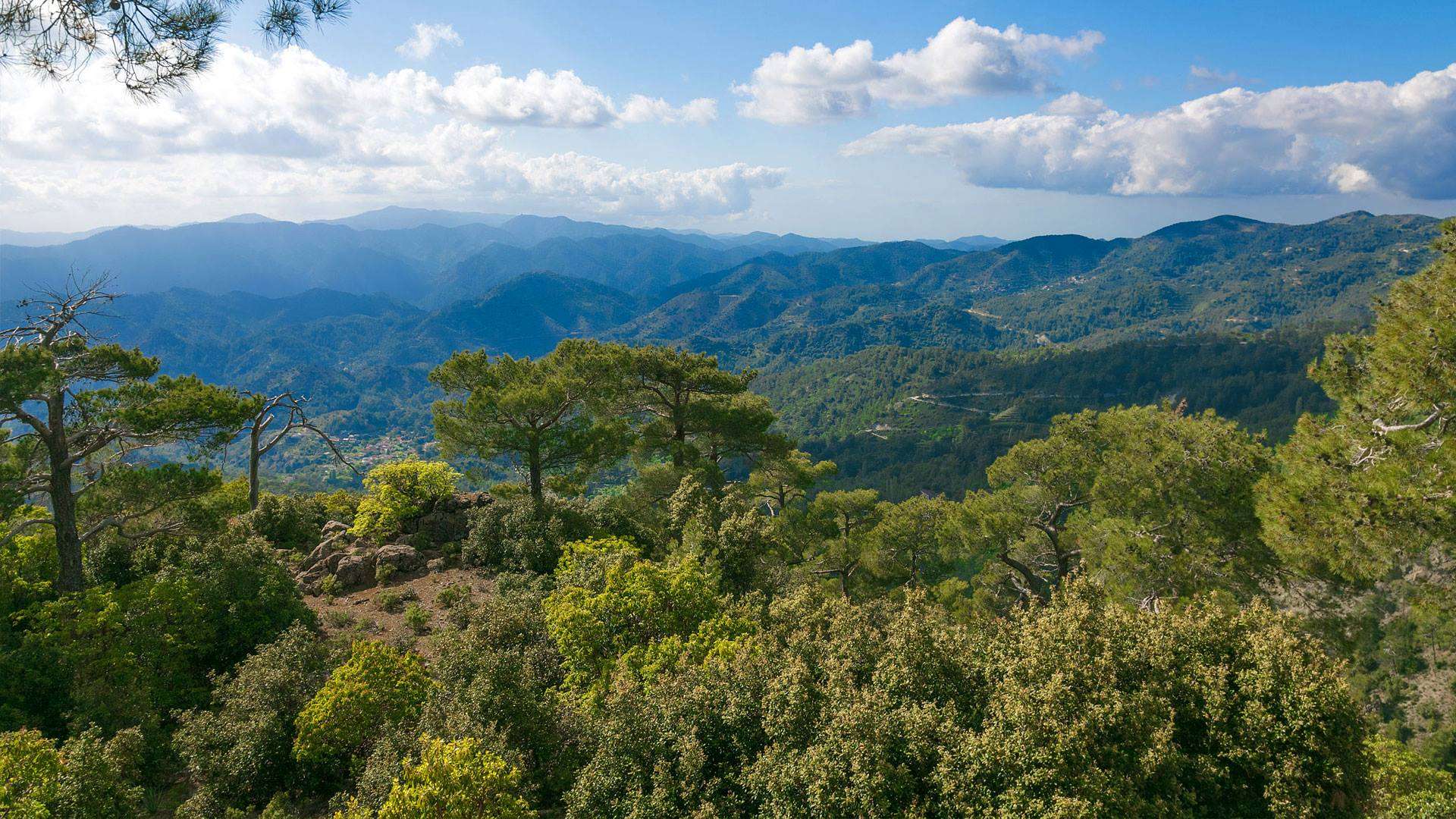 Discover the mountains of Cyprus and breathe fresh air!

Troodos is the highest mountain in Cyprus with peaks reaching an altitude of 1952 meters. Troodos is also called the area near the peak of Chionistras. The name of Troodos comes from the fact that the three streets connecting the mountain with Nicosia, Limassol and Prodromos meet at the "Troodos" site. According to another version his name came from the "mountain-Ados", that is, the mountain of Adonis.

Troodos covers 1/3 of the island's area, hosting large woodland, rich flora with a variety of endemic plants and rich fauna. In addition, it is the most important source of water for the island since the main rivers originate there. 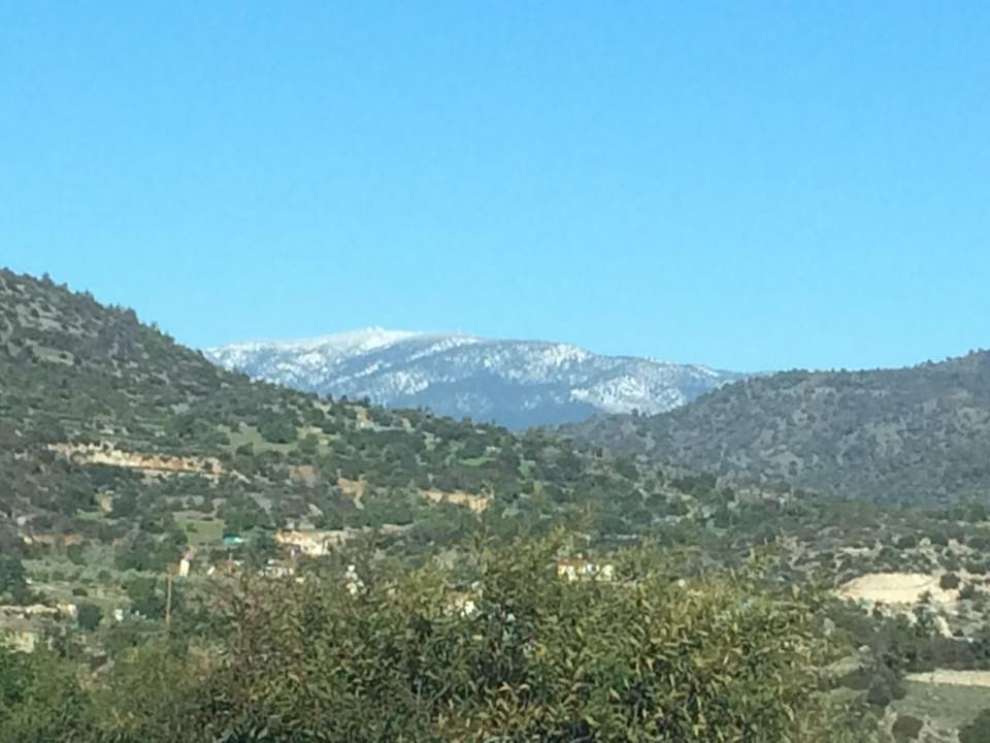 Nature Trails and Forests of Cyprus have a high ecological value. Scattered in all areas of the island, you will encounter these enchanting trails, especially in the mountain areas.

They are one of the most important outdoors and forest recreation facilities in Cyprus. The Department of Forests has developed a large number of nature study paths in state forests which offer opportunities for direct contact and acquaintance with Cypriot nature while serving environmental education, information and physical exercise.

In the area of the Troodos Geopark there have been developed around 40 nature study trails that provide the visitor with the opportunity to walk safely for exercise and acquaintance with the natural environment of the area. There is a wide variety of routes from small (one kilometer) to very large (17 km or the European E4 in the Geopark is 118 km long), circular or linear routes, easy and difficult.

In Troodos there are today (2018) the following state forests:

State forests are under the jurisdiction of the Department of Forests of the Republic. Within the boundaries of the state forest is prohibited by law residential or any other developments. 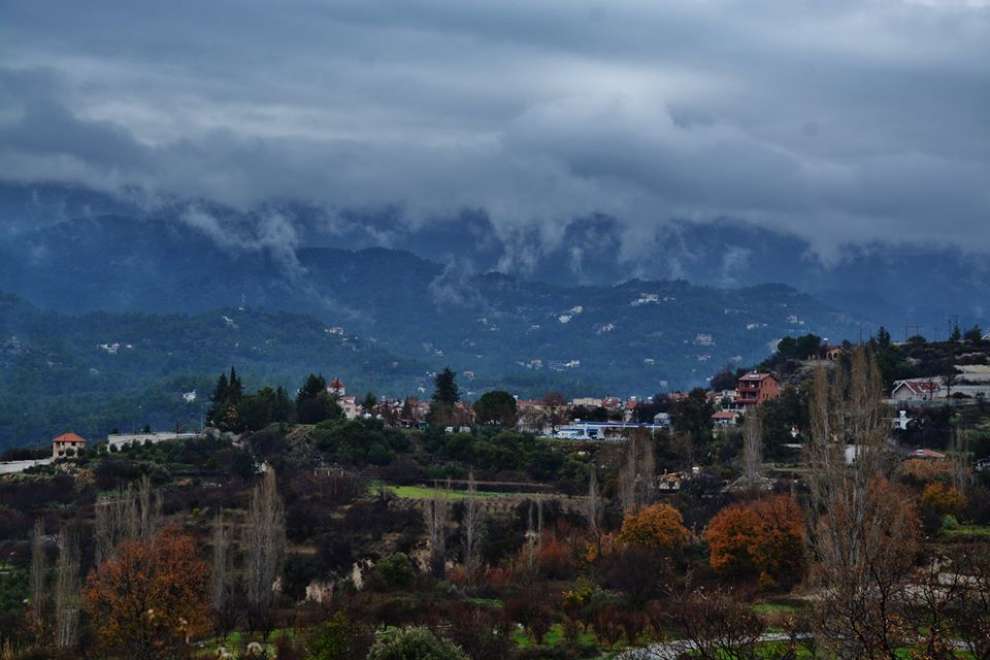 The natural beauties of Cyprus include the small but wonderful waterfalls located in the Troodos area a few kilometers from each other. All waterfalls are surrounded by a rare natural beauty and despite the drought that characterizes our island, they continue to cool us with their cold waters. It is no coincidence that hundreds of local and foreign tourists make excursions to the waterfalls of the island.

The waterfall of Calidonia, in Platres, as well as that of Millomeri, is formed by the flow of Krios River is one of the most famous in Cyprus.

At the top of Troodos (Olympus) there is Ski Club with the following four ski slopes:

Here, one can enjoy the winter sports under the magnificent Mediterranean blue sky. You can ski on the slopes of Mount Olympus, usually from the beginning of January until the end of March. An international F.I.S. a ski competition is organized annually by the Ski Federation of Cyprus. Ski lifts are open from 9:00. The ski resort is located in the "Sun Valley" area. It is operated by the Ski Club of Cyprus and is run by trained technicians. The ski shop is open throughout the week during the winter season. 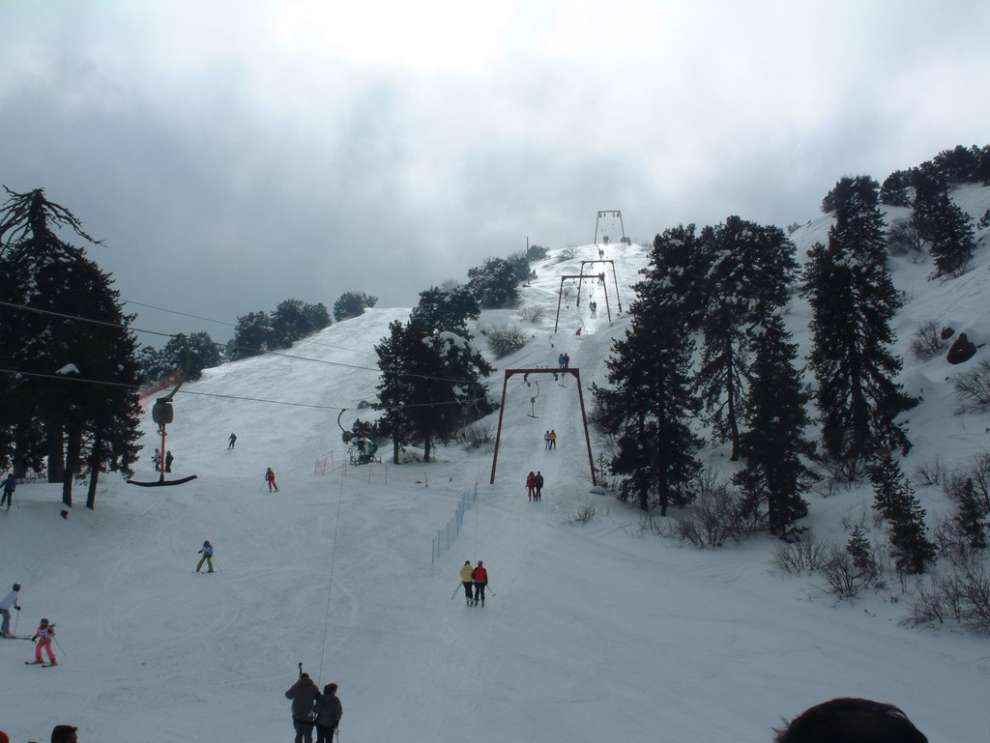 Troodos, due to the climate, its rich fauna and flora, is an important attraction for thousands of travelers and hikers every year to explore and spend moments of relaxation and tranquility.

Troodos Geomorphology
The central part of the Troodos mountain range is characterized by smooth slopes and rounded peaks, while there are more steep slopes and deep valleys perimetrically. The southwest edges are characterized by heights with relatively flat surfaces, separated by deep valleys. Troodos (1362m), Kykkos (1318m), Chionistra or Olympos (1951m), Madari (1613m), Papoutsa (1554m), and the most important tops of Troodos are from the west to the east. Kionia (1423m). 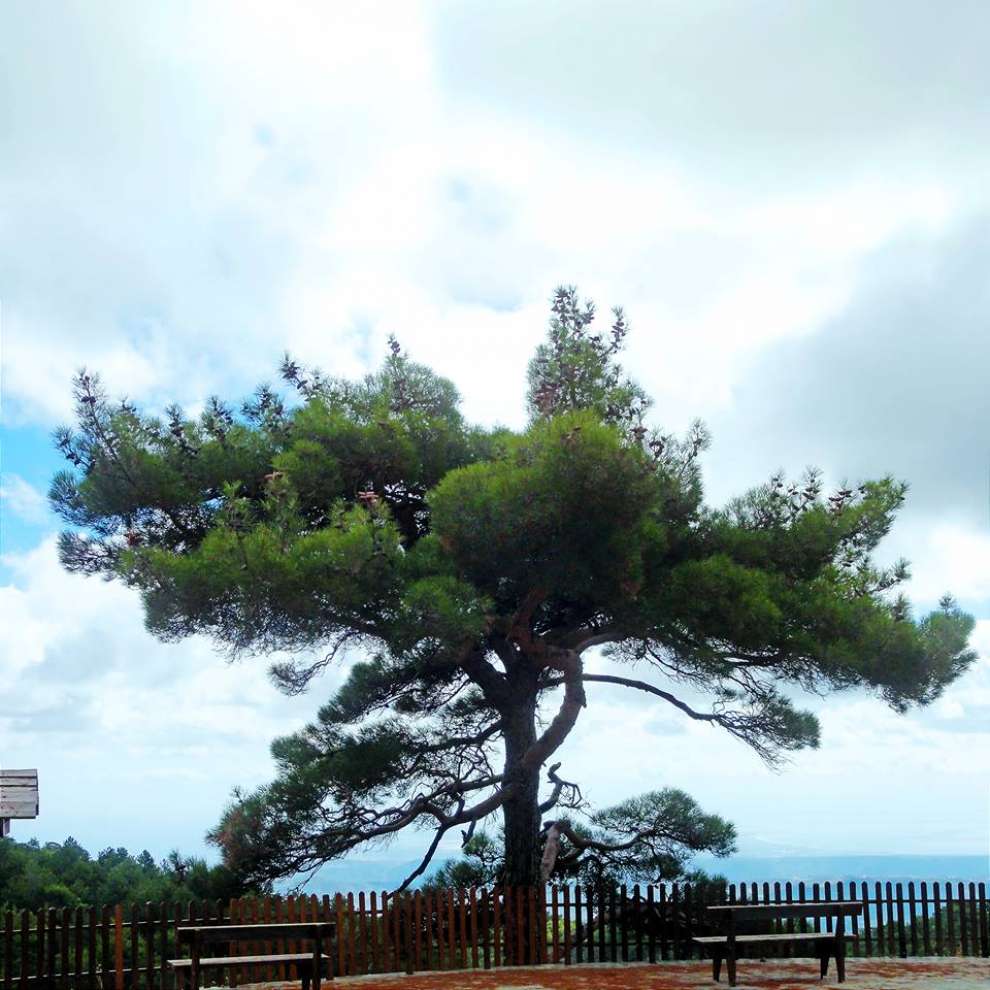 Climate in Troodos
Troodos, like the whole of Cyprus, is characterized by a Mediterranean climate with dry and hot summers and cold and wet winters. Significant is the effect of altitude, which causes temperature drop and increase precipitation. In Prodromos (altitude 1420 m), average daily temperatures range around 22 ° C in July and around -8 ° C in January. 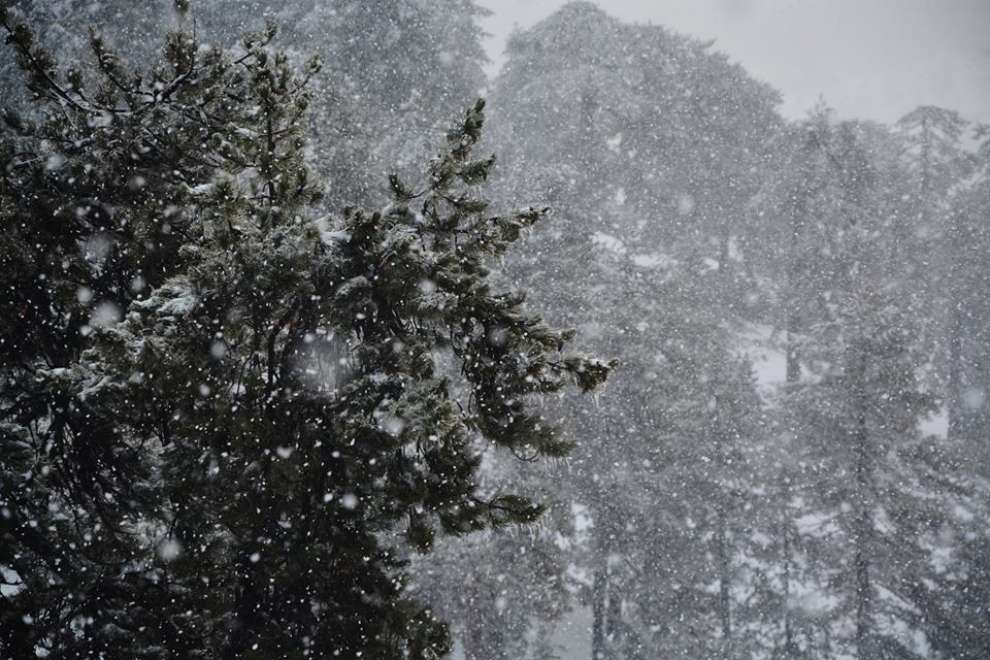 Finally, around the top of Tripylos and to a limited extent you will see endemic cedar (Cedrus brevifolia). 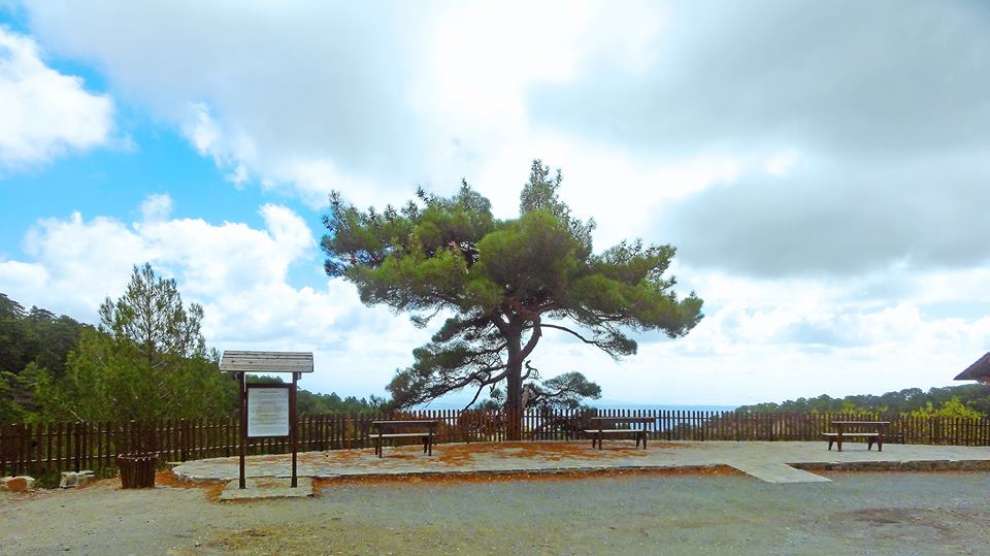 Troodos Fauna
The predominant element in the Troodos Mountains is the Ovis gmelini ophion, which spreads mainly in the Pafos Forest. Since 1930, strict measures have been taken to protect it, and today its population reaches 3000. Other species of mammals living in the Troodos Mountains are the Vulpes, the hare (Lepus europaeus), the Erinaceus europaeus, as well as a number of small rodents and bats. From reptiles, the Macrovipera lebentina often nests under the shade of the oak. Troodos mountain bird population includes the common raven (Corvus corax) and Hieraetus fasciatus, Loxia curvirostra, Certhia brachydactyla dorotheae, Luscinia megarhynchos, griffon vulture, Gyps fulvus, for which a protection plan has been developed and implemented. 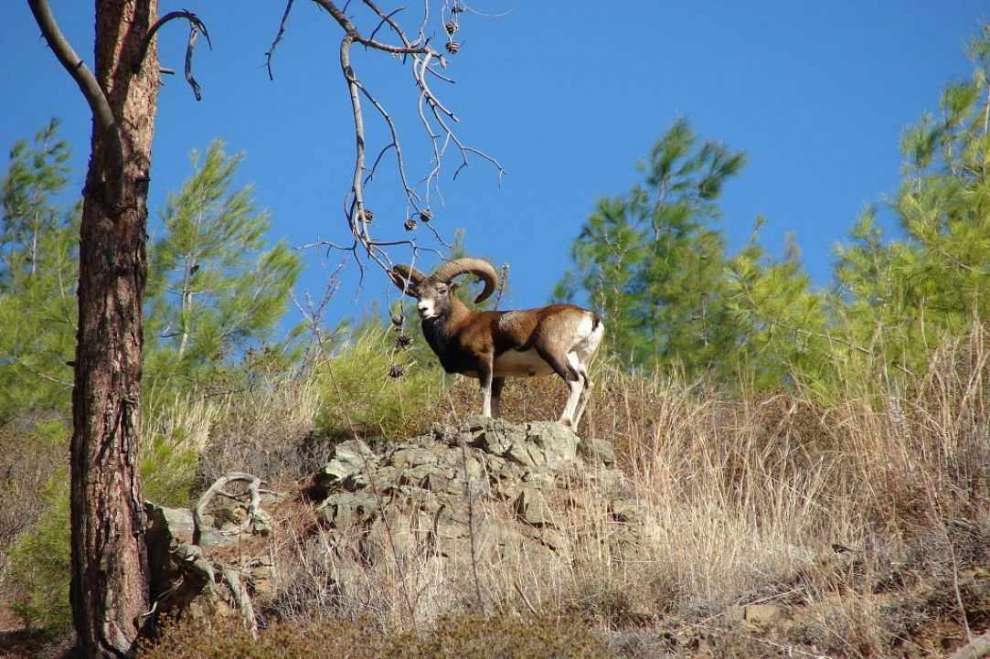 The Churches of Troodos
Across the Troodos area you will find churches and monasteries. Characteristic are the churches with a biconvex wooden roof covered by flat hooked tiles, which prevailed in the area since the 12th century. Ten churches of Troodos have been included in the UNESCO World Heritage List entitled "Frescoed Churches in the Troodos Mountains".

In Troodos, many also enjoy various physical and mental demanding sports or hobbies such as Mountaineering, Climbing and Hiking.

Mountaineering in Troodos: Climbing is a sport, hobby or even a profession that involves walking, hiking and climbing backpack in mountain areas, such as Mount Olympus. Although mountaineering began with the aim of approaching the highest point of a particular inaccessible mountain peak, it is divided into categories and specialties covering the various mountain types and divided into three categories: rock climbing, snow and skiing, depending on whether the route followed is on rock, snow or ice. All categories require experience, athletic ability, and technical knowledge to maintain safety. 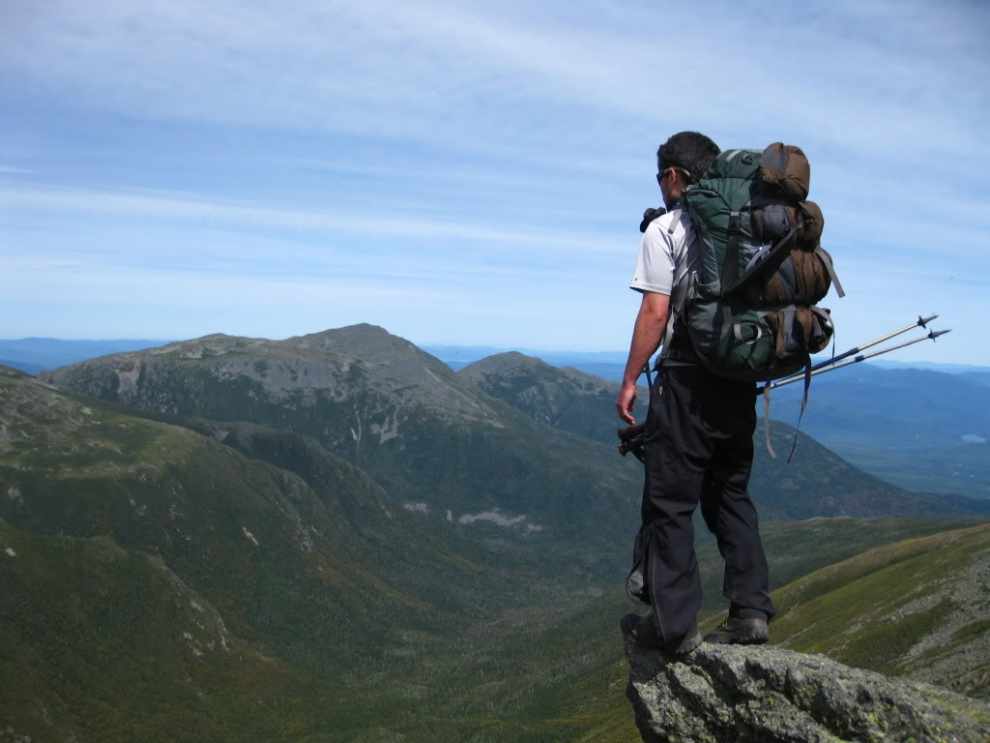 Climbing in Troodos: Climbing in Cyprus has become a very social sport and various clubs and local teams are always ready and willing to welcome new climbers as their members and share information on sport, education, routes, and various events and competitions. Online forums are a great way for climbers to find companions and join groups to practice the sport. By increasing the number of safe racing routes, Cyprus is offered both for beginners and experienced mountaineers who can enjoy their sport in mild weather conditions even during the winter season. Unlike European climbers who, due to the bad winter weather conditions, are simply confined to climbing indoors and not enjoying their sport at all like they should. 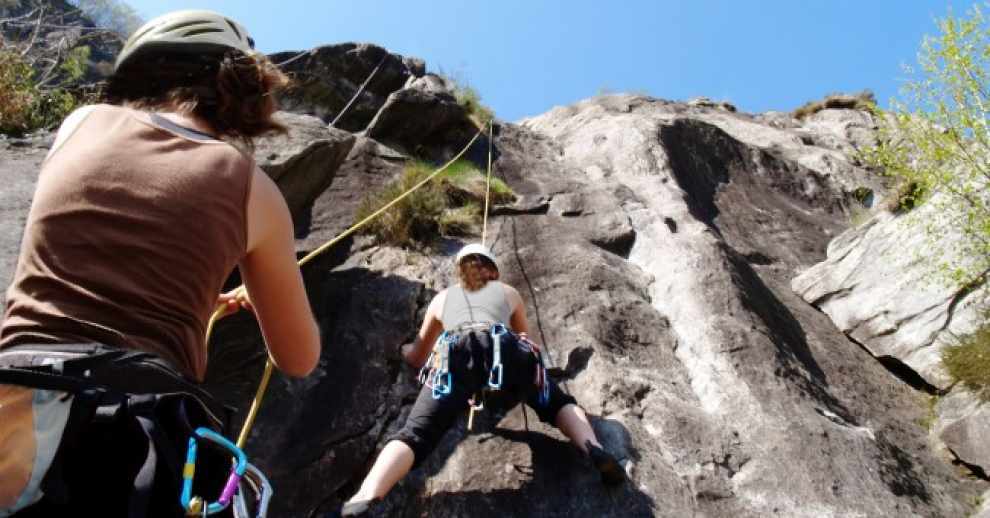 Hiking in Troodos: Walking on the mountain Troodos trails, forest roads and paths. Exploration of areas with dense forests and forgotten hamlets. A unique activity that leads to new destinations, provides health and guarantees images of enchanting beauty that each participant can take a mental image or catch the beauy on their camera! The activity is implemented all year round and can be hiking or multi-day (trekking). To take part in one-day or multi-day simple hiking all you need is your mental and physical health. The most demanding hikes require good physical fitness.
Equipment: You need hiking shoes, comfortable clothing, waterproof, hat, sunglasses, backpack, water bottle and light food. For many-day hiking the sleeping bag and a camera must surely be a part of your equipment. 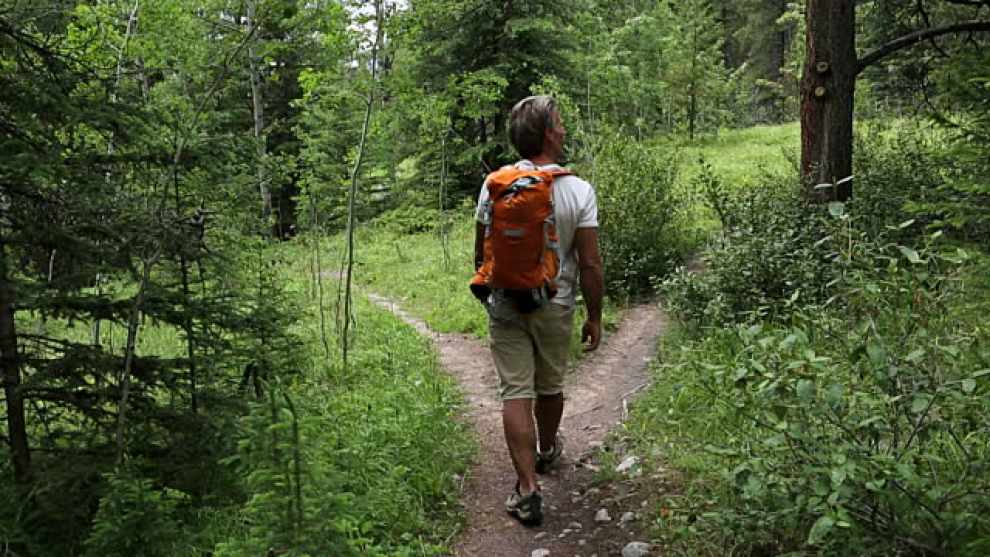 In the Troodos Mountains, there are many available hotels and restaurants that can suit every taste! From traditional Cypriot cuisine to international cuisines, there is something for everyone!

To have a virtual view of what the weather today is in Troodos, take a look at the Troodos webcam, check it out here!

Would you be interested in a winter hike on the "Loumata ton Aeton" na...

Cyprus from Air is organising a hike on the 19th J...