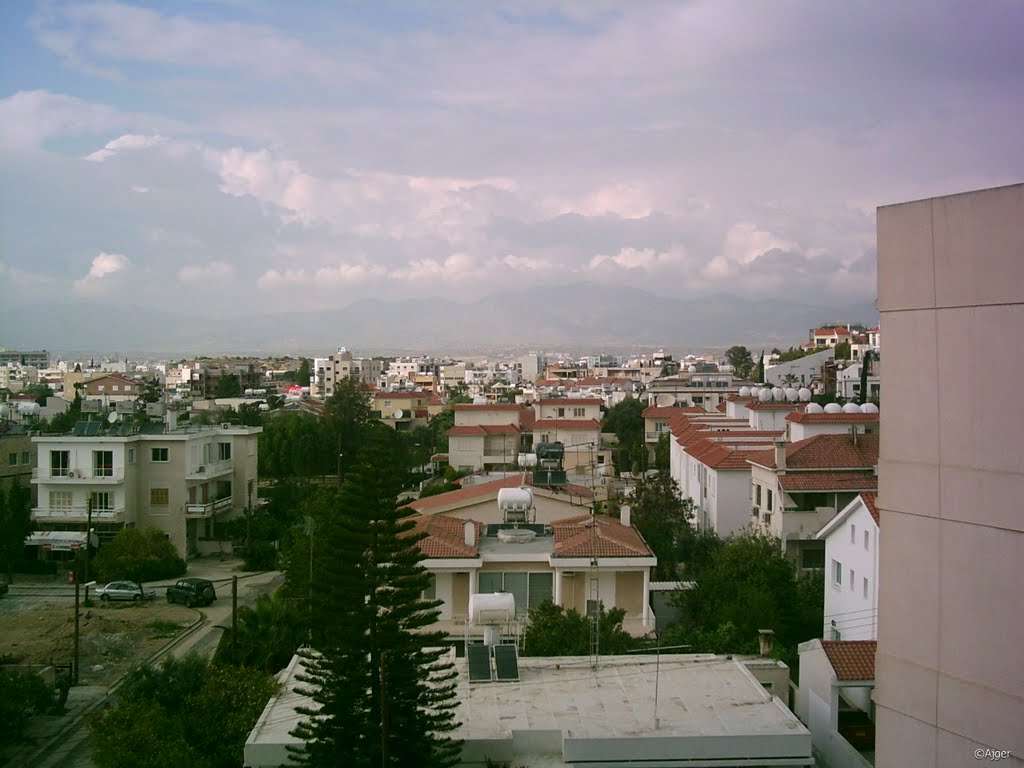 Engomi was famous for silkworm rearing and produced good quality silk, and as a result, women were also engaged in weaving.

Engomi is located about 3 kilometres southwest of the capital and it is an independent municipality since February 1986. The first mayor that was elected was Mr. Michalakis Zivanaris. 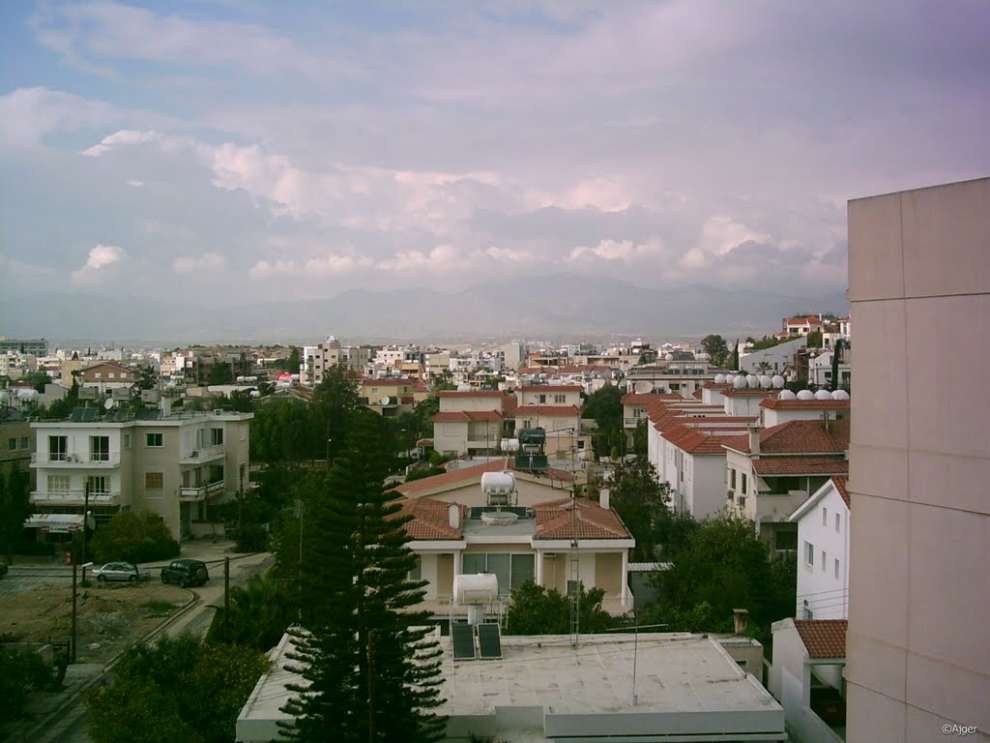 The name of the area came from the words "new komi" (meaning New Town), from where it went to Nengomi and finally it became Engomi. 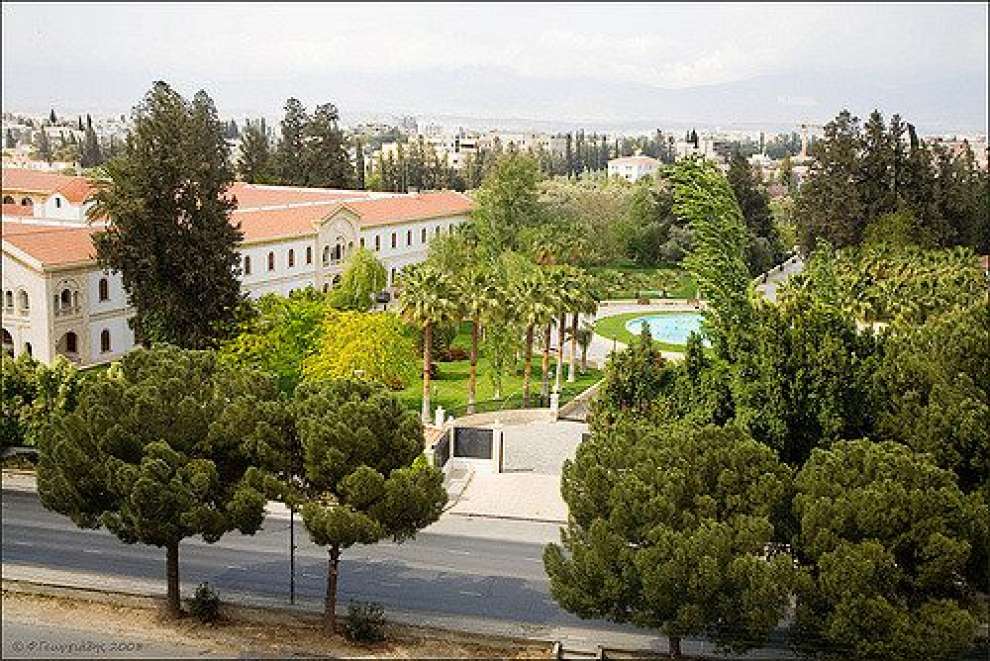 The establishment of Engomi:
It is likely that Engomi was founded in 1567, after the houses, settlements, churches and monasteries that had been left outside the old Lusignan walls of Nicosia that were demolished by the Venetians and replaced the present Venetian walls of the capital, wanting to limit the perimeter of the old walls. At that time, the homeless people of the demolished settlements moved southwest of Nicosia and three kilometres from the new city walls and one kilometre from Agios Dometios, which existed before, and so they founded Engomi.

The old Engomi was the area that stretched north-east of the old church of St. Nicholas. The first houses of the area were brick-built, ground-floor, small in the majority, without an outside courtyard. The oldest brick-built house that is preserved is a large ground floor, at Stylianos Lena Street, 12 of 1895. The streets of the village were dirt roads and very narrow. 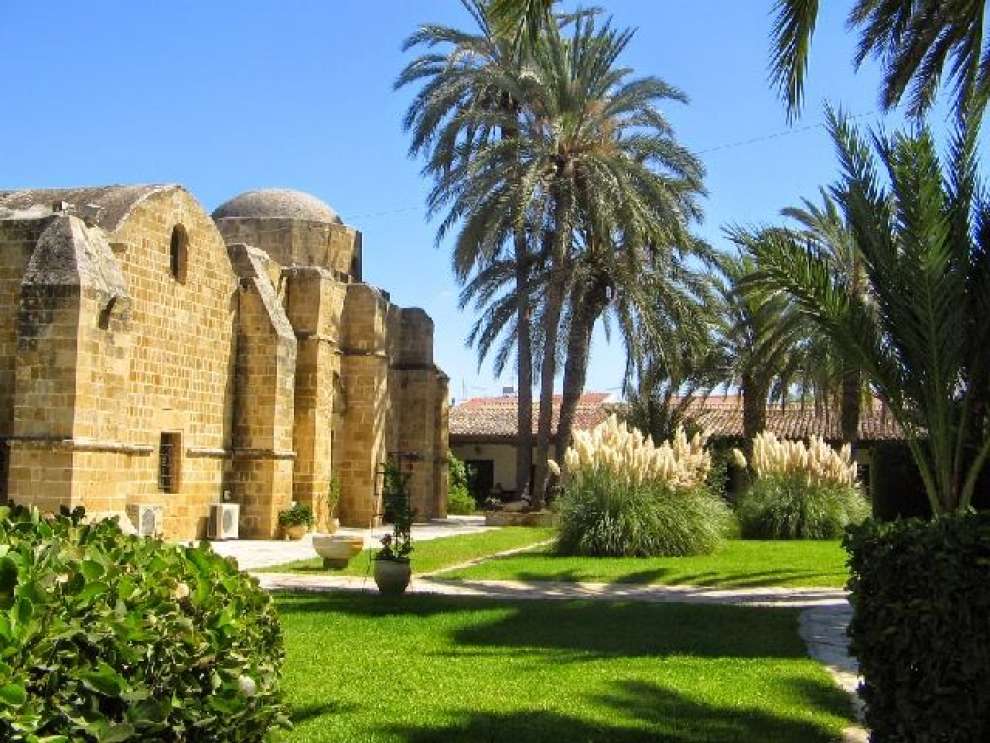 Throughout the Ottoman domination, Engomi was a small rural community where its inhabitants were engaged in agriculture and livestock farming. The main agricultural products of the village were: grain, lentils, cotton, sesame, olives and oil in large quantities, and finally the vegetables with which they fed the neighbouring city of Nicosia. Some of the inhabitants were also craftsmen, carpenters, tailors, etc.

Engomi was also famous for silkworm rearing and produced good quality silk, and as a result, women were also engaged in weaving.

It is worth mentioning that there was plenty of water on the grounds of Engomi. For the pumping of this water, windmills and pumps were used. Today, reservoirs used for irrigation purposes are preserved in the area. 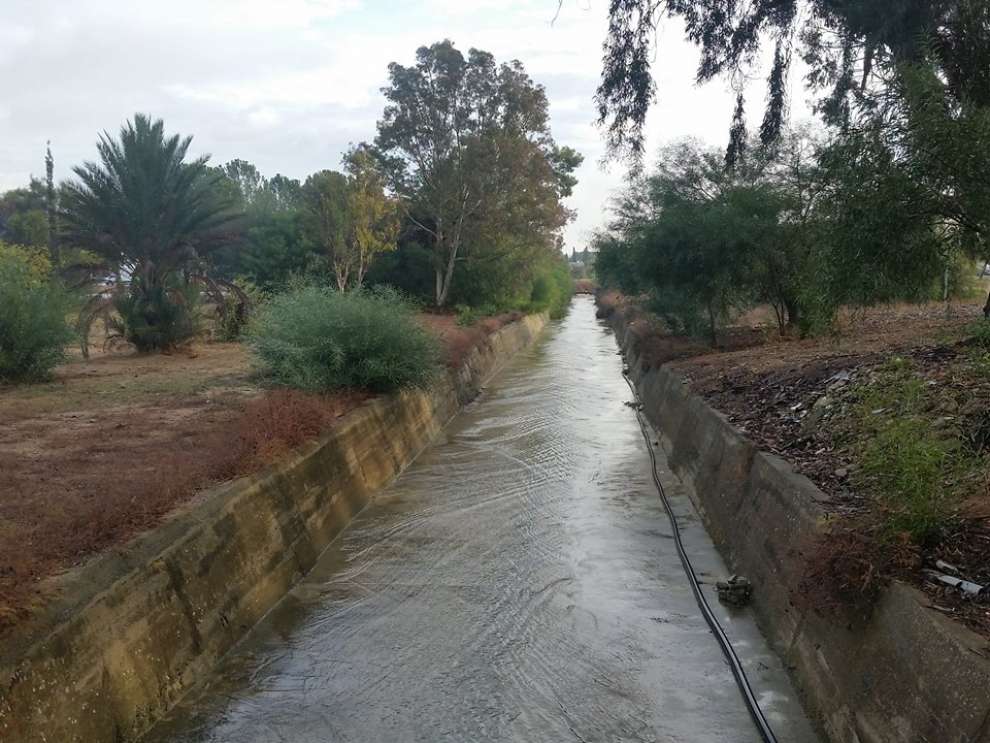 According to the 2011 census, the municipality had 18,010 inhabitants.

Today's Engomi:
Engomi originally did not develop around its land due to the large estates that were built there, such as, the Metochion of the Kykkos monastery, the large estates prevented any development to the area and in order to fix this the land was separated into plots and the village started to build and expand onto these plots. With this change the village was able to develop.

Engomi, following the island's independence in the 1960s and especially after 1980, is developing very rapidly in all its indivisible sectors and evolving into one of the most modern and most developed municipalities in Nicosia. Of particular importance is the development that has taken place in the fields of industry, services and sport. Progress has also been made in the area of education.

Today (2018), Engomi has become an area with many leisure centres, restaurants and bars, cafes, discos, etc., attracting daily the largest percentage of those living in Nicosia. 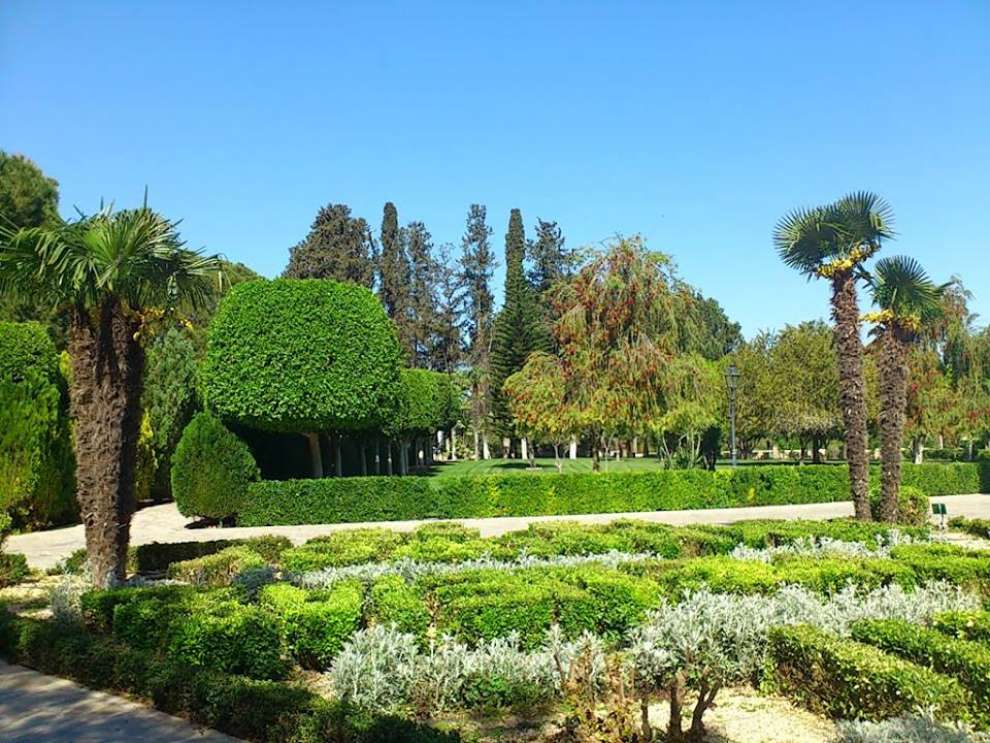 Additionally, in Engomi, in the area of Makedonitissa, in a specially arranged area of 270,000 square meters, the premises of the International (State) Exhibition of Cyprus are located.

There are also many foreign embassies in the region. The main ones are the Embassy of the United States of America, the Russian Federation, the People's Republic of China, India, Italy, Bulgaria, Ukraine and the Arab Republic of Egypt. Also in the same area are the residences of many ambassadors.

The Metochion during the Ottoman domination was an important station for the transfer of the Virgin Mary's image to years of drought. Many people visit the monastery to ask the Virgin Mary to stop the drought. It is noteworthy that in this monastery the first English High Commissioner of Cyprus, Sir Garnet Wolseley (Sir Garten Wolseley), was established in 1878. At the monastery's enclosure, the British officers of the Governor and the soldiers who came with him settled their first camp there, they stayed there until the first Governor's house was built. 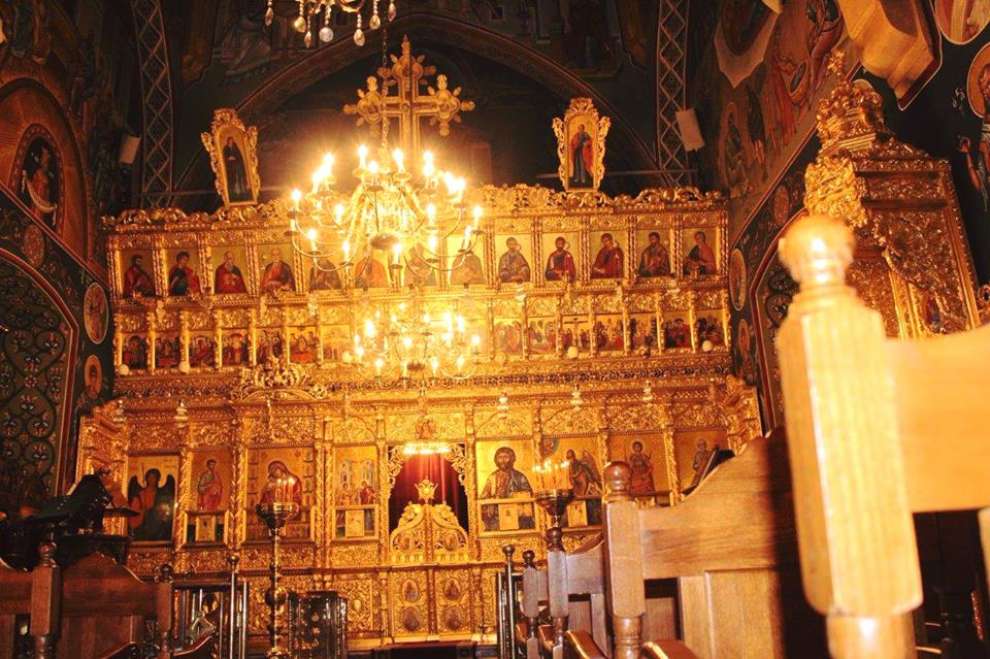 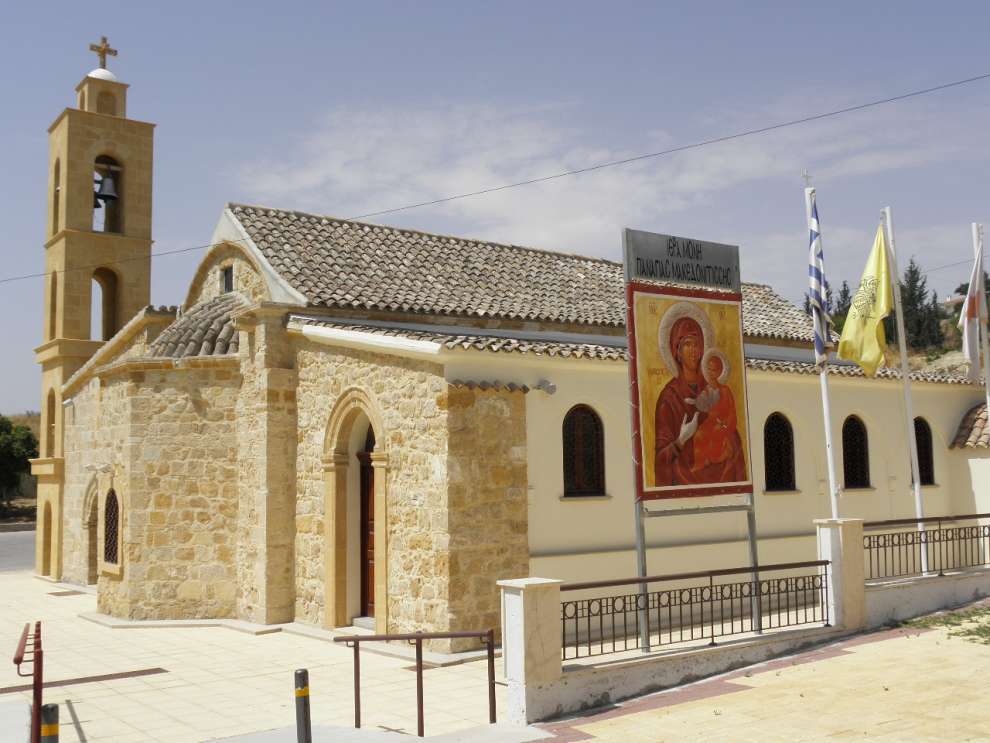 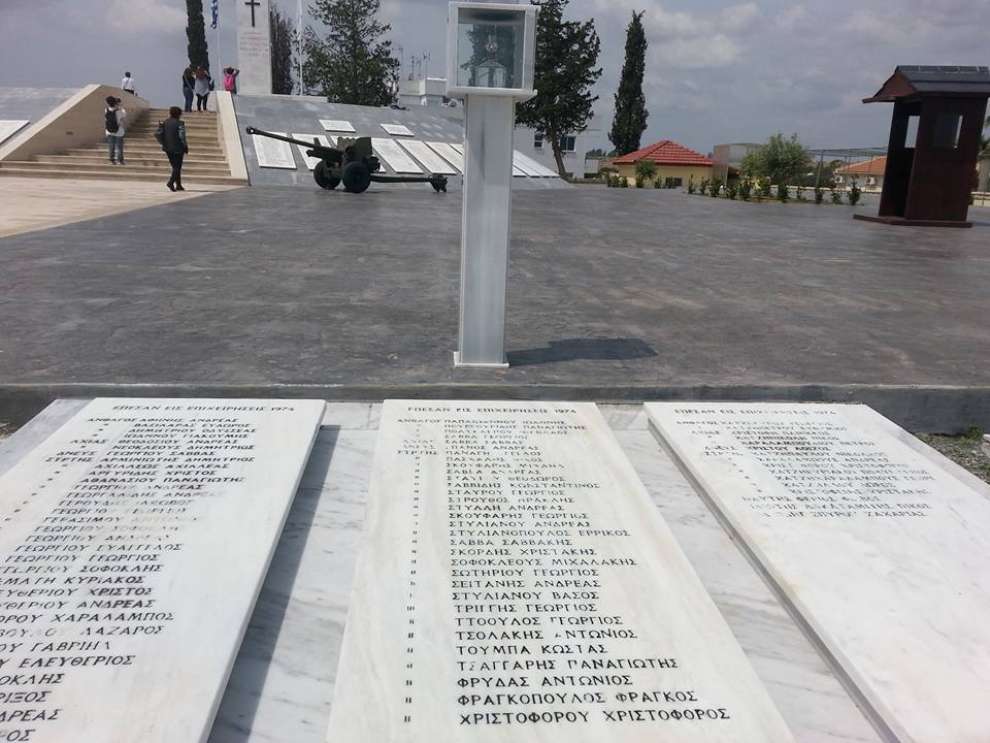 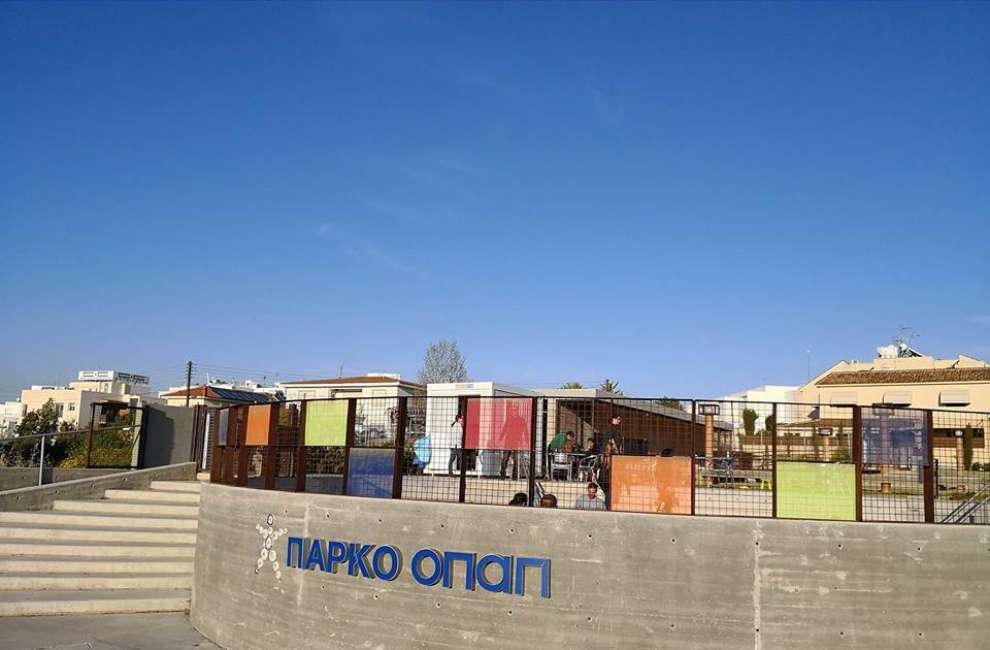