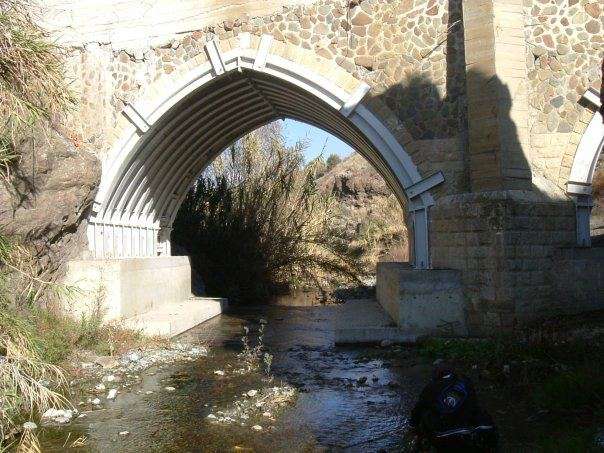 Kalo Chorio is located 28 kilometers southwest of Nicosia, built on the edge of the Brothers Forest, at an altitude of 500 meters above sea level. 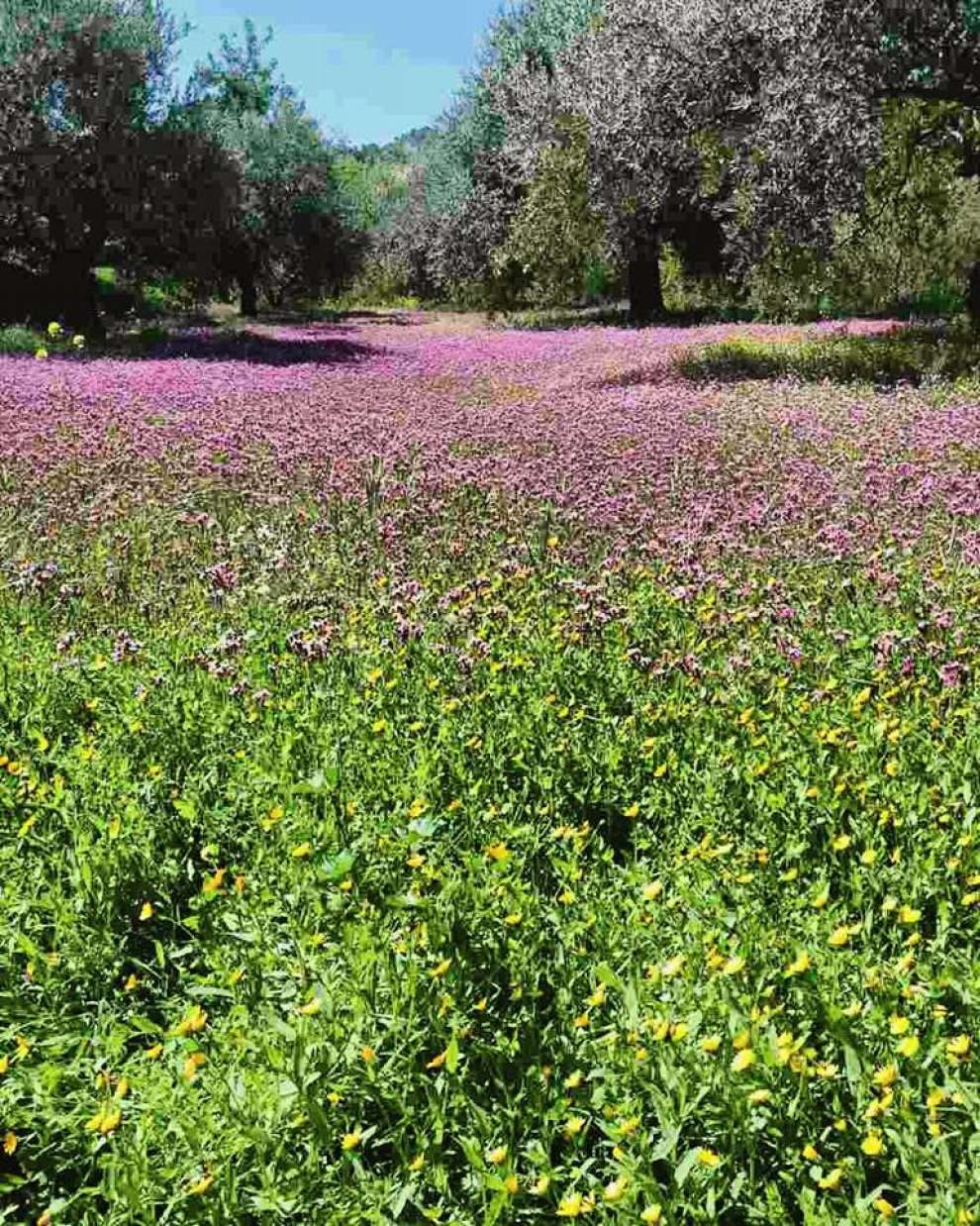 It is a small village whose inhabitants amount to a few hundred. According to the 2001 census, the village numbered 605 inhabitants. 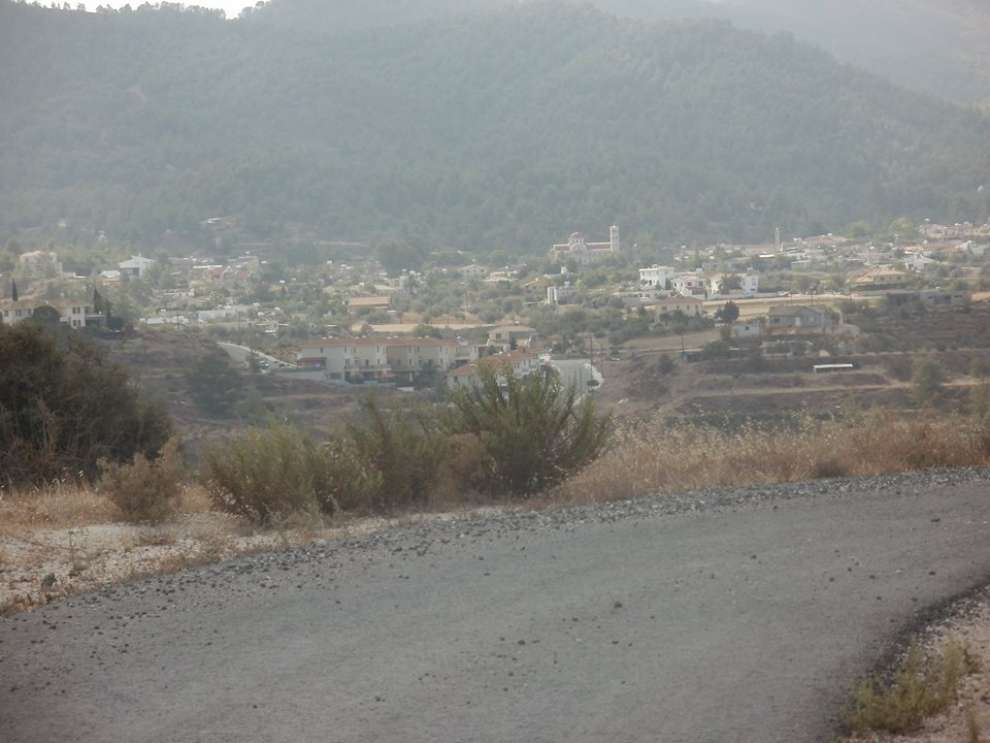 History of the Village:
According to ancient remains from the Archaic, Classical and Roman periods, the village existed from antiquity. In the village ancient tombs, remnants of an ancient settlement were found and there are indications of the existence of mines at the "Zithkionas" site.

Although in medieval sources there is no mention of the village, scholars believe that this continued to exist during the period of the Frankish rule. Jeffery and Gunnis in their passage from the village at the beginning of the 20th century report that the Kalo Chorio was an insignificant village, while the latter describes the church of Saint George.

The foundation and name of the Kalo Chorio Mountainous Village:
According to the so-called oldest people of the area, the village was founded in the place of a small settlement in the area formerly used by the Monastery of Machairas.

As to how the village got its name Kalo Chorio there are several versions. The predominant of these are two. According to the first and most widespread version, the name Kalo Chorio was given to the village because earlier it had another defamed name that we do not know. Karouzis, commenting on this version, writes: "What was the original name of the village in medieval times has not yet been explored. Neither do we know if what Simos Menadros writes is correct, that a malignant or crooked original name has forced the inhabitants to change their name to Kalo Chorio, which is repeated in five villages in Cyprus." 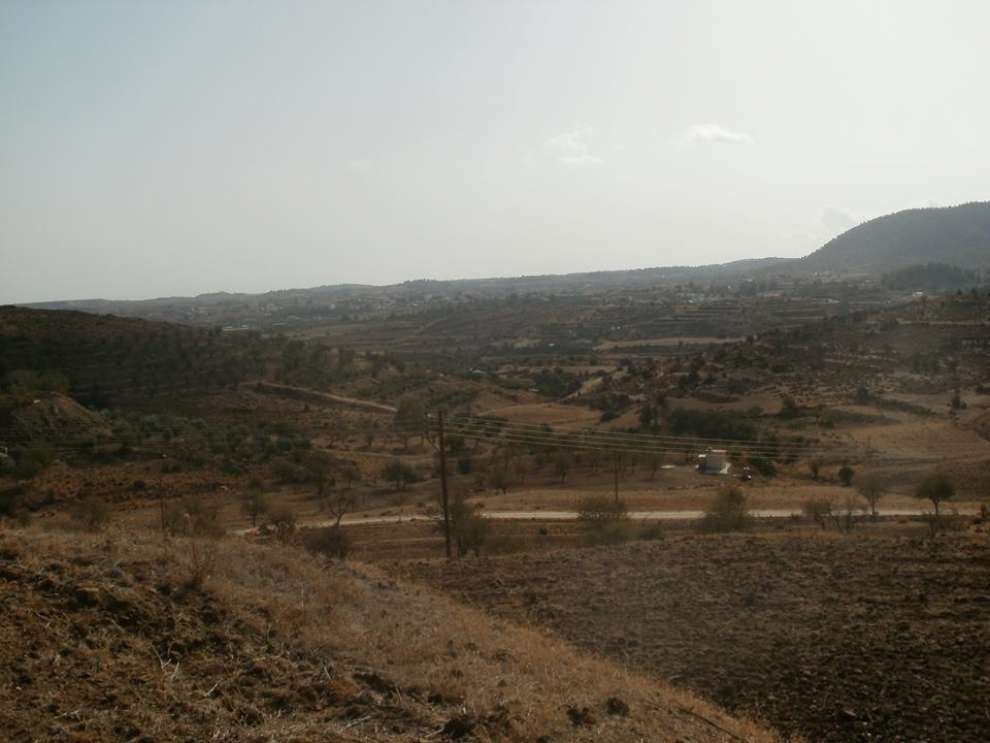 A second version states that the origin of the name of Kalo Chorio stems from the good and praiseful remarks of the pilgrims of the Monastery of Machaira who passed through the village, which at that time was the easiest "road" to the monastery. The inhabitants of the village, who at that time were few shepherds, invited the riders and generously offered them hospitality. So every time the riders would pass by the village, they would say, "We will pass from the good people of the good village." Thus, the word "Kalo Chorio" was spread from mouth to mouth. 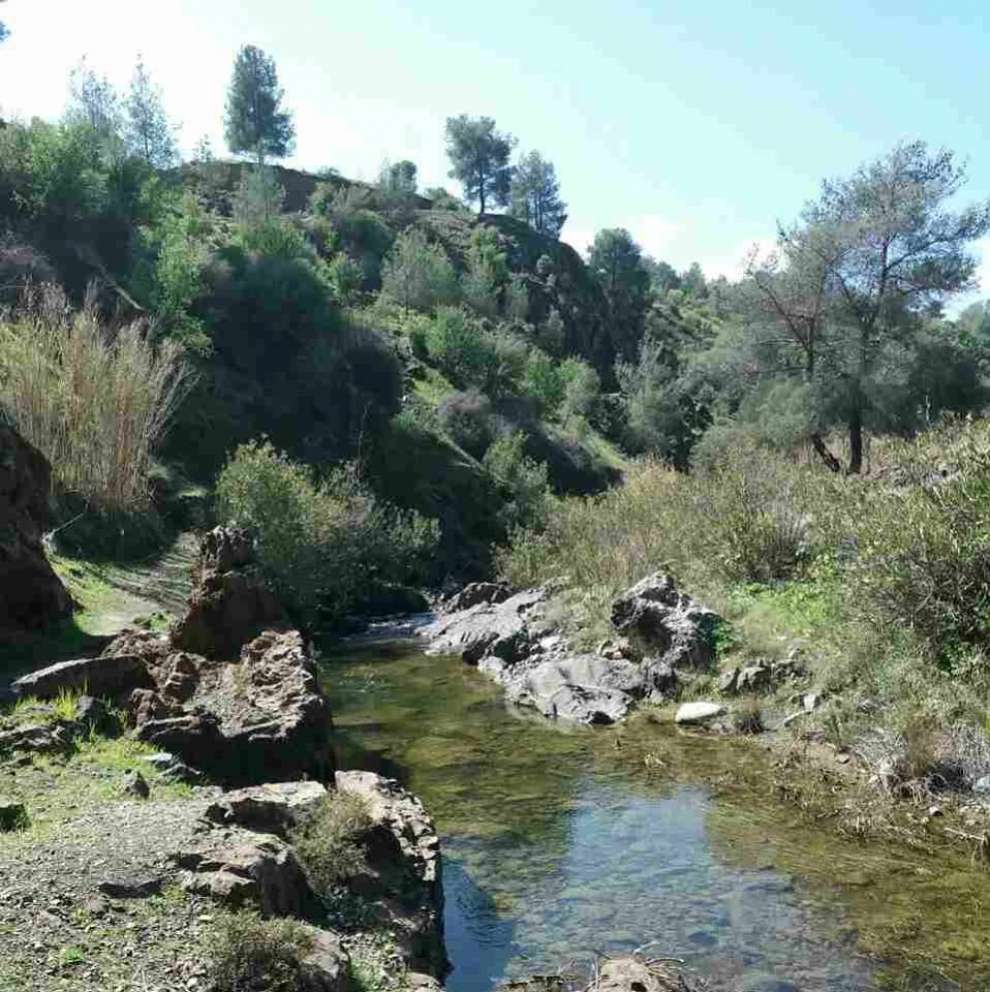 It is noteworthy that the village was known earlier as Kalo Chorio of Merikas because there were many trees (Called Merikes) in it. 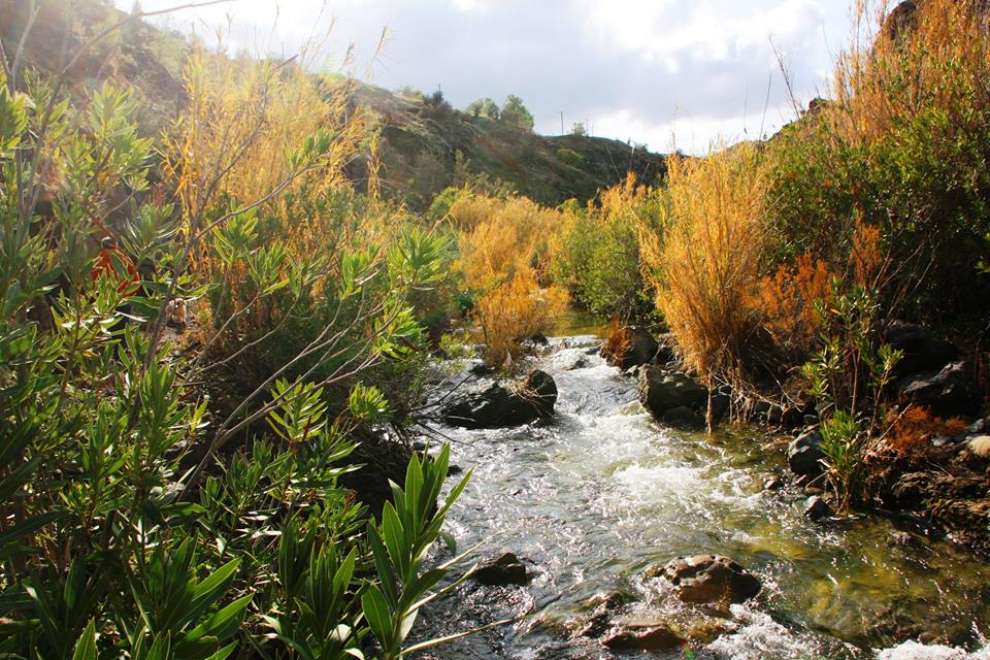 The churches of Kalo Chorio:
Taking a walk in the village you will come accross some very beautiful churches, such as, the old church of Saint George built in the 17th century and the new church dedicated to the same saint. Additionally you will encounter ancient remains of the church of Agia Paraskevi. 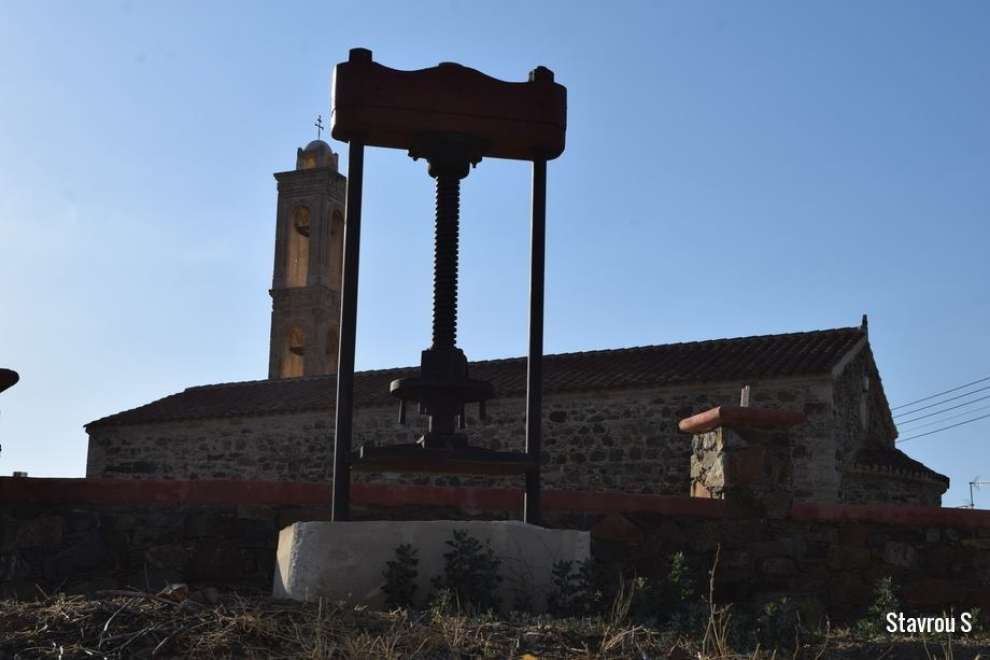 The monument to the heroes of the village:
In the village you will find the Monument of Fallen and Missing Persons, which is built in the center of the village in front of the new church of the community. This monument is dedicated to the fallen: Andreas Violaris and Michalakis Tyrimos and to the missing persons: Nikodimos Charalambous, Nikola Violaris, Costas Charalambous and Dimitraki Thoma.

Also in the village there is the stone bridge that is built above the dam and the river of Kalo Chorio. 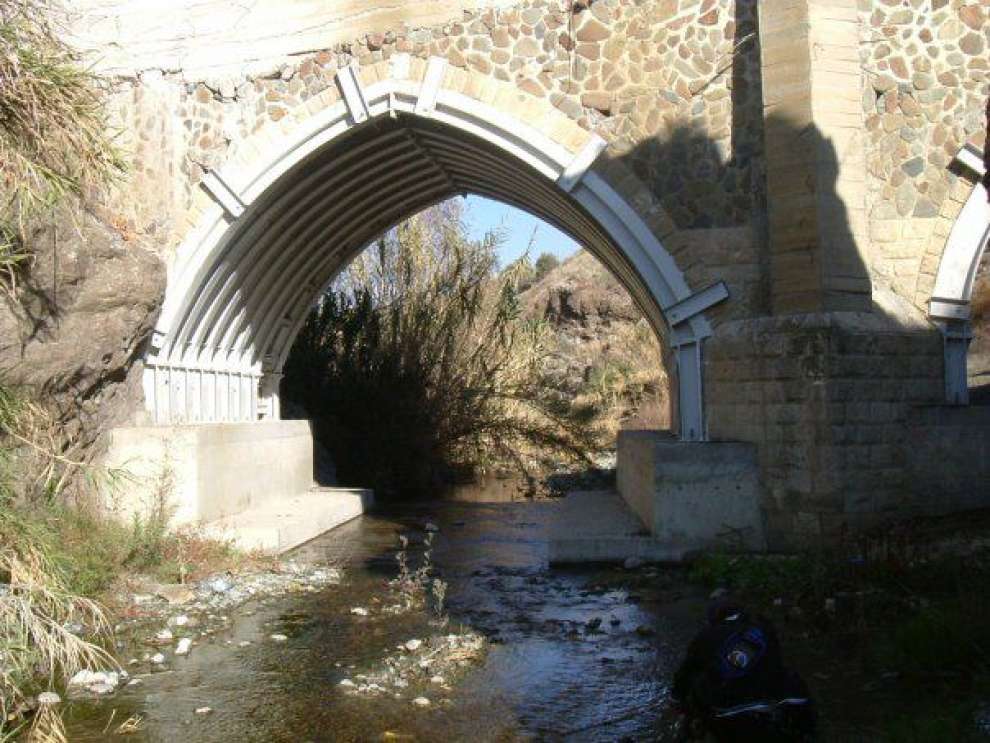