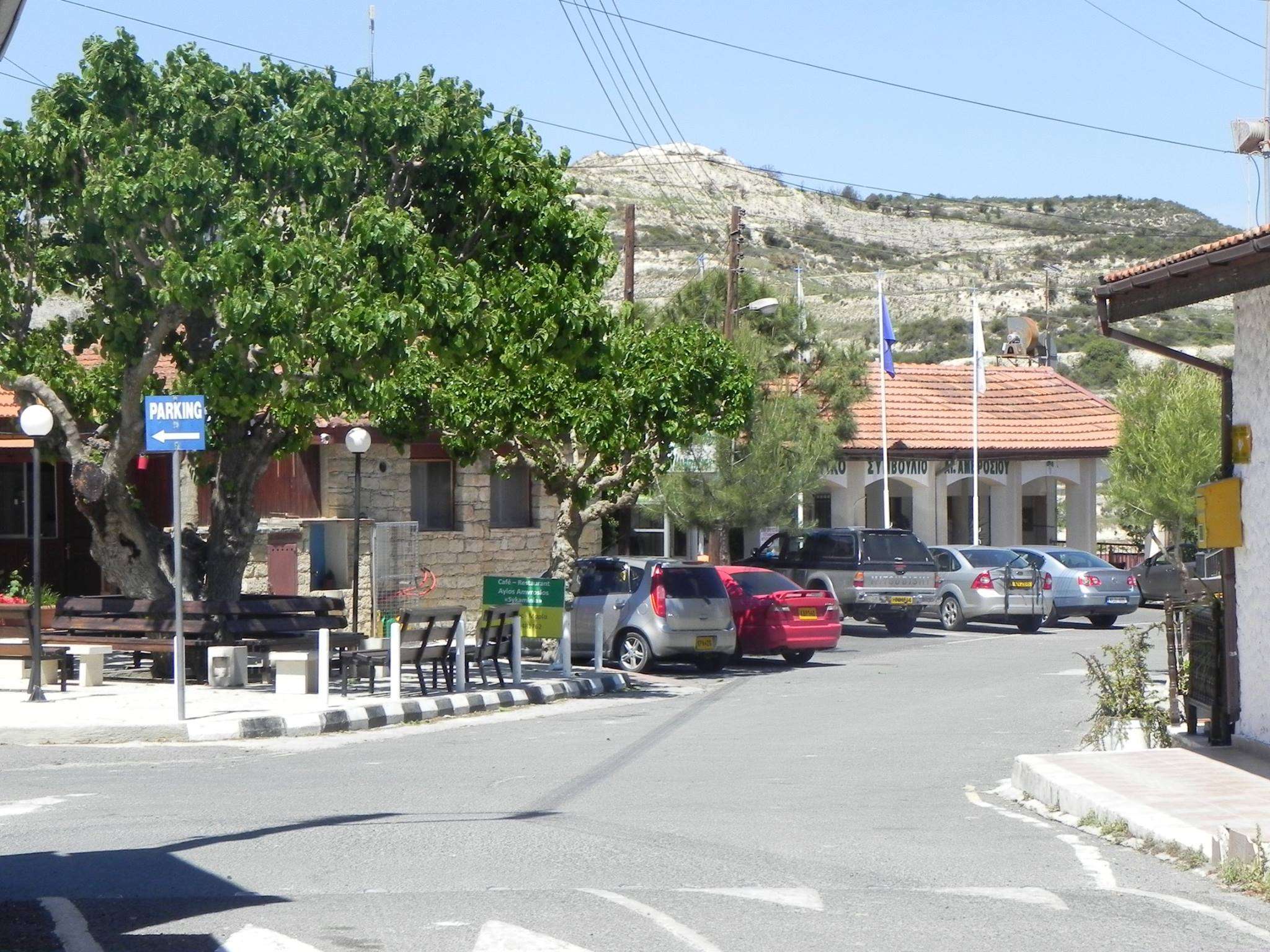 Known for its viticulture and its delicious wines

Agios Amvrosios is a village in the Limassol province and it is located on the main road of Limassol-Omodos-Platres. It is built about 27 kilometres northwest of the city of Limassol. 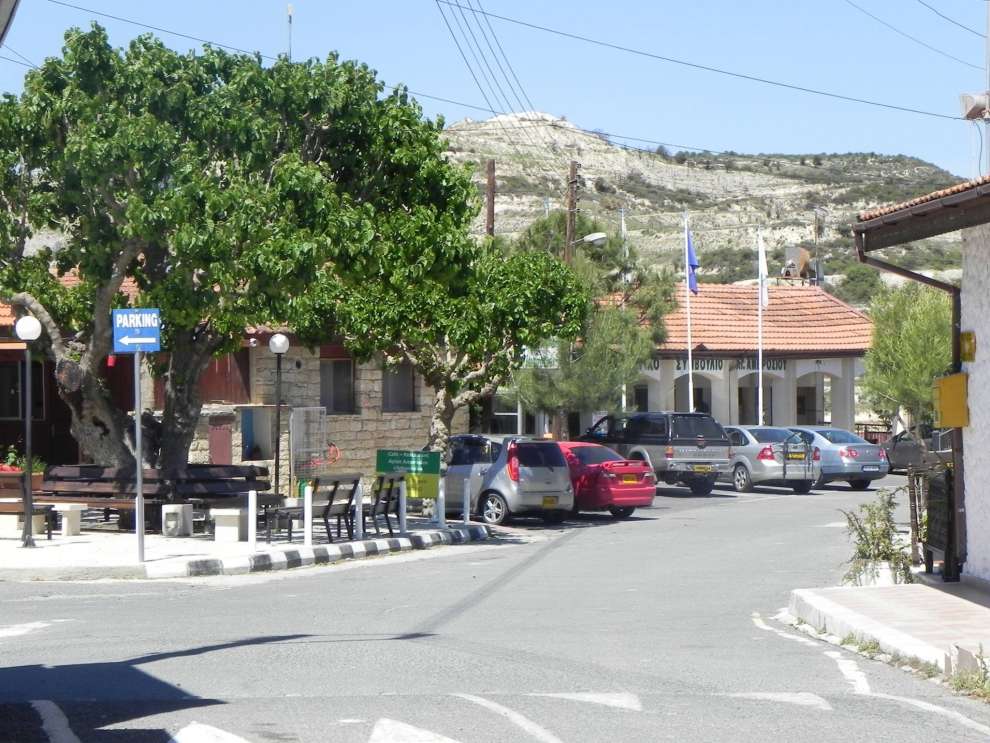 The village of Agios Amvrosios is one of the most beautiful wine villages in the province of Limassol, known for its wine-growing and its delicious wines. 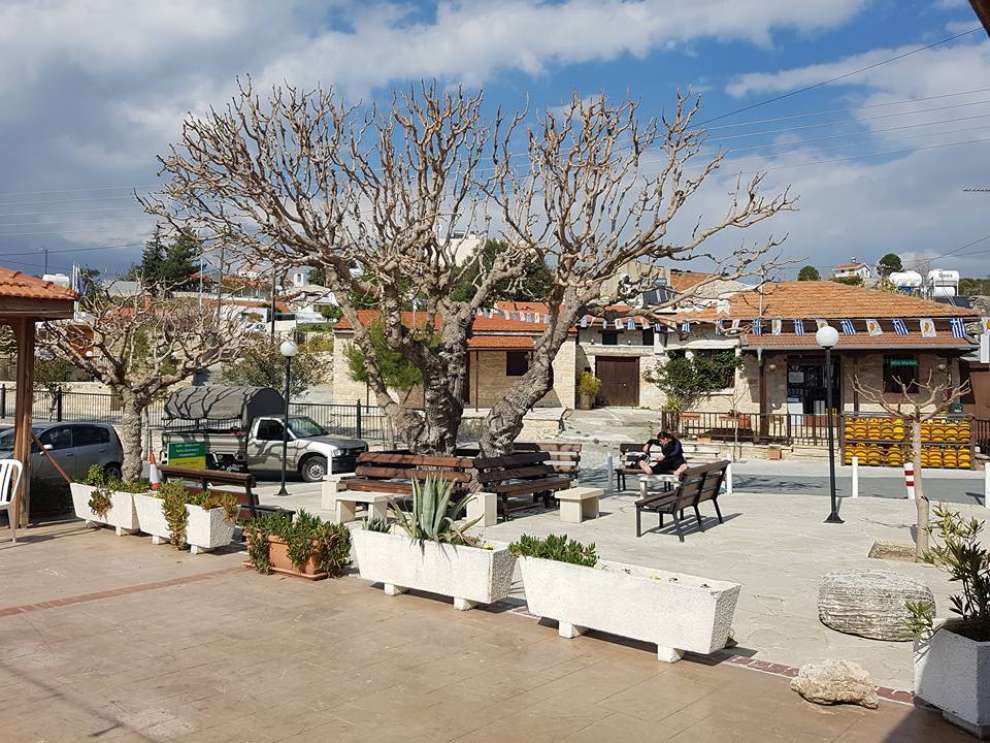 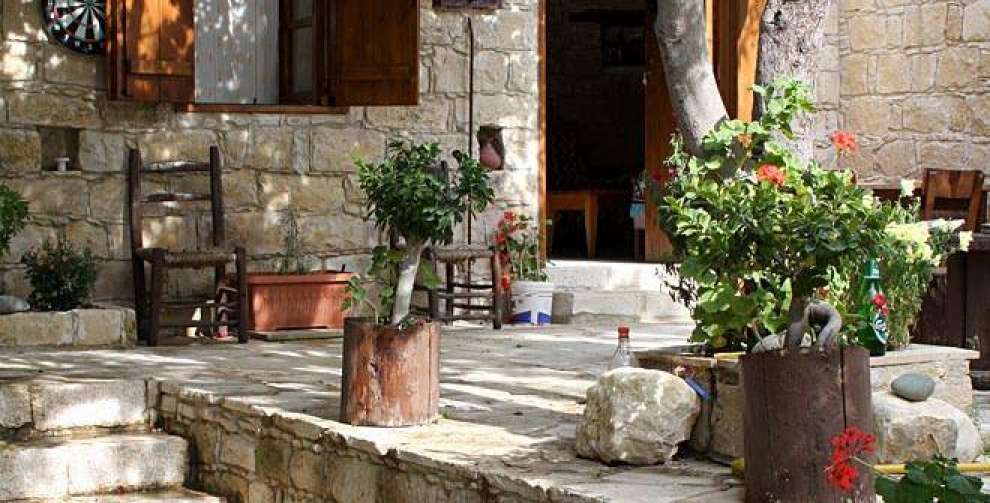 Churches and Attractions:
Walking in Agios Amvrosios, you will see the church dedicated to Agios Amvrosios, bishop of Mediolanon, a 14th-century building that dominates the centre of the village. It is a one-aisled basilica with a gable roof and it is made of small stones. It is noteworthy that in this temple, the altar is made of stone and it is a miniature temple with a dome. The entire building was restored in 1992. 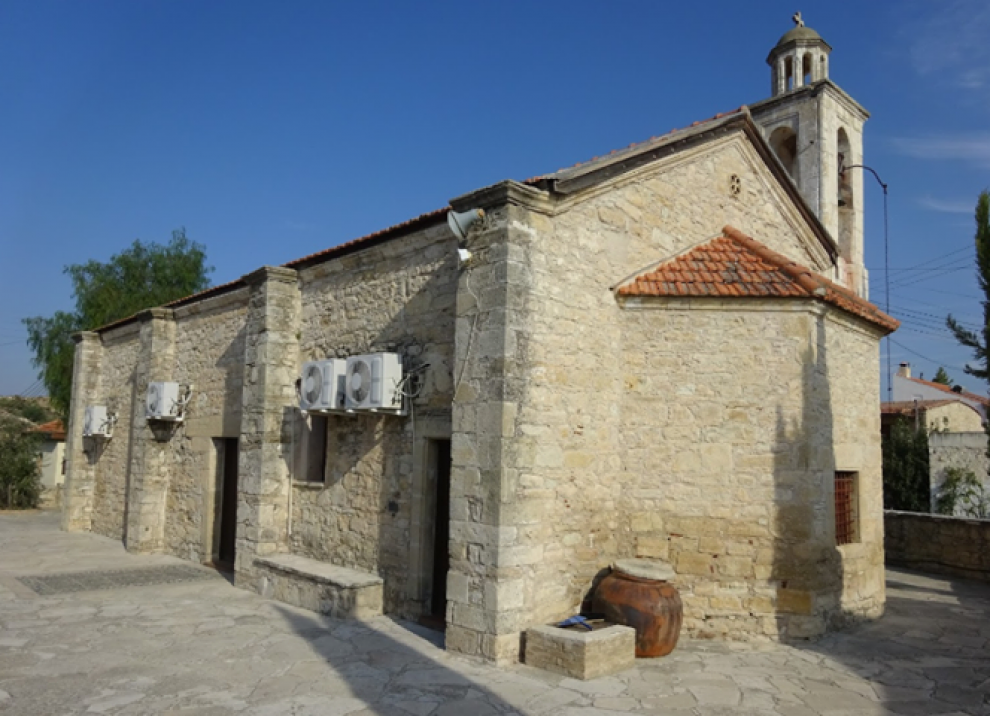 The fact that the church of Agios Amvrosios is small and is now under the protection of the department of antiquities, led to the construction of a new large church in the village, which was dedicated to St. Ephraim of Neas Makris. Architecturally, the church is a cross-shaped basilica with a dome, with a capacity of about 400 people. The church was completed in 2006. The whole building is a jewel of the region, but also a place of spiritual joy and relaxation, and it is now one of the largest pilgrimages in the area. 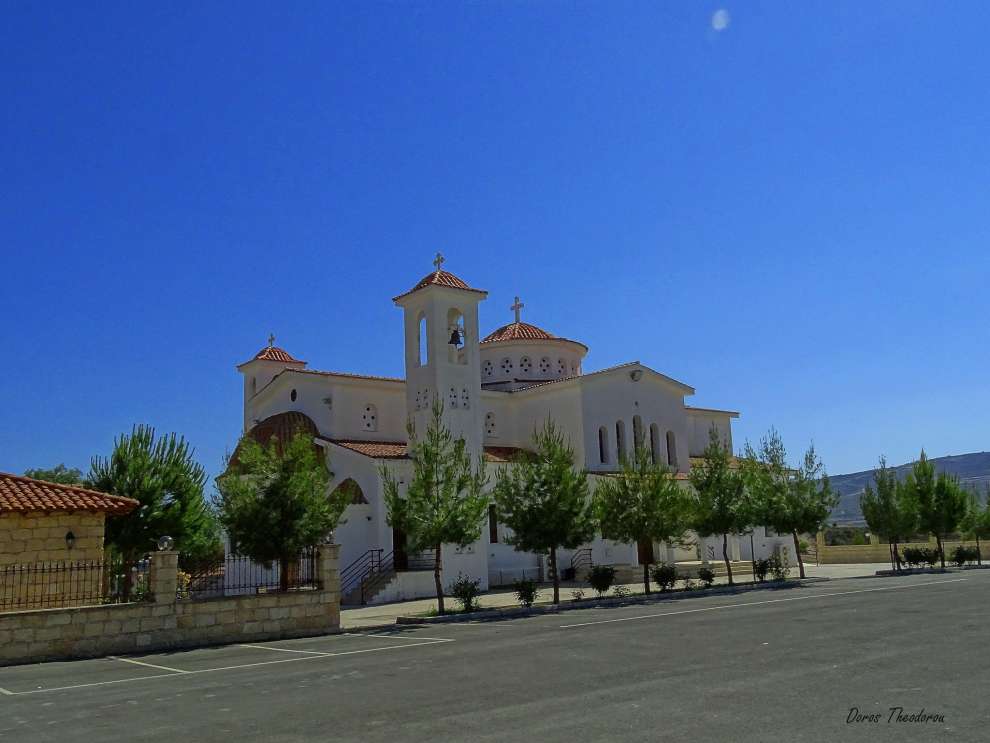 In addition to Agios Amvrosios, there is also the chapel of St. Elizabeth with its Byzantine frescoes as well as the chapel of Agios Georgios which is a 11th century building.

In the village there is also the monument of Epiphanios Angelidis, who became the abbot of the Holy Monastery of Trooditissa in 1892, after the death of the then-abbot Germanos, remaining in this office until his own death in 1915. Epiphanios, during the 1909, founded a school in his hometown, Agios Amvrosios. This school consisted of a classroom and its inauguration took place in October of the same year. Epiphanios took over the maintenance costs and the salary of the teacher. The school functioned until 1960 when it was sold and converted into a home after the current school was built. 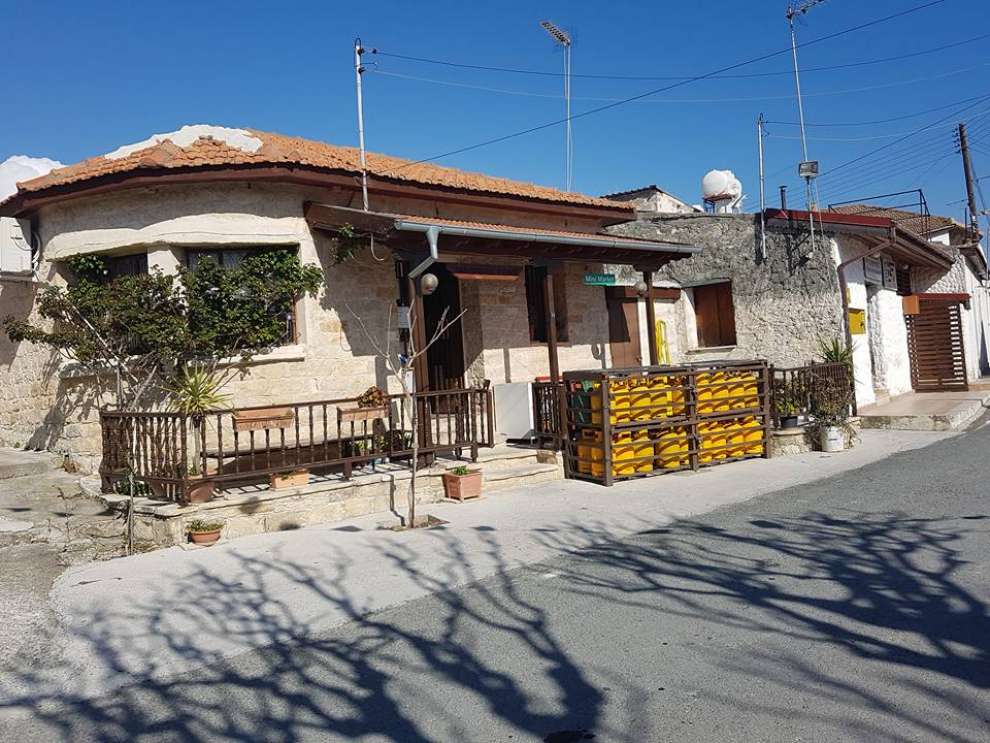 Finally, in the village of Agios Amvrosios, the visitor will walk through its narrow streets, and will see the big mulberry tree located in the village square and the beautiful traditional houses. 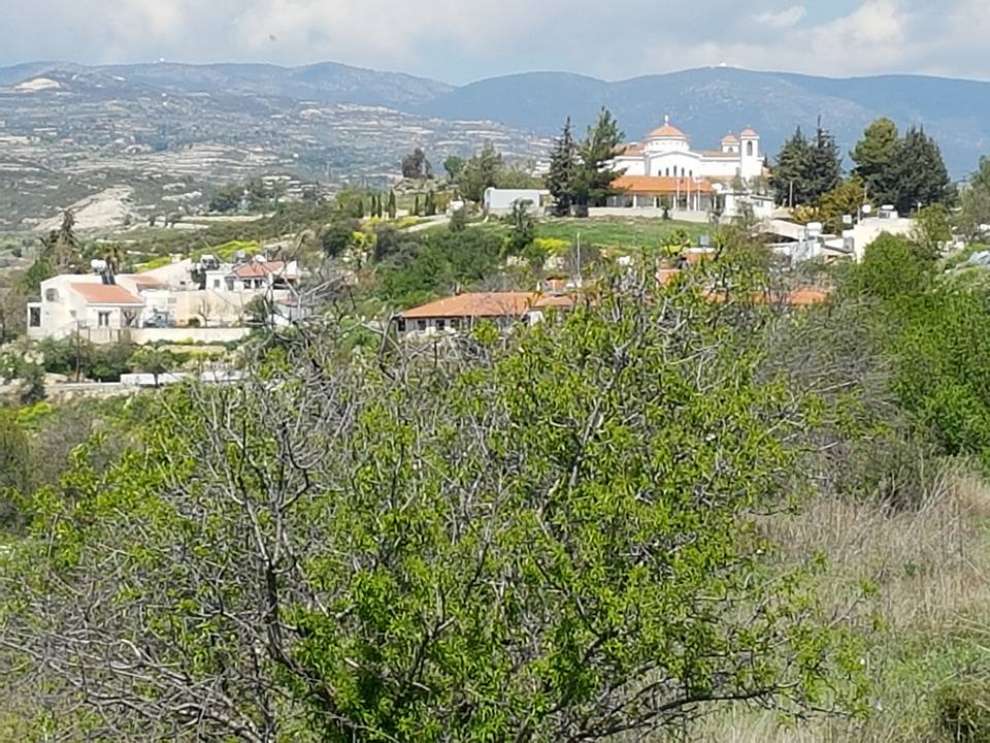