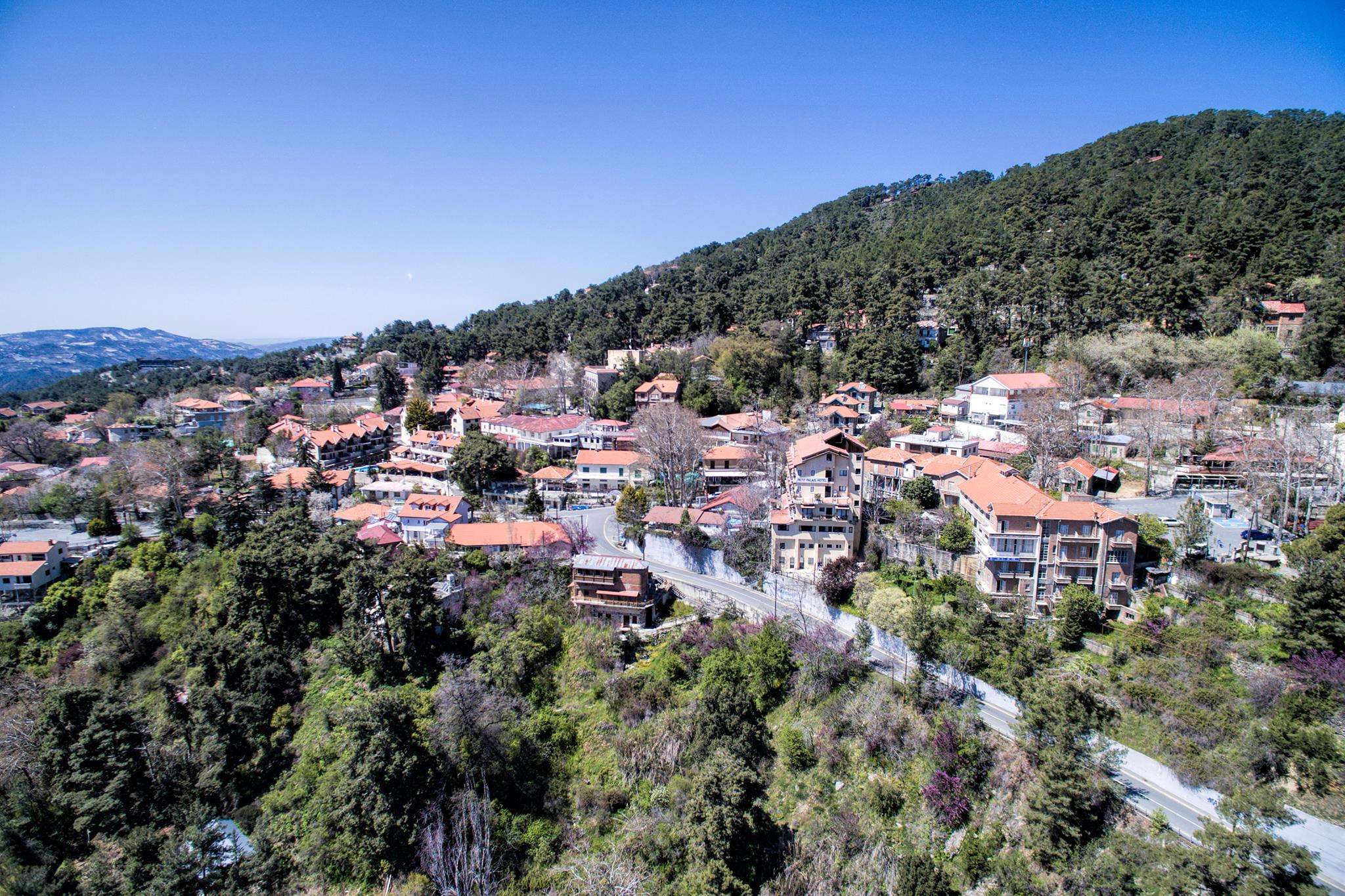 To the south it borders with Pera Pedi, to the east with Kato Platres, Foini and Prodromos, to the north with Kakopetria and to the west with Moniatis and Amiantos. 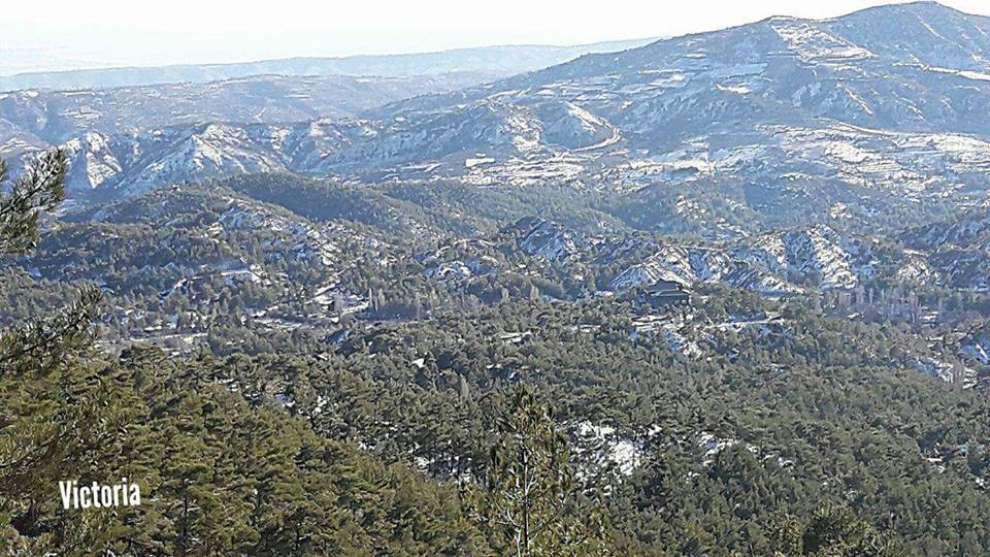 Historical data:
Pano Platres is a very old village but younger than Kato Platres. The village is mentioned among 119 villages of Limassol province, which existed at the time of the Frankish rule in 1192-1489 AD. and the Venetian era, 1489-1571 AD. 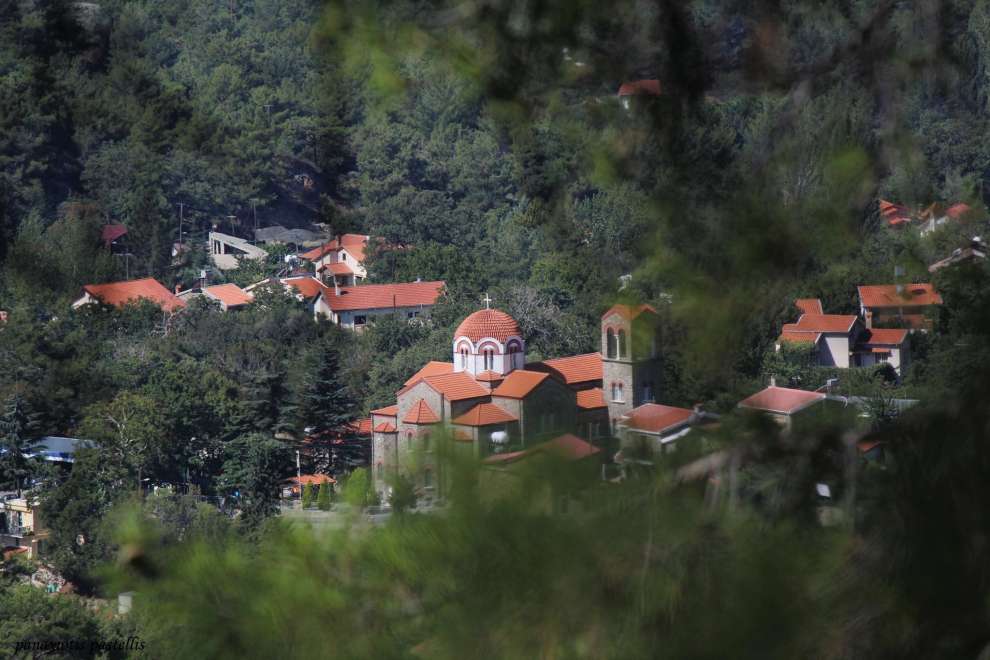 The Name of the Village:
The name of the village is Platres, although it is also commonly called Pano Platres, due to the existence of a neighbouring village called Kato Platres.

There are three versions of how the village got its name. According to the first version, the village was named after the word platra which means "one who weaves and sells" because of a weaver who lived in the village and weaved and sold her products.

A second version states that Platres, as a manor of the Frankish rule, to be called plâtre, which in French means "white, plaster". During the Frankish rule on the south side of the Troodos, above the present-day Platres, there was a Frankish monastery whose monks were dressed in white and called Platres. It is believed that the village was named after them. Finally, a third version states the village got its name from the word "plats", which later became Platra and then Platres. 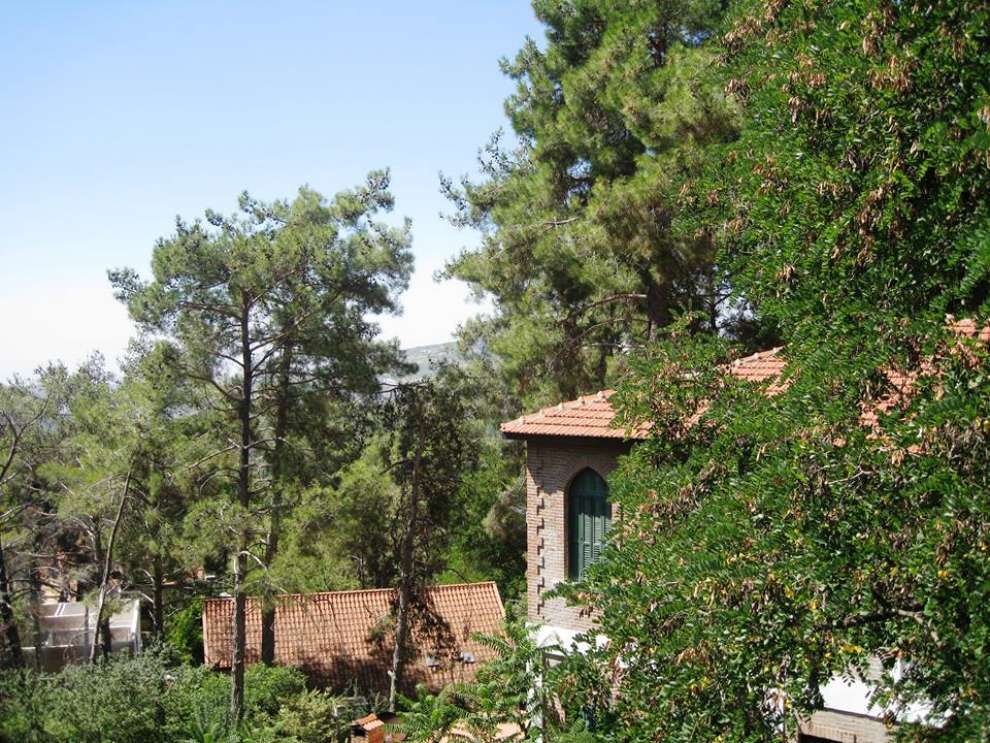 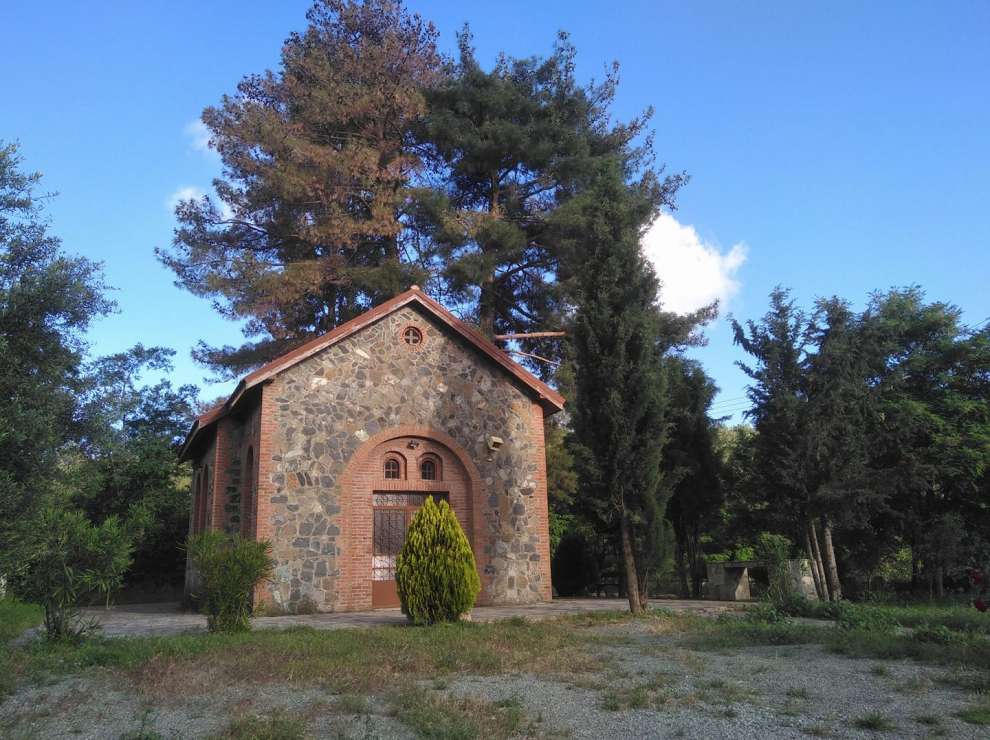 There are also many chapels in the village, such as the Chapel of Panagia Iamatiki, which began to be built in 1940 and completed in 1975, on the ruins of an old Monastery, the chapel of Agios Nikolaos in 1995 and above the ruins of the old monastery,the chapel of Agia Irini. 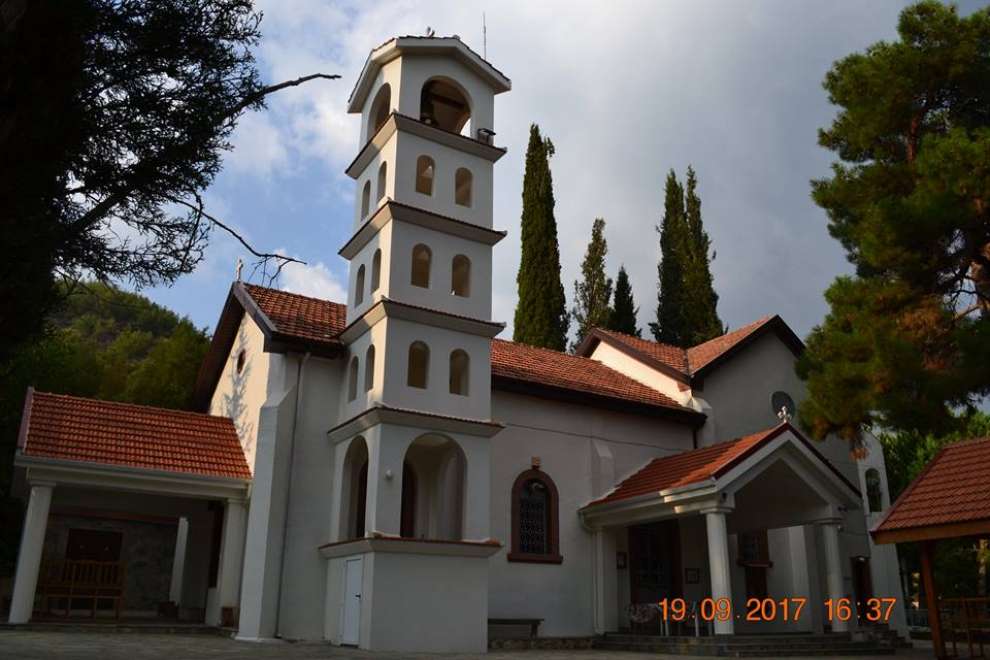 In addition, in the village, you can see the old Municipal Market building that has been restored and converted into a cultural centre, the Roxane Koudounari fountain, built in 1936 and located on Caledonia Street across from the Valley of Hariton. You can also see the Heroes Monuments dedicated to community heroes such as the monument dedicated to Stelios Mavro who was sentenced by the English to two years in prison on 23/01/1957, a monument located in the village's homonymous park and a monument dedicated to Andrea Paraskevas who fell on July 22, 1974. 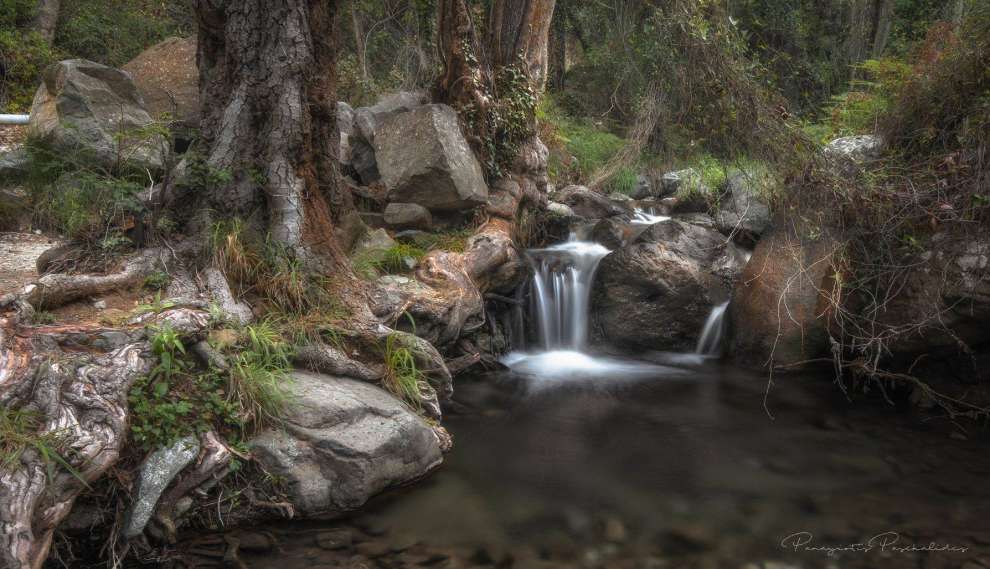 Green areas with tall plane trees, drowned in greenery, give beauty to the village and are worth a visit, such as the valley of Hariton and Psilo Dendro, the Krios River flowing from Chionistra, the Cypriot Mount Olympus and heading south crosses east of Platres. 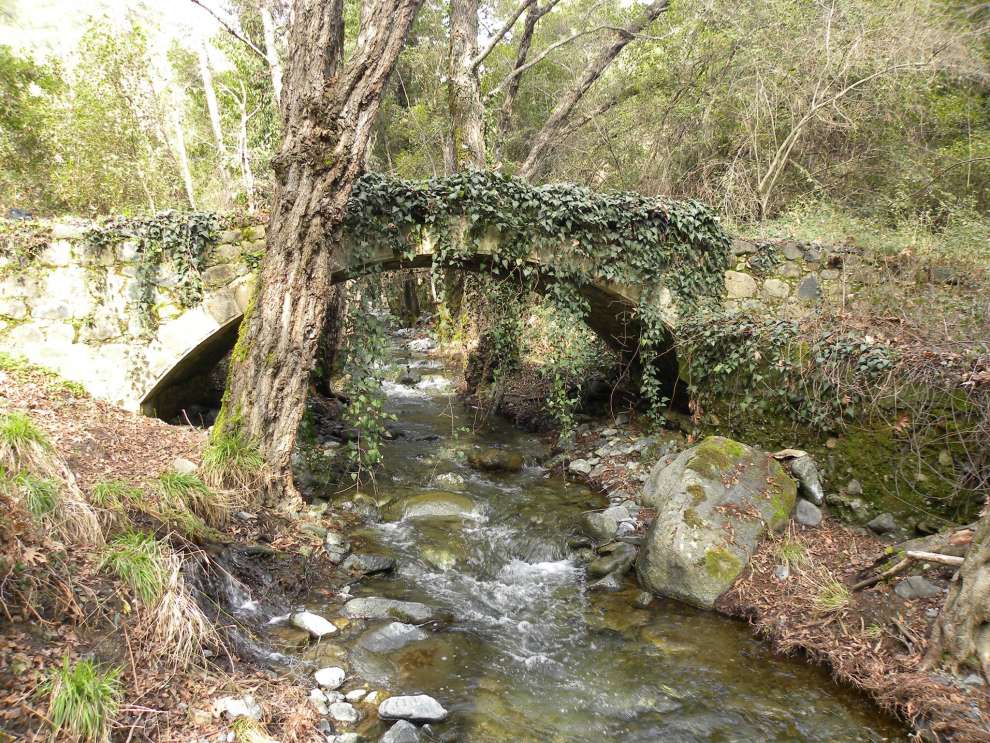 Tourism Development:
The tourist development of Platres began with the occupation of Cyprus by the English in 1878. When in 1890 luxurious villas, hotels and holiday homes began to be built. The first hotel built in Platres was «Τα Κρύα Νερά» ("The Cold Water") in 1900 and then more followed. The first holidaymakers of Platres were expatriates from Egypt, followed by foreigners from the international community of Egypt. Almost all the celebrities who came to Cyprus visited and stayed in the hotels of the village. 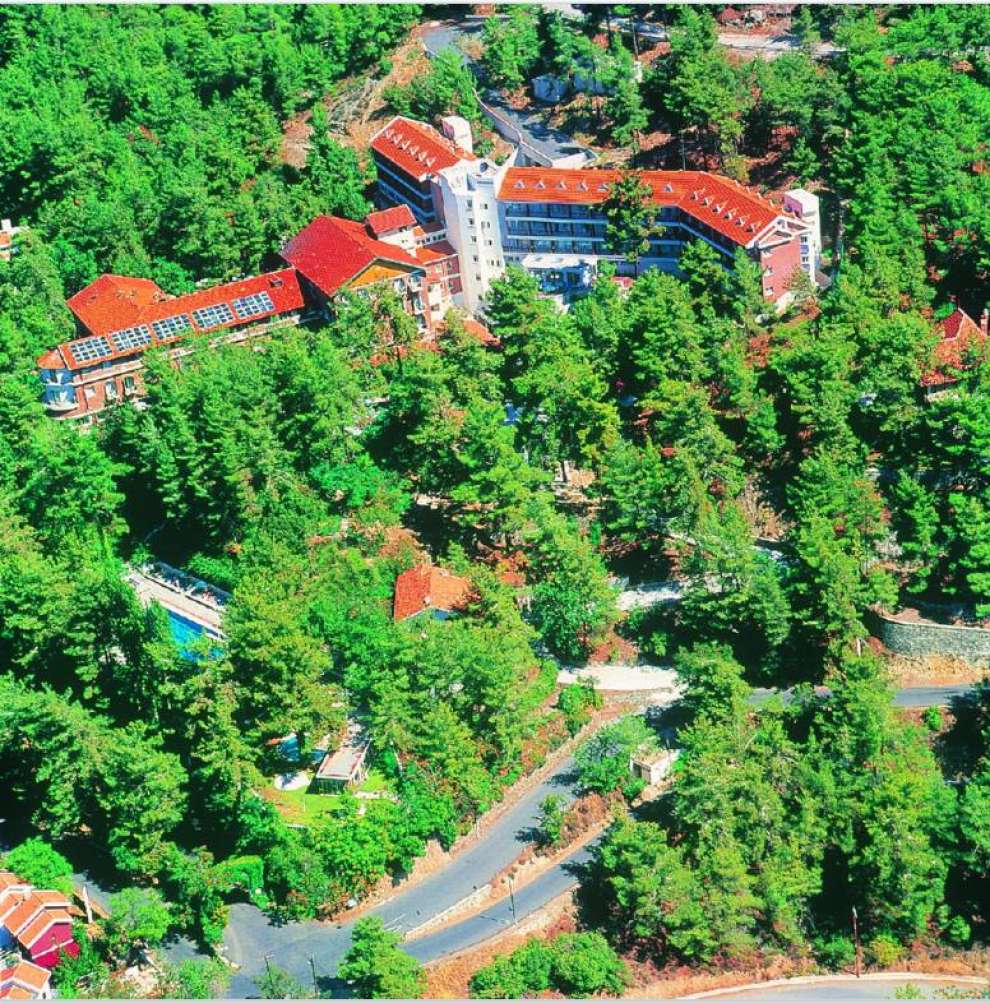 By the time of the EOKA struggle (1955-59), Platres had become an English army camp and the hotels had been overrun by the military authorities. Thus, the village of Platres ceased to function as a tourist resort. After the independence of Cyprus in 1960, tourism began to develop again until the Turkish invasion of 1974. In the last years, however, tourist growth has again been observed in Platres. 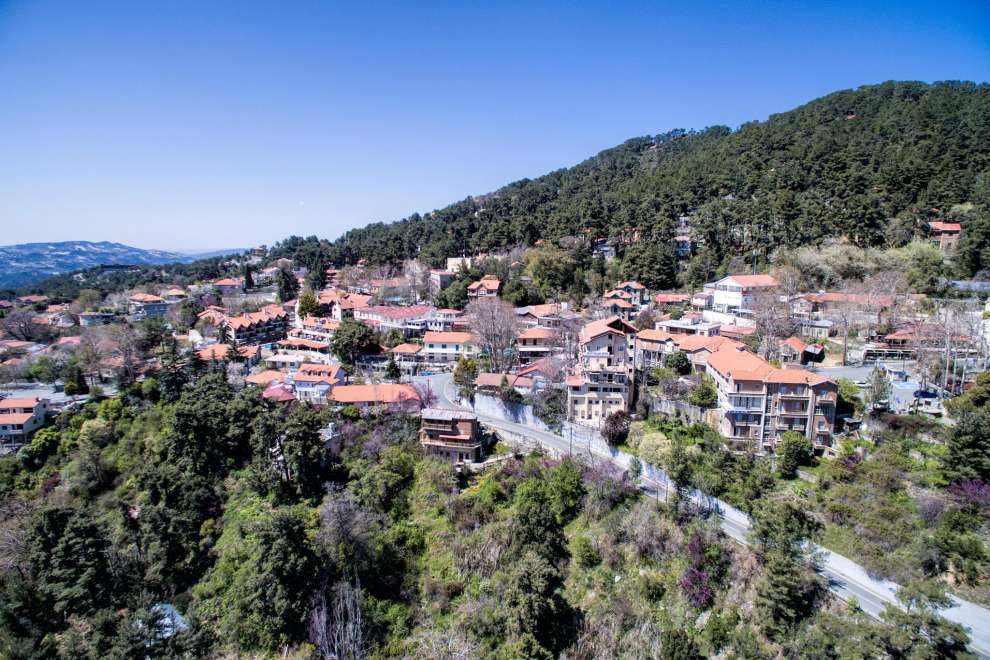 Crops and Occupations:
Most residents of Pano Platres are occupied with tourist occupations such as hotels, restaurants and entertainment centres, while few are engaged in fruit crops.

One of the most beautiful villages in Cyprus.