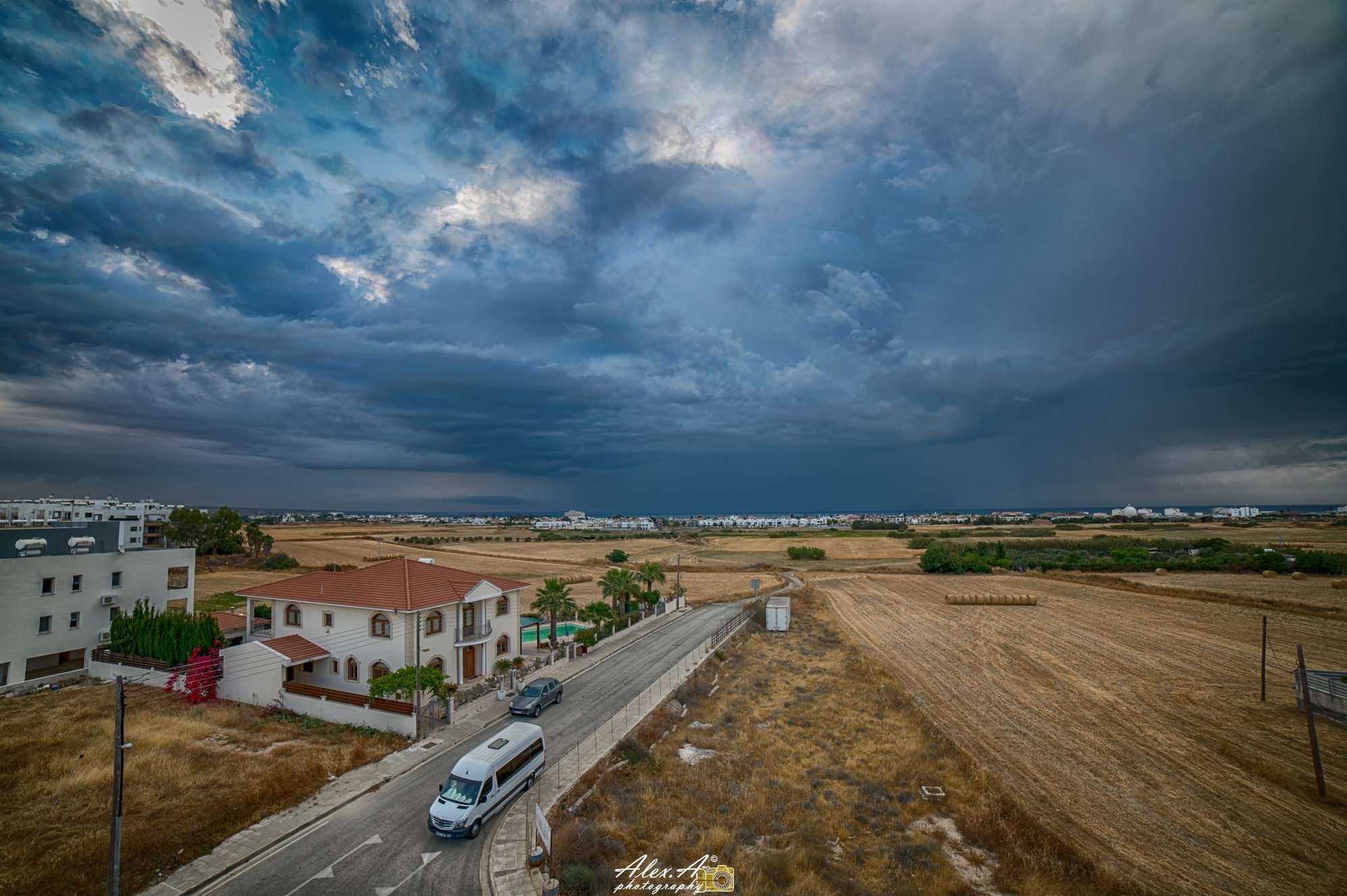 A town that has recently developed a lot!

Livadia is a municipality of Larnaka that is built in the north of the city at an altitude of about fifteen metres. 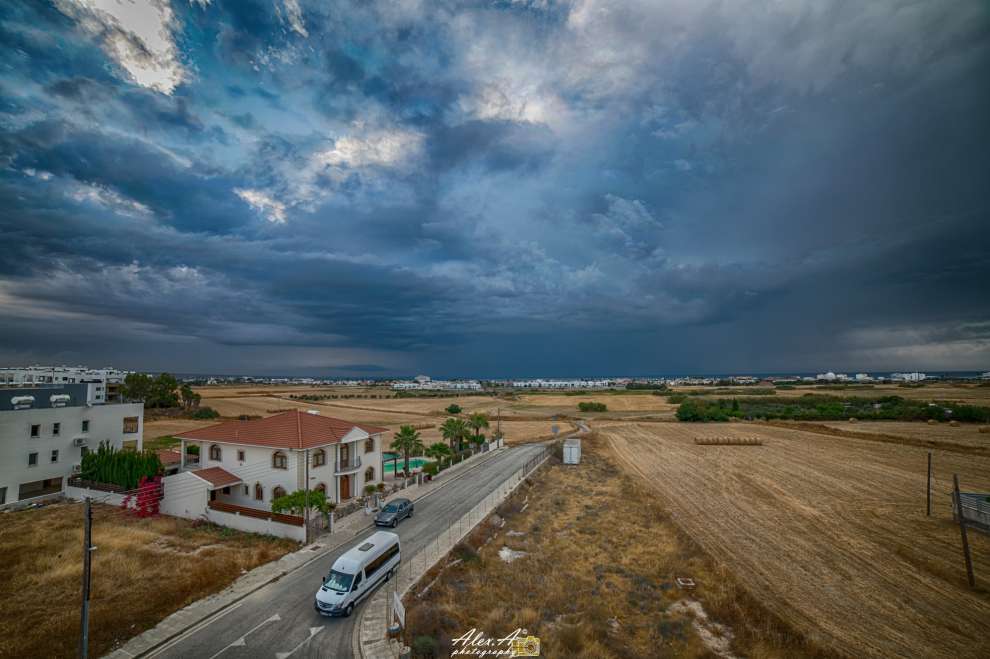 Livadia is also a town that has recently developed a lot. In the northeast, it borders Oroklini, Kellia to the north, the Municipality of Aradippou to the west and to the southeast it is bordered by the sea. The road network linking the Municipality with the rest of Cyprus can be described as excellent, since Livadia is very close to the major motorways Rizoelia - Paralimni and Nicosia - Larnaka. 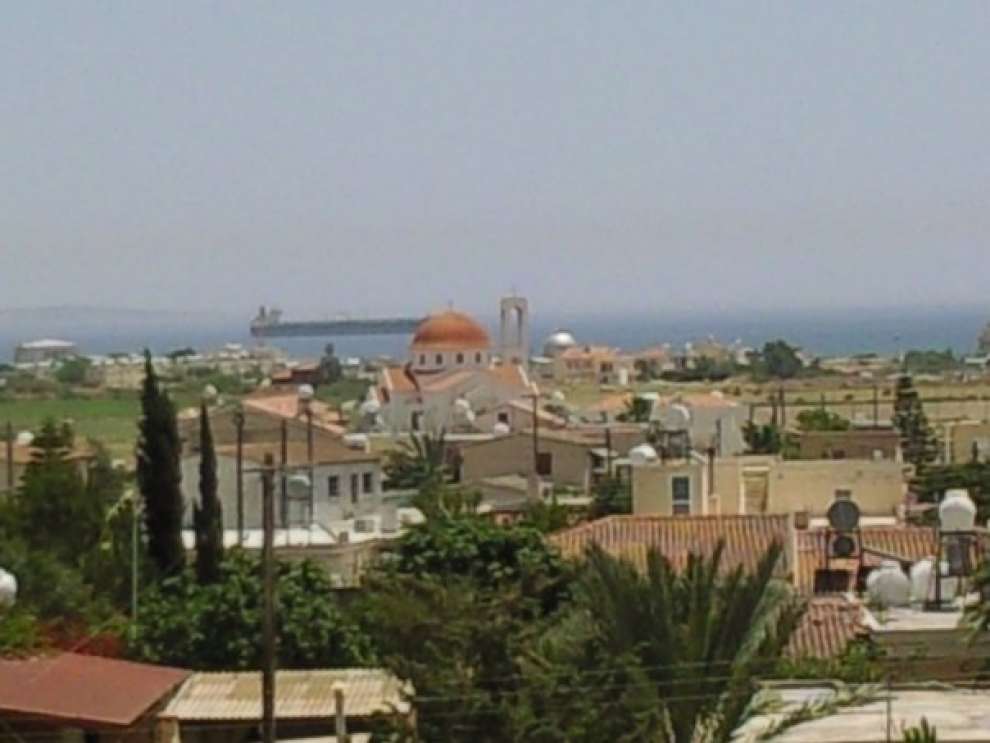 The name of the village:
The name of the Municipality of Livadia came from the territory of the area that is a grassland, that is a part of a flat with running waters and abundant grass vegetation for grazing. It should be noted that the word "Livadi" (meaning meadow) has its roots in the ancient Greek word as "limon".

Apart from the Municipality of Livadia in Larnaka, there are five other settlements in Cyprus, bearing this name. It is the village of Livadia near Polystylos Pitsilia, Livadia of Karpasia near Komi Kepir, a small settlement in the area of ​​Chrysochous and a newer settlement named Neo Livadi Morphou. 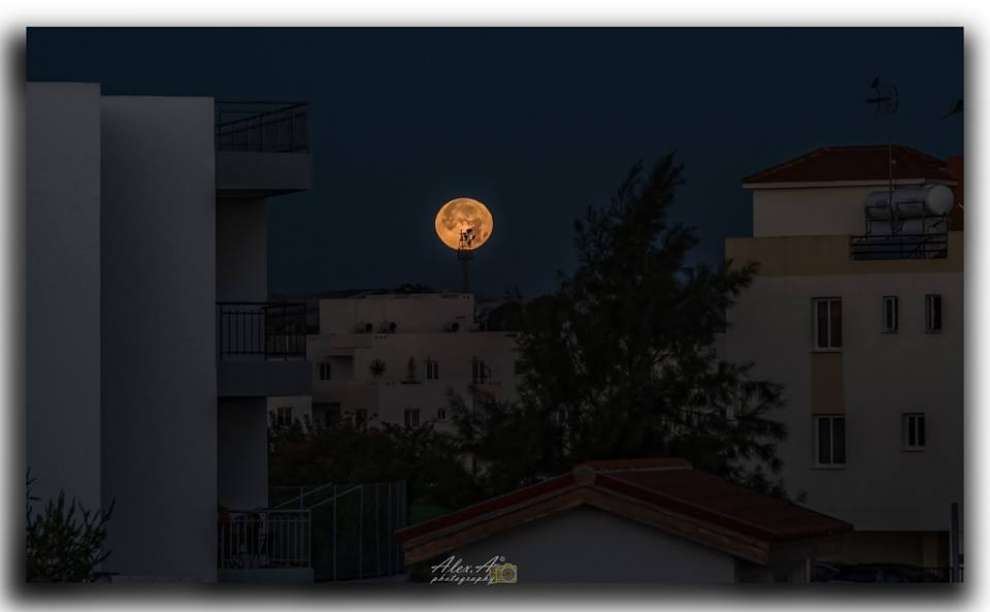 Historical data:
Within a short distance from the Community of today's Livadia, there was a settlement called "Tridato", which today does not exist.
After the dissolution of the settlement, the remaining inhabitants of Tridatos, moved to the area that today (2018) the village is built. They began to build their village there and gradually evolved it into today's Municipality that we know.

Churches and Attractions:
Taking a walk in the Municipality of Livadia you will see three temples. The most ancient of these three temples is that of Saint Paraskevi. Additionally, there is the temple of the Three Hierarchs and the church of Saint Savvas. The last two are newly built temples. 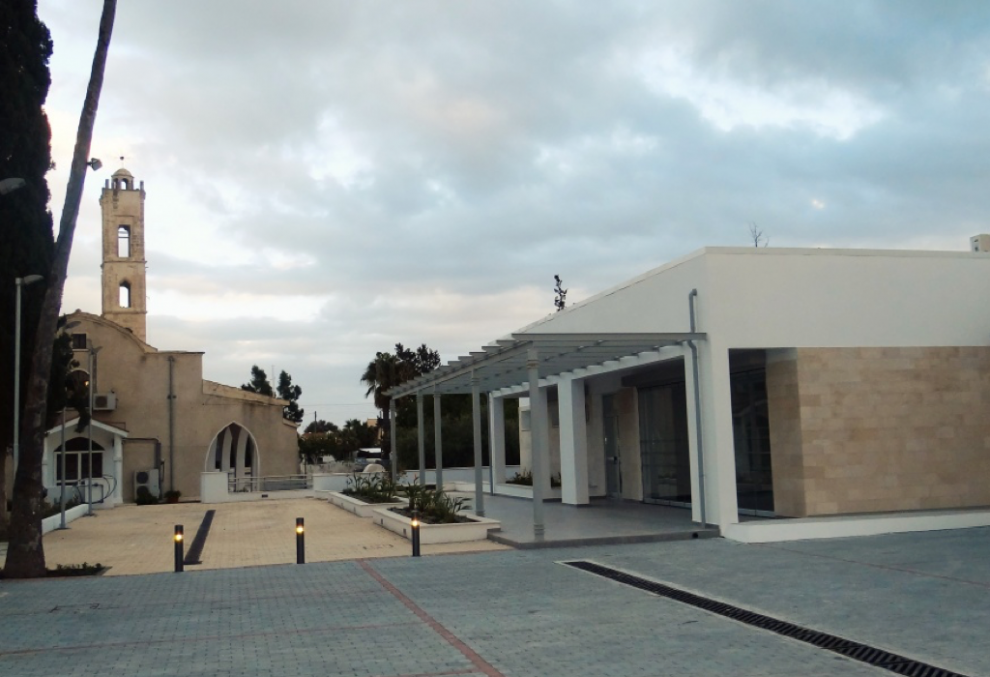 Apart from the churches, there are several chapels in Livadia, such as the unique chapel of Saint Judes of Thaddaiou and Saint Paisios, the only one is Cyprus. The chapel was dedicated to Saint Judas, since his synonymy with Judas Iscariot was the reason why no one was baptised by his name and no church was built in his honour. Indeed, few are the ones who know its existence. Other chapels are Agia Kyriaki, Agios Panteleimonos and Agia Anastasia of Pharaoholytria. 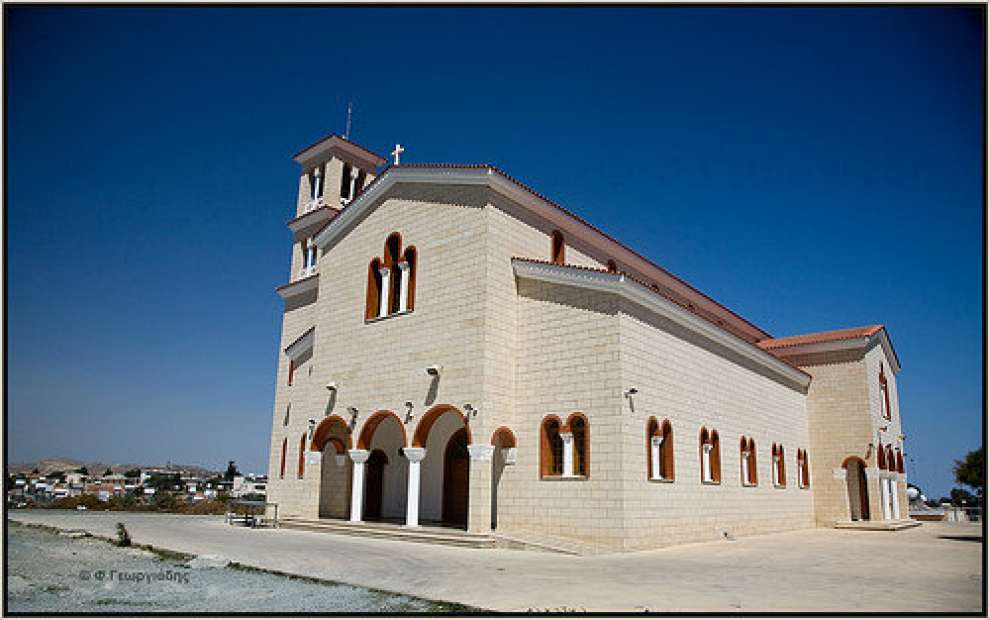 On the northeastern side of the Municipality, the middle school of Livadia is built, which started operating only in 2002, while a short distance away you can find the Highschool of Livadia.

Additionally, in the Municipality of Livadia you will see the Kalamourgiki Memorial Museum, which was created and inaugurated in November 2016, in order to preserve the memory of the people of the community concerning the use and processing of the reed.

Surely one of the sights to visit is Lake Oroklini, which borders with Livadia and it is one of the only seven natural wetlands on the island. Based on the European Birds Directive, Oroklini Lake has designated a Special Protection Area (CY6000010) for two important nesting birds, Kalamakan Himantopus himantopus and Vanellus spinosus, belonging to Annex I of the Directive on Birds. Also, under the European Habitats Directive, a Site of Community Importance (SCI) (CY6000011) has been designated for its halo vegetation. It is also one of the 3 wetlands where Acquis communaitaire applies, - the other two are Paralimni Lake and the Larnaca Salts. Lake Oroklini, like most of the natural wetlands in Cyprus, is threatened and requires management measures to protect it. 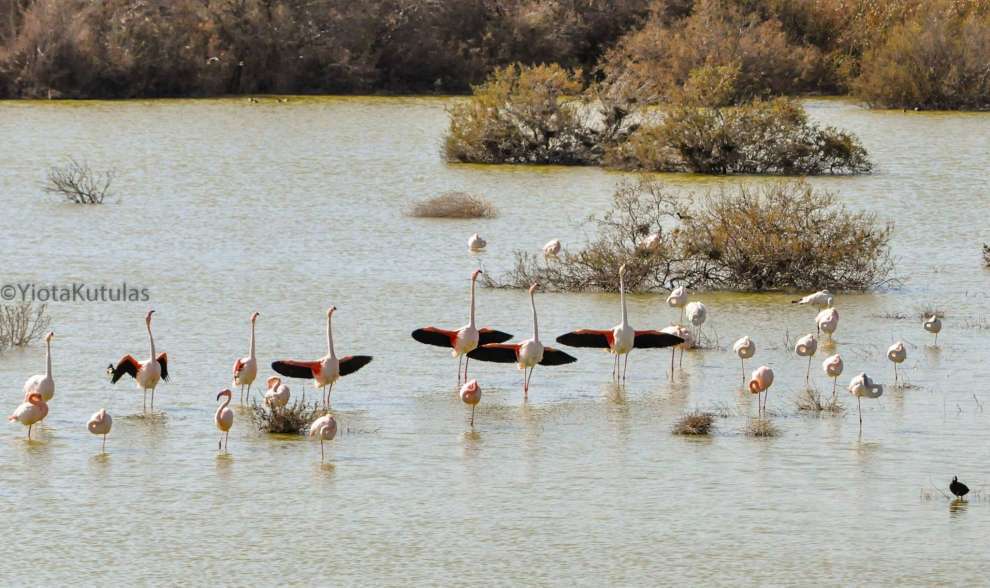 Civilization:
Cultural movement in Livadia has been observed since the 1940s, when young people from the community wanted to engage in theatrical performances to offer entertainment to their fellow villagers. As a result, today the Municipality of Livadia founded the following: theater workshop, painting workshop, mandolin, municipal philharmonic and finally the AGO, where 500 people are employed in six different sports.

Population:
In the past, according to historical reports, Livadia experienced several population fluctuations, and nowadays they have been transformed into a municipality. Today's image of Livadia is the result of population formation since 1974 and then, when thousands of displaced people settled massively in the village. Indigenous residents are less populous than displaced and others. According to the 2011 census, the Municipality has 7,206 inhabitants. 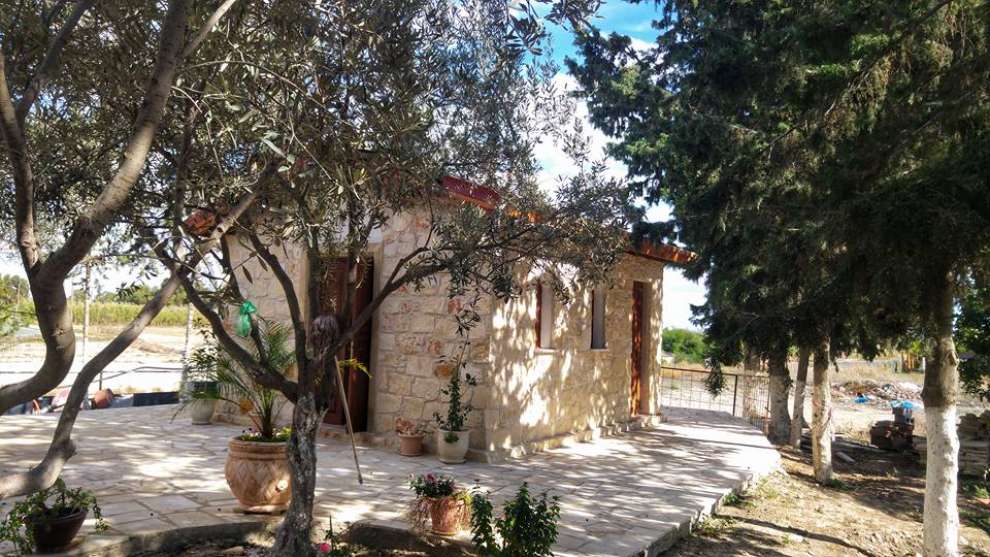 Occupations of residents:
Previously the inhabitants of Livadia were engaged in livestock farming and were shepherds. There were also several farmers and labourers in the area, while a portion of them involved in basketry art making baskets and psatharkers. Later, during the decades of the interwar period (1920-1930), several inhabitants were coaches and traders. After World War II, the residents were engaged in offering services, the tourist sector, the operation of shops, trade, crafts and more.