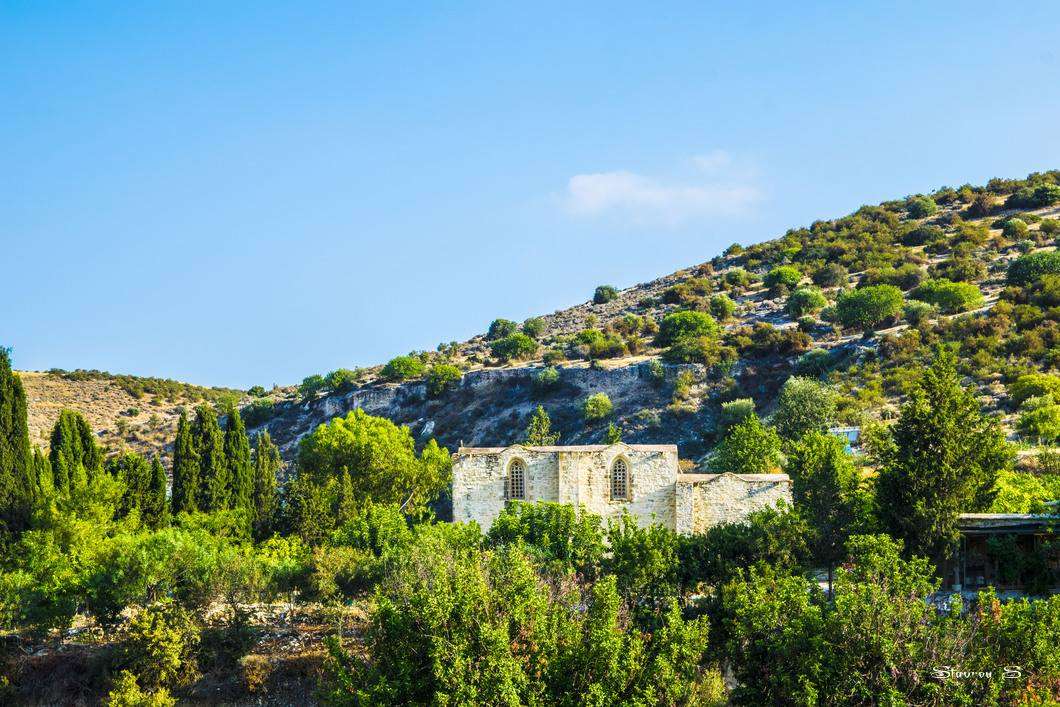 Saint Catherine and the mosque...

Klavdia is a village in the Larnaka district, about 10km away. It is a village that borders the communities of Anglisides, Alethriko, Kalo Chorio of Larnaka and Menogeia.

According to the 2011 census, Klavdia had 427 inhabitants. 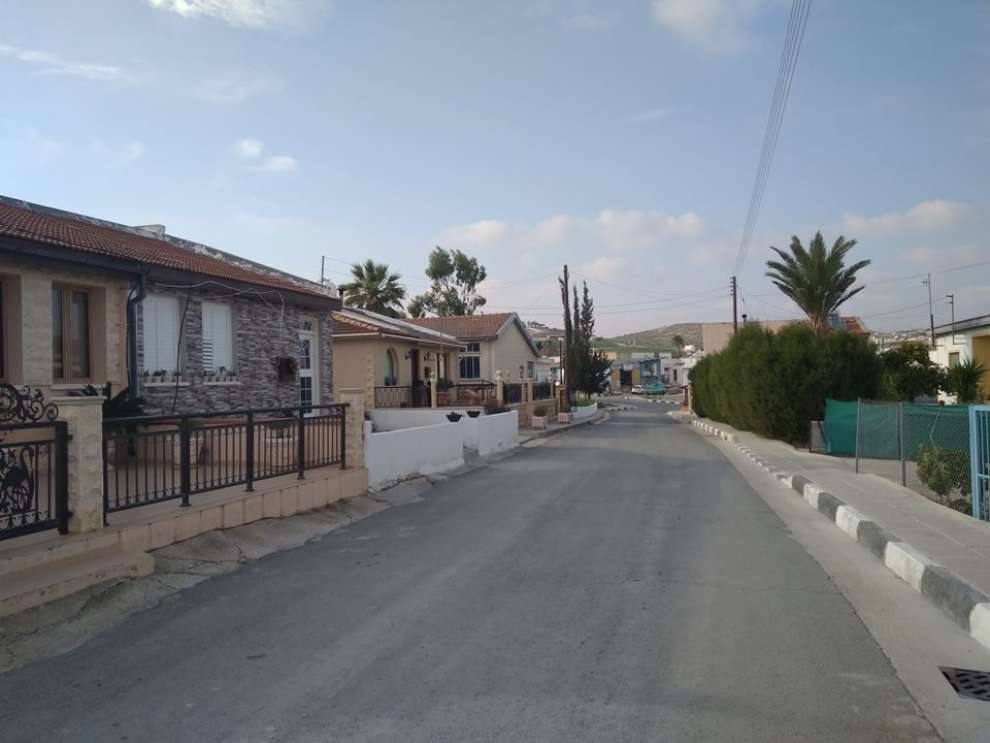 Historical data and the name of the village:
In the area there are remains of an ancient settlement dated to the Chalcolithic era. Excavations in the settlement in 1899 brought vases and other objects to light.

Other finds found in the area reveal that the settlement existed during Roman times, which later was deserted and abandoned. During the Frankish domination it was re-occupied.

According to popular tradition three brothers who were rich Franks landowners Claudius, Stephanus and Galatikos had in their possession from a region to which they gave their name. Claudius gave the name Klavdia, Stefanos gave the name Tersefanou and Galatios gave the name Galata near Kakopetria.

The chances that Klavdia was originally inhabited by workers who worked in the estates of Klavdia and later developed it into a village, are very high. 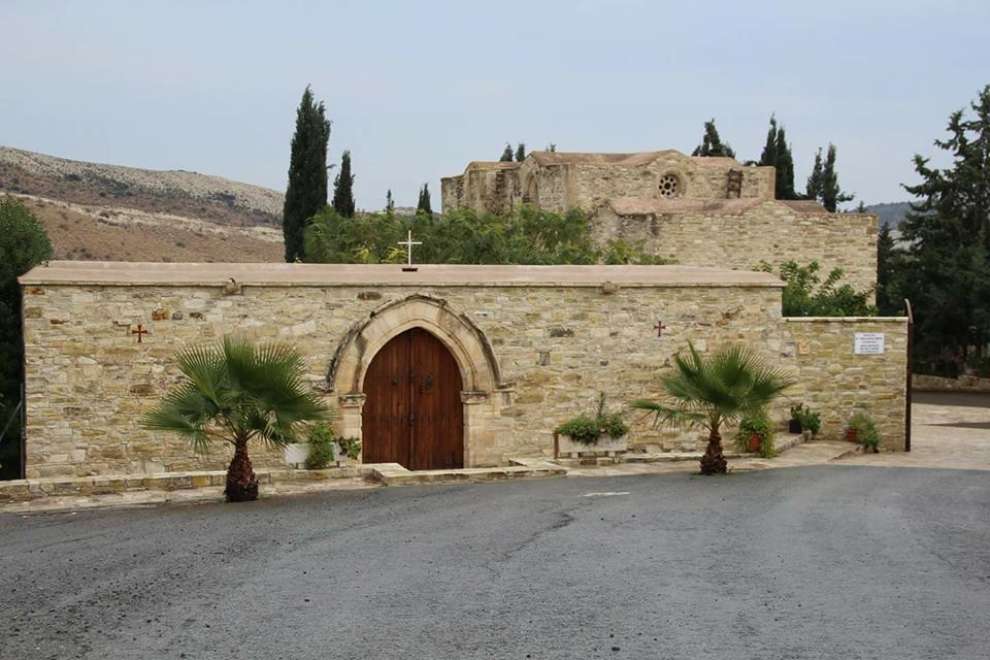 The first refugees came to the village of Klavdia in 1975 at the beginning of 1976, finding the village deserted. Arriving in the village they chose a house and wrote outside their name. Then with the help of the state they kept the houses and brought their family. In addition, the state has given them land to cultivate. Each lot was about 30-35 stairs. Land was given to those who had as their main occupation the agricultural livestock industry. Those who had a second occupation in agriculture or livestock were given half of the plot.

Little by little the village of Klavdia began to be organised and the life of the inhabitants came in order. They began to make their homes, clean their yard, plant beautiful flowers and trees. The streets were asphalted and some were pavements.

Today, in the centre of Klavdia, one can still see the old houses of the Turkish Cypriots, brick-built and united with each other.
The Turkish Cypriot cemetery at the entrance of the village remains fenced and any intervention is forbidden. It is worth mentioning that the church of Saint Catherine is declared a Turkish mosque and operated as such in the years when the Turkish Cypriots lived in the village. Opposite the church, there is a base of a Turkish Cypriot monument. No one knows what he had over, probably a statue of Kemal Ataturk. The house behind the monument was used 2-3 times as a church by the first refugees. 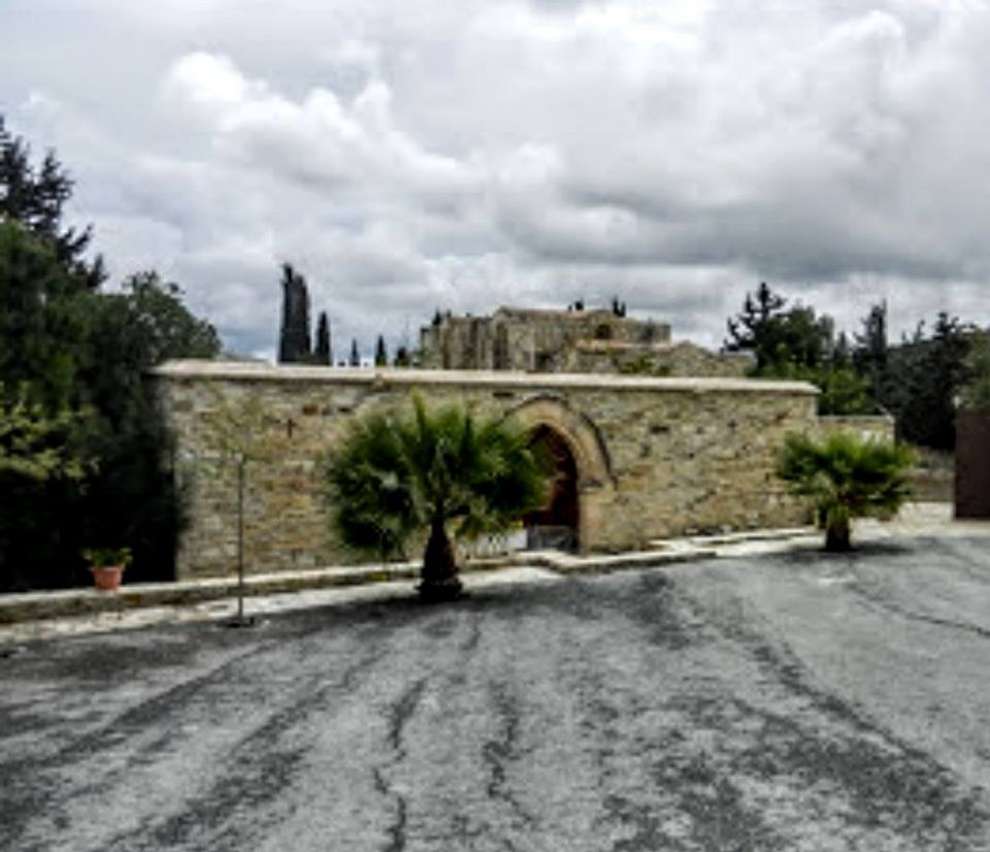 After opening the barricades, many came and were looking to find their homes. Those of them were inhabited by Greek Cypriots asking for permission to enter. It is noteworthy that almost all the former residents of the Klavdia live in Peristeronopigi. In fact there is a café called Klavdia there.

Churches:
The refugees "built up" in their new community, the church of Apostle Andrew. It is remarkable that they did not build it out of stone to withstand time. It is a simple tempered temple, which arouses awe and thrill, as it reveals their hope to return to their villages. 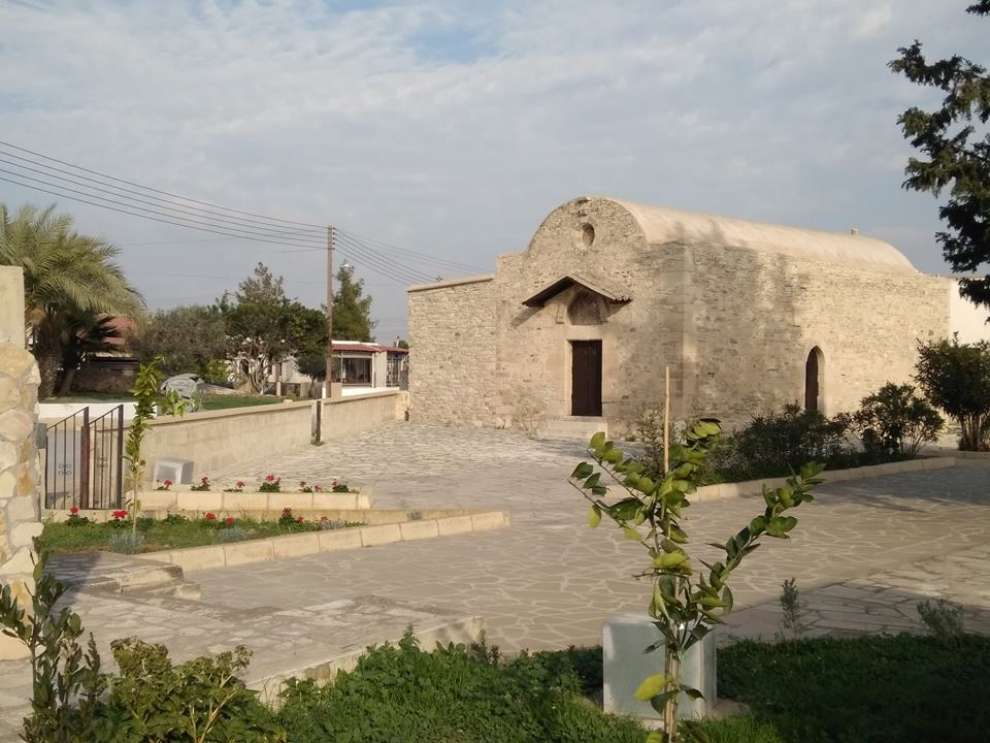 Also, as mentioned above, the church of Saint Catherine dominates in the village, built in the 14th century, in a Byzantine style. It is a one-aisled vaulted church which is closed and it is officially considered a mosque

It is also worth mentioning that between the villages Pyrga and Klavdia there is the mediaeval monastery of Panagia Stazousa.