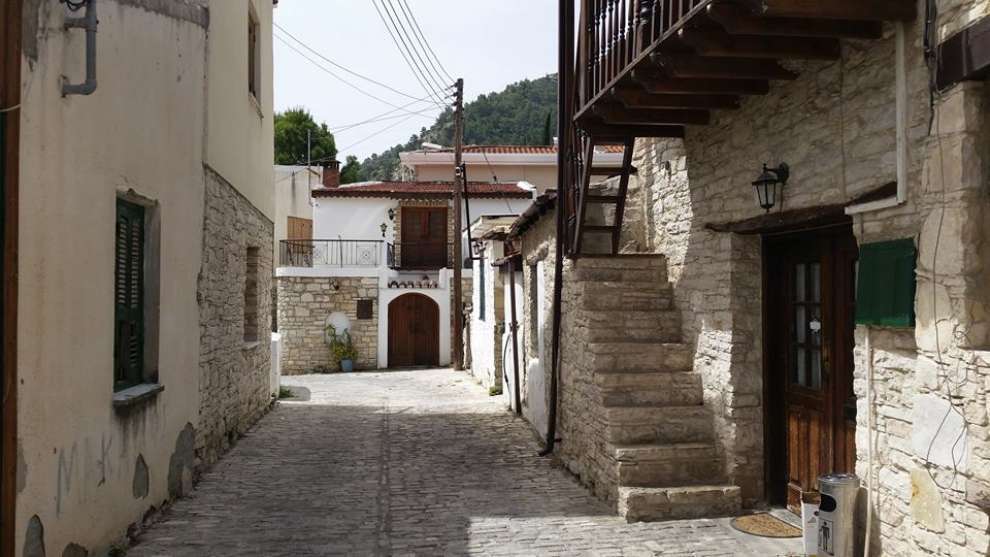 The beautiful traditional renovated houses will send you back many decades

Agios Georgios (Sylikou) is a village of Limassol and it is about 25km away from it. It is built to the left of the Kouris valley at an altitude of 550m above sea level.

The village to the south and west is bordered by Lofou, to the east with Doros and Monagri, to the northeast with Laneia, to the north with Silikou. 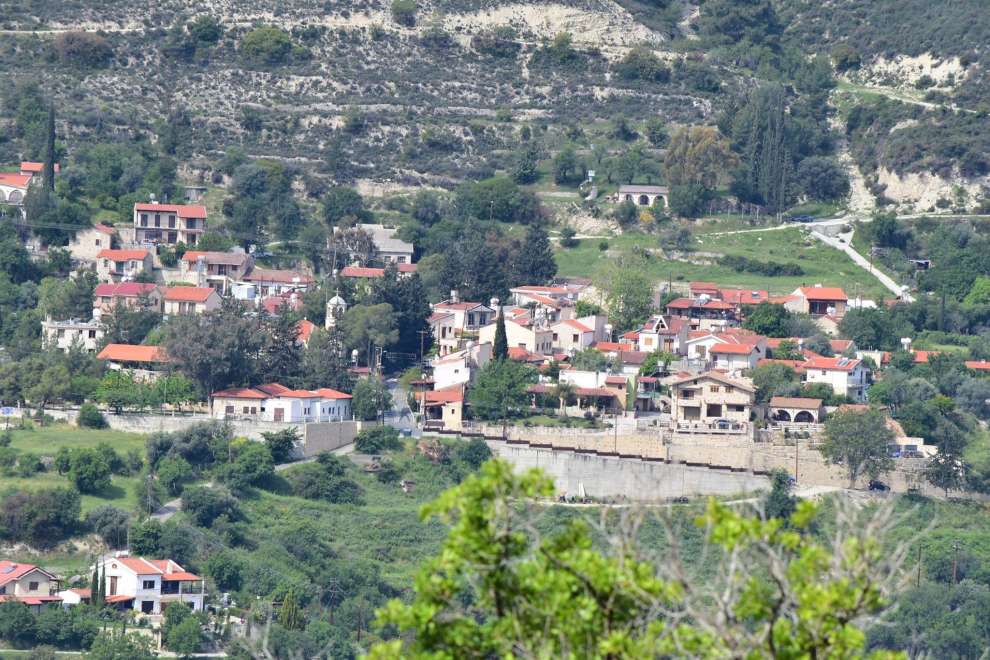 The name and the creation of the village:
According to the tradition, in 1800, a resident of the village of Agios Georgios Pafos, who was a shepherd, because of the drought of his village, took his family and his animals and sought a new place to live. So he arrived at the Dionisos River, an area located between Agios Georgios and Sylikos, where he settled there as well as extensive land of cultivated and abundant water. Then came another family from his village in Pafos, and they decided to name the area of ​​Agios Georgios as their original village. Their descendants built the church of Saint George, which exists until today (2018), and it preserves the remains of St. George. The descendants of these two families still live in the village today. 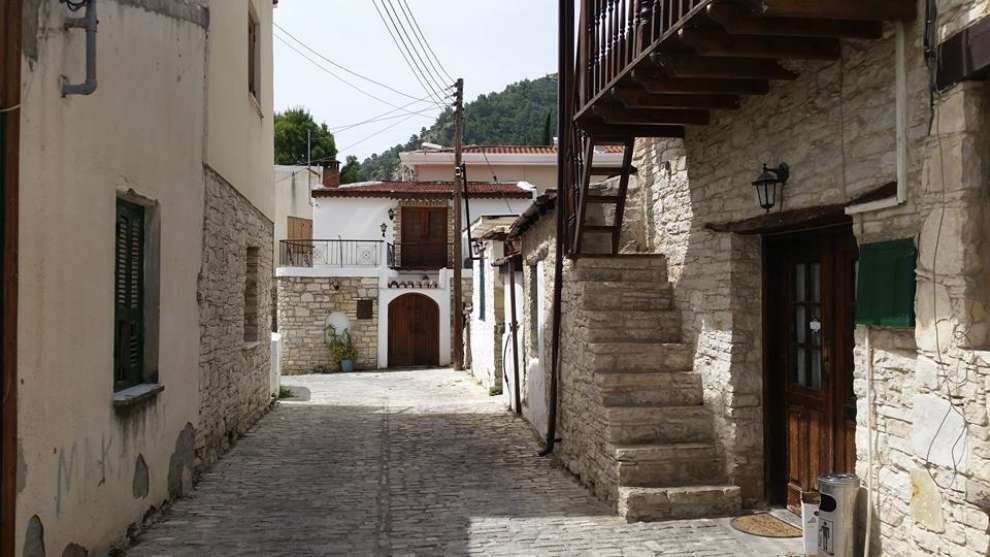 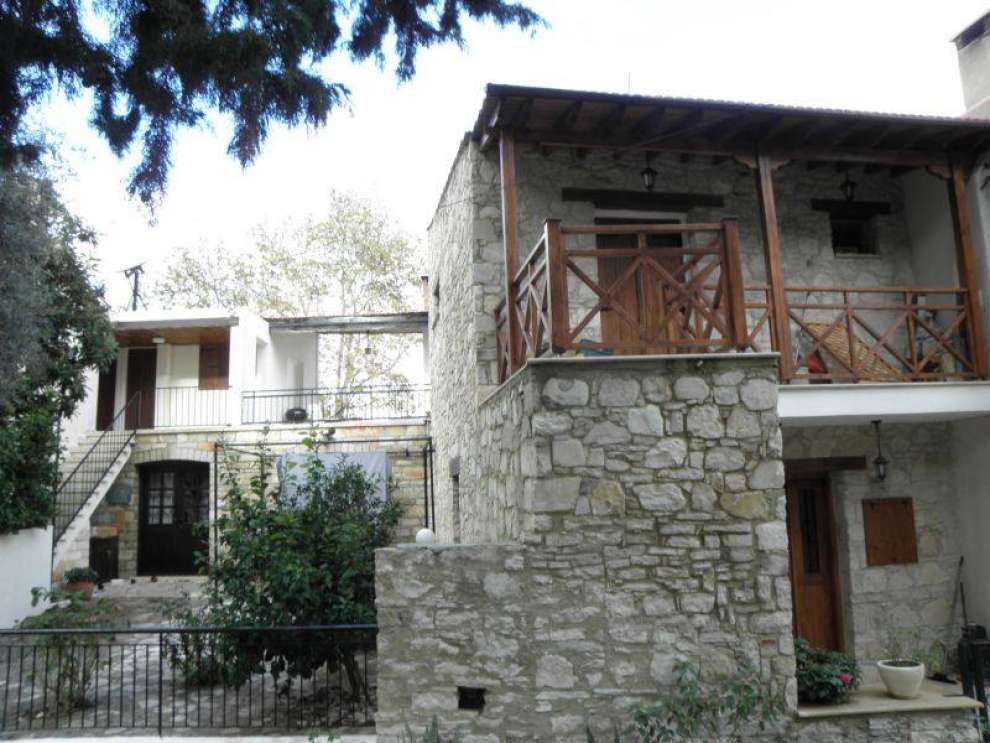 The churches of the village:
Making a walk in the village, you will see four churches. The old church of St. George, built in 1830, is a stone-built church with white walls inside and without frescoes. According to some information there was an old monastery in the same area that was destroyed. The new church of St. George, built in 1928. This church was first opened in 1955. 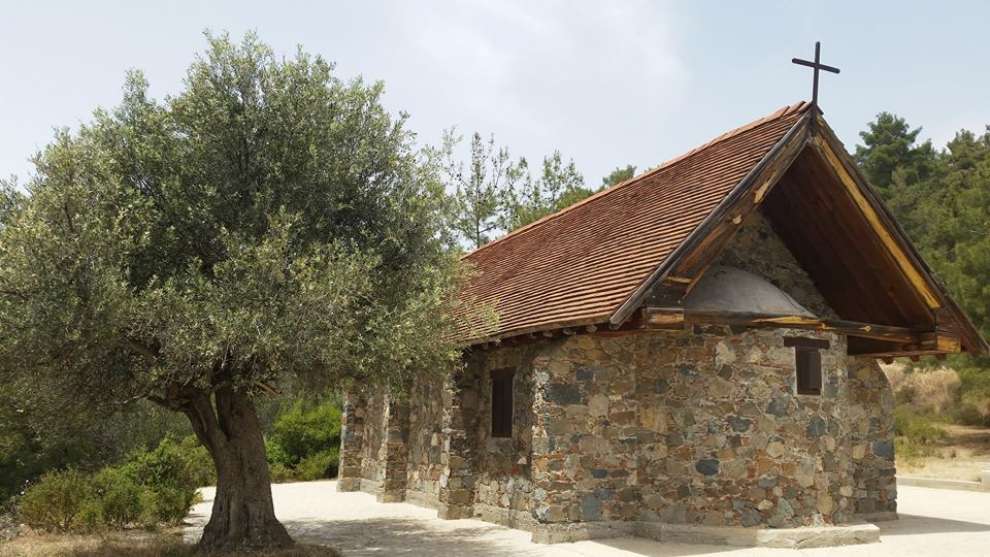 In addition, in the village there is the chapel of Agios Panteleimonas, built in 2007, and the chapel Panagia Syrkas, built in 1897. According to the tradition during the years of the Frankish rule (1192-1570) the site where the church is built Panagia of Syrkas, there was a kingdom of the Franks, with a prince of Zografou, who fell in love with the Great Lord Chinitselis from the neighbouring village of Monagri. On the south side of the church there are to date remnants of a wall that may be part of the walls that protected the above kingdom. 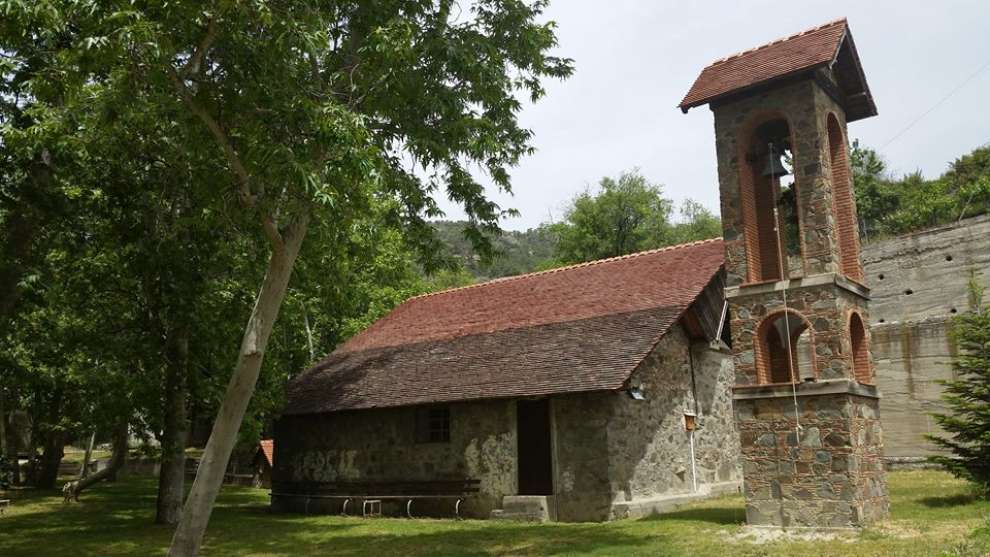 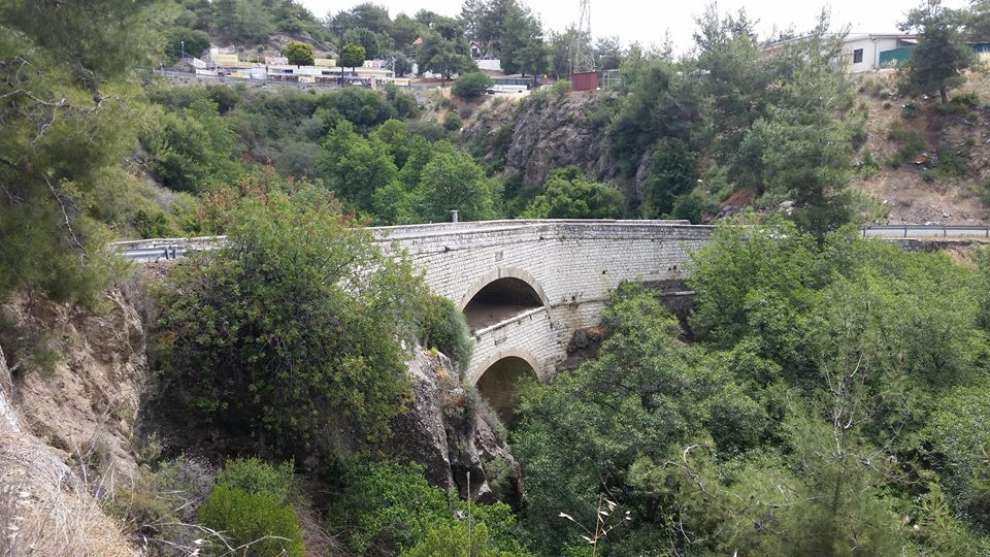 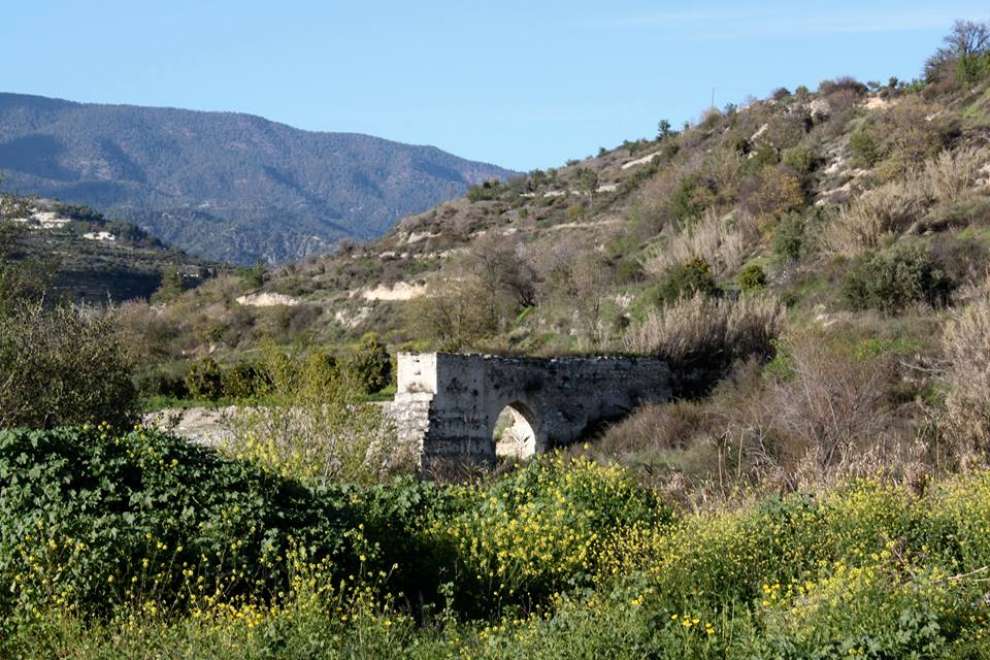