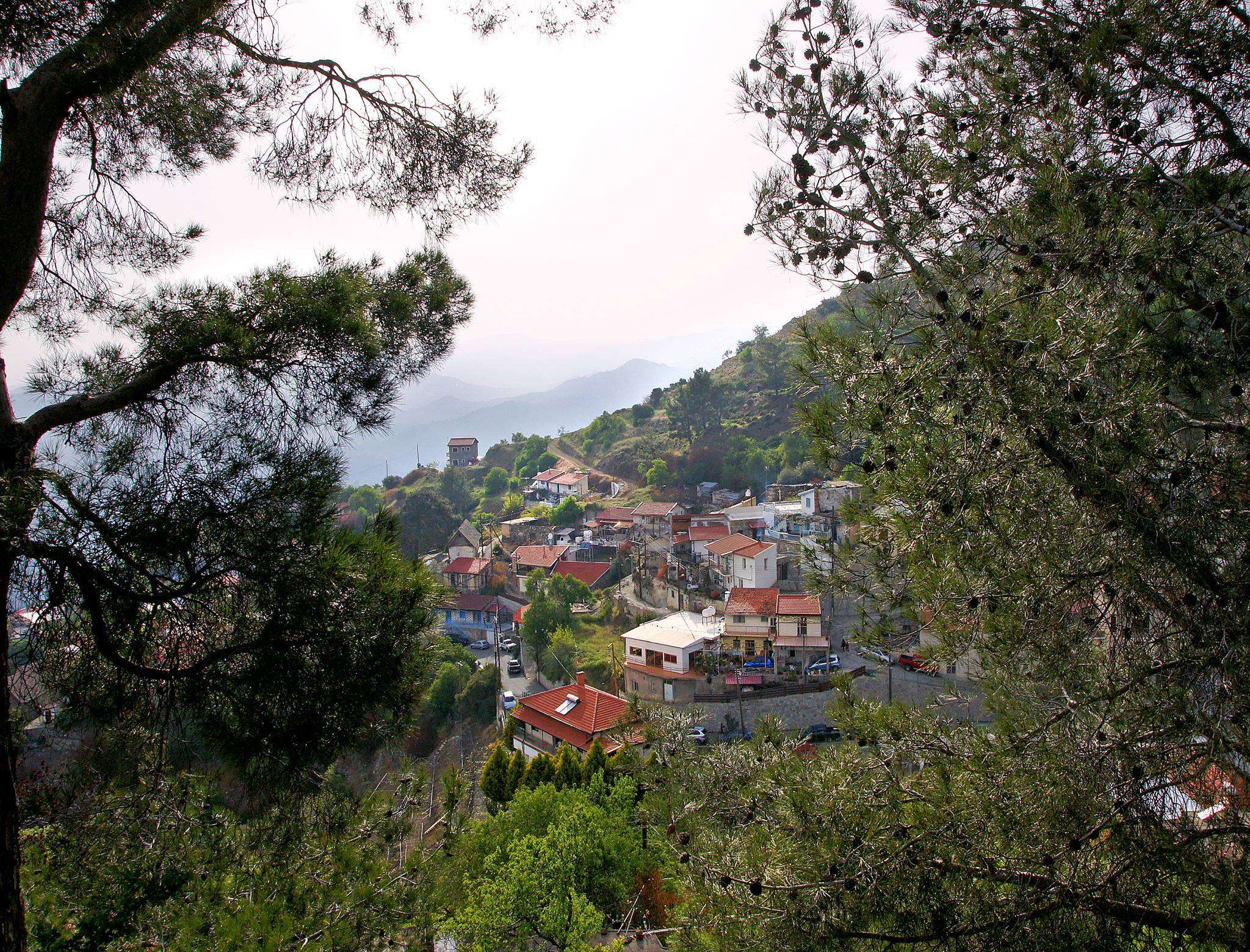 Zoopigi is a village in the Limassol province that belongs to the Pitsilia geographical district and it is built about 24 kilometres north of the city of Limassol at an average altitude of 885 meters.

The landscape of the area that is divided by the tributaries of the river Germasogeia and the river Limnati (Xylourikos). 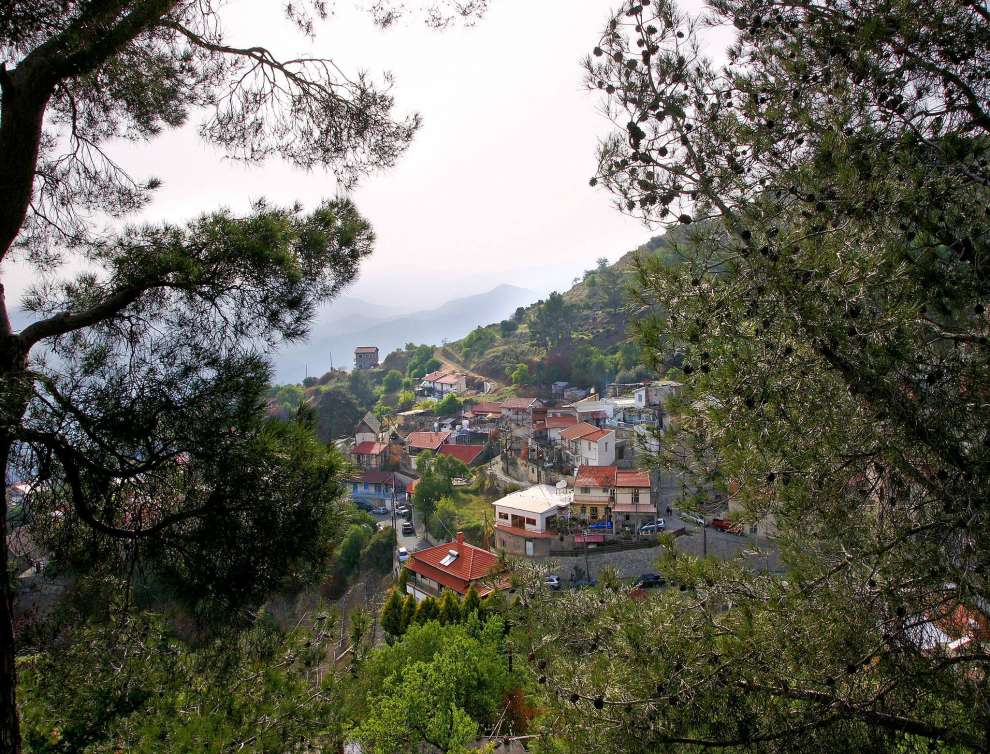 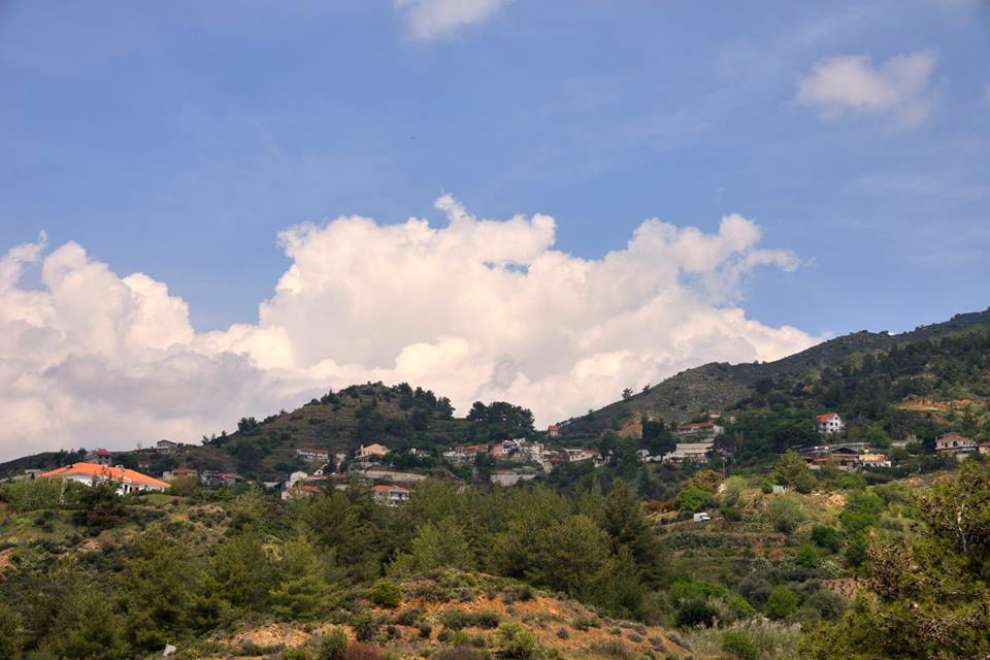 Crops and Occupations:
Zoopigi grows vineyards, wine-growing varieties such as Xynisteri and native dark coloured grapes, olives, almond trees, vegetables and fruit trees. Since ancient times, from the variety Xynisteri and from the local black grape, produced sweet Cyprus wine called Nama, which later on, during the era of the Crusades was named Commandaria. 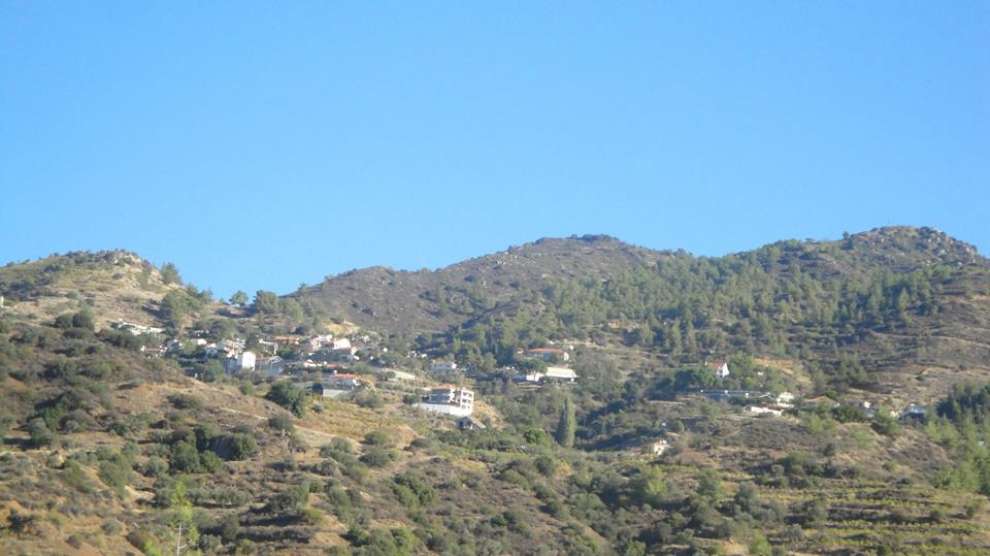 The Name of the Village:
According to folk tradition, the village was originally called "Zoodochos Pigi", which after the combination of these two words was named Zoopigi. This version is also evidenced by the fact that the village church is dedicated to Zoodochos Pigi.

Historical Data:
According to Nearchos Clerides, Zoopigi is one of the youngest villages in Cyprus that was created during the Venetian occupation of Cyprus. In the 16th century it is marked on the Ortelius map of 1573 under the name "Zopy". On the same map Orongou, a settlement near Zoopigi, is marked but does not exist today.

Orongou was an earlier settlement and it is probable that its inhabitants gradually moved a few kilometres northwest and created a new village, Zoopigi. Orongou existed until the mid-19th century and was then abandoned completely for unknown reasons. It seems more likely that there was water and more fertile land in the area of the new village. 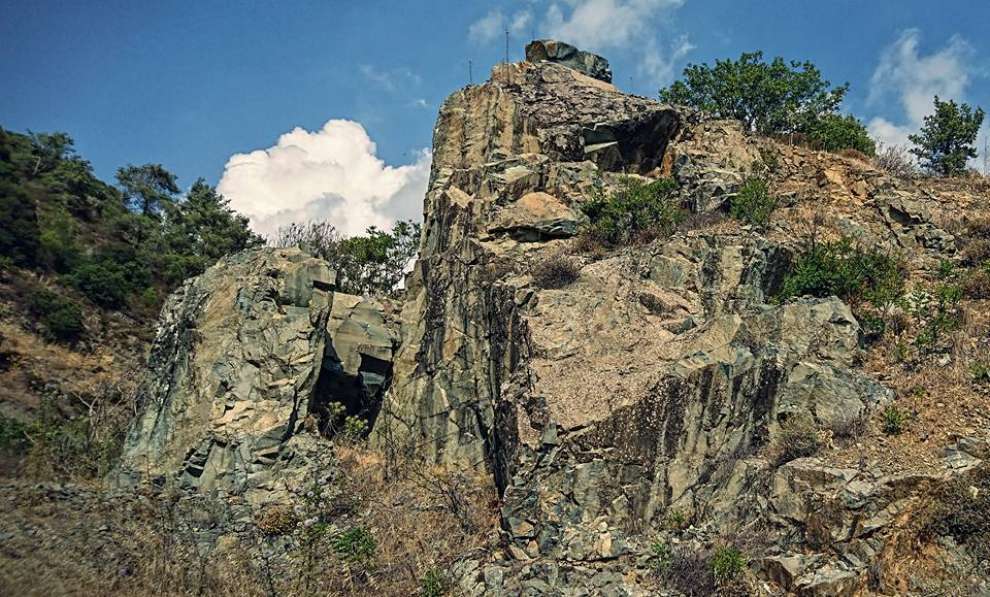 Sights and churches of the village:
Walking through Zoopigi, a visitor will find that the settlement is not compact due to the fragmentation of the area. However, the visitor will be impressed by the preservation of the traditional folk architecture of the houses with the tiled roofs, picturesque small courtyards and vineyards.

Also in the village you can see the church of "Zoodochos Pigi" which is a single-aisled wooden roof with a protruding an apse on the east, five-sided exterior and semicircular interior, possibly of the 13th century, with its 16th-century fragments preserved inside. You can also see the chapel of St. Nectarios. It is noteworthy that in the 1930s, the school of Zoopigi was housed in an old church dedicated to Agia Marina, according to Gunnis.

It would be a mistake not to mention, the monument dedicated to Antonis Antoniou and the Monument to Michael Georgallas hero of 1955-1959, existing in the village as well as the hideout of the area. Also in the village there is the Commandaria Museum, which was founded in 1940 and the exhibits are organised by chronological periods. 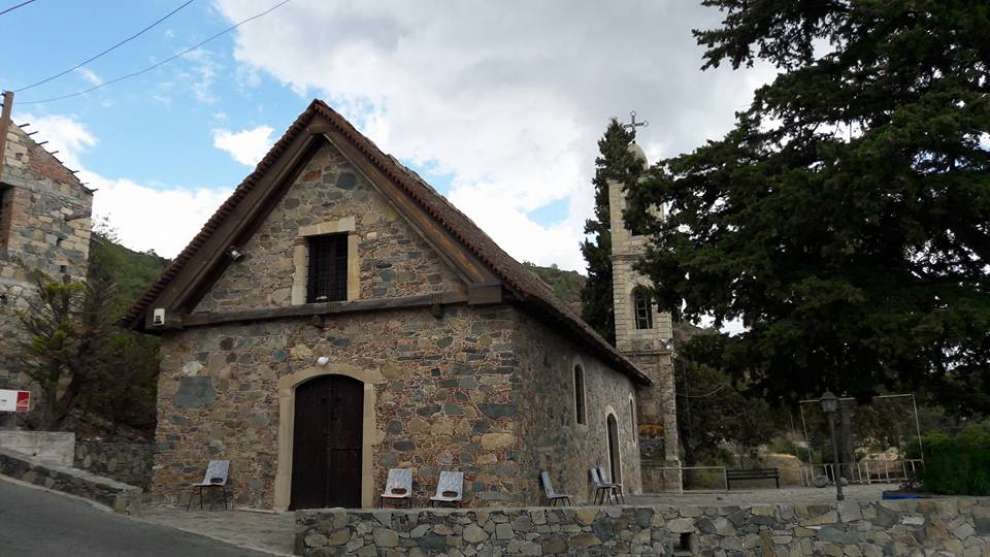