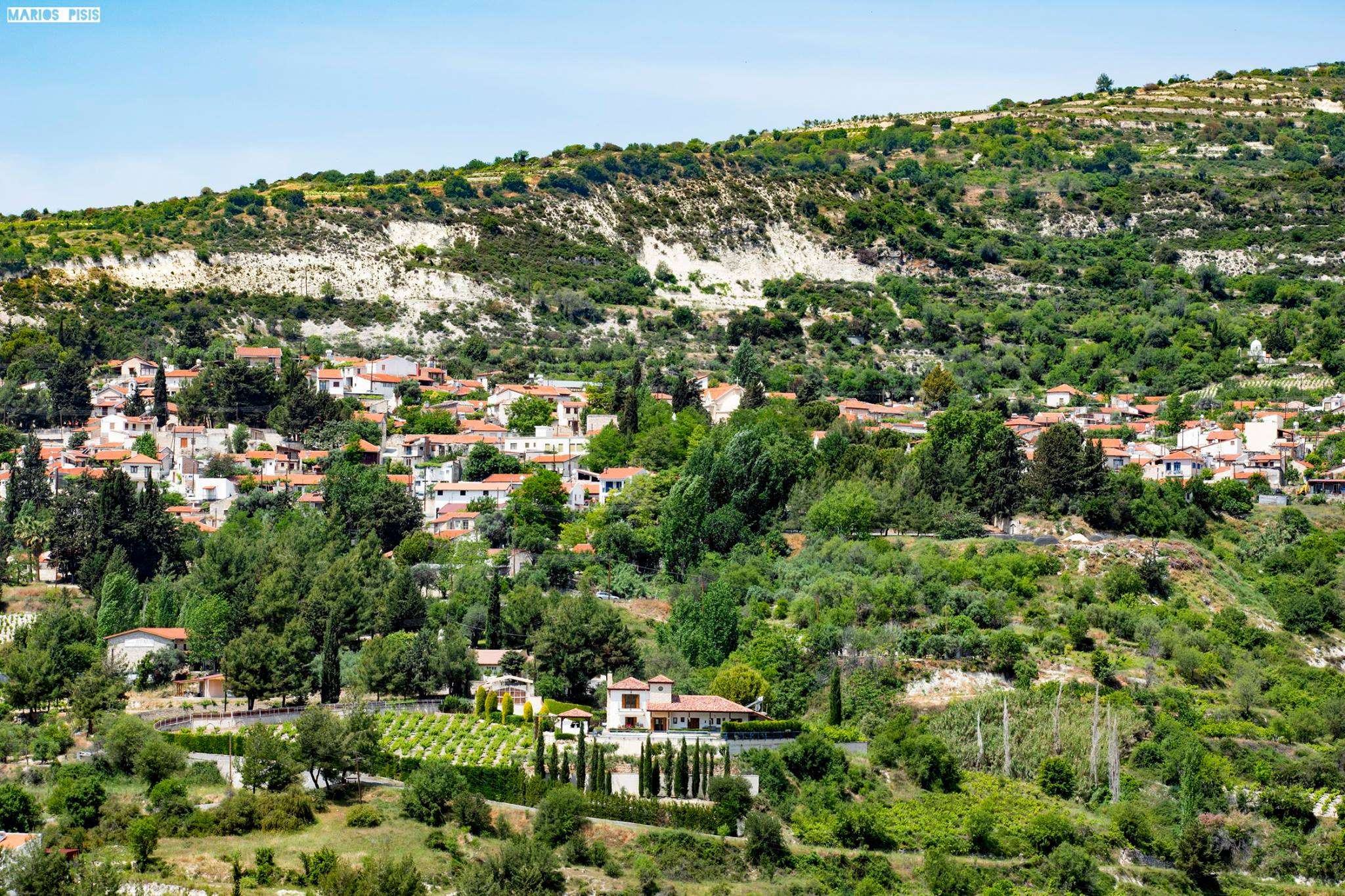 Koilani is a village of Limassol that is among the wine villages. It is a village that is built on the eastern side of Afami and it is 35km away from Limassol. 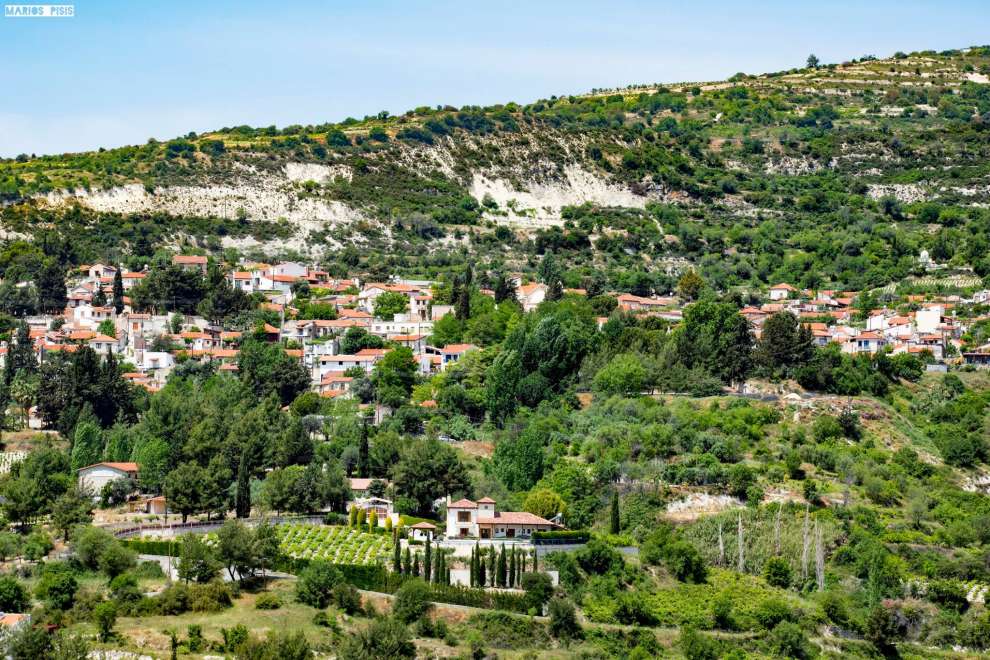 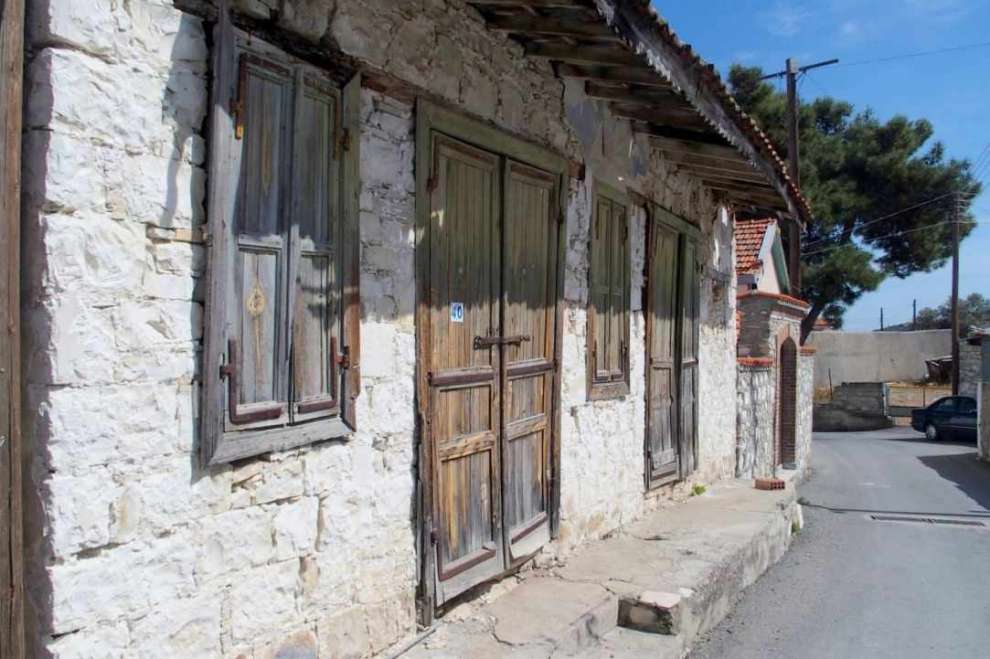 Historical data:
During the excavations in Koilani, tombs with vases dating back to Roman times were found. There are also remnants of the early Christian times, Frankish rule, Ottoman domination, and the recent history of our island found.

According to the book "The Chronological History of the Island of Cyprus" by Archimandrite Kyprianos, during the Ottoman occupation, Koilani numbered about one thousand homes, that had permission to produce and process silk, and it paid--along with other villages--a special tax for the army. 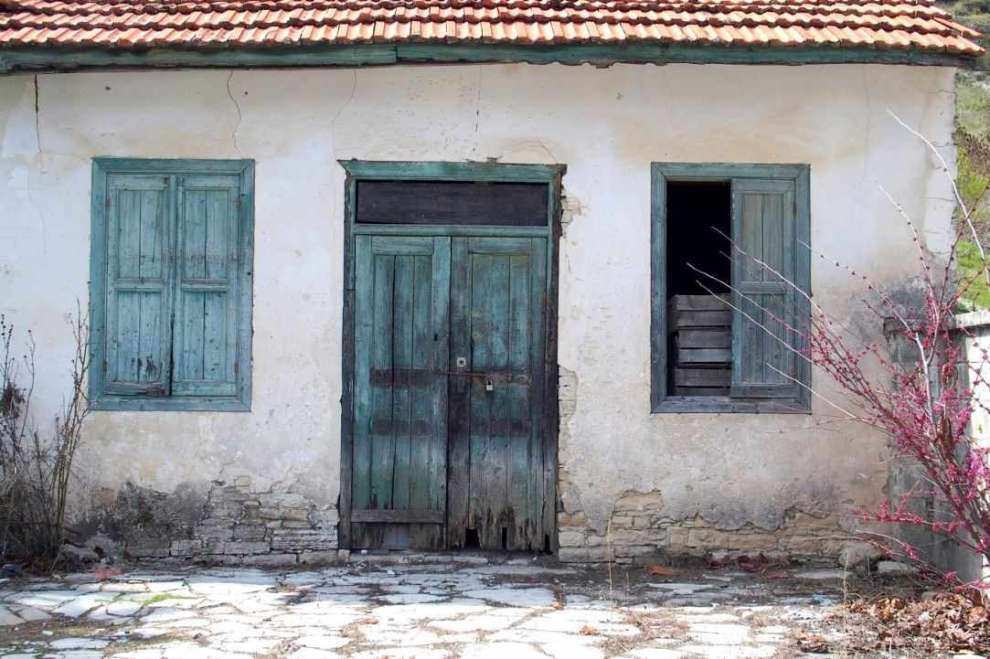 During the British domination there was an administrative centre that included a land registry, a court, a police station, a medical centre, a post office. Koilani was called the main village of the wine cellars and the capital of the Koilani district.

The name of the village:
There are various versions of how the village was named. According to one version, the village was once known as "Kourion" named after the son of the mythical King of Cyprus Cinyras - a name that lasted until the Byzantine Period. During the Frankish rule it was renamed Koilani.

A second version states that that first inhabitants who settled in the village came from the ancient city of Kyllini Peloponnisou, in Greece. A third version claims that the name may come from the village's location which is in a koilada (meaning valley). 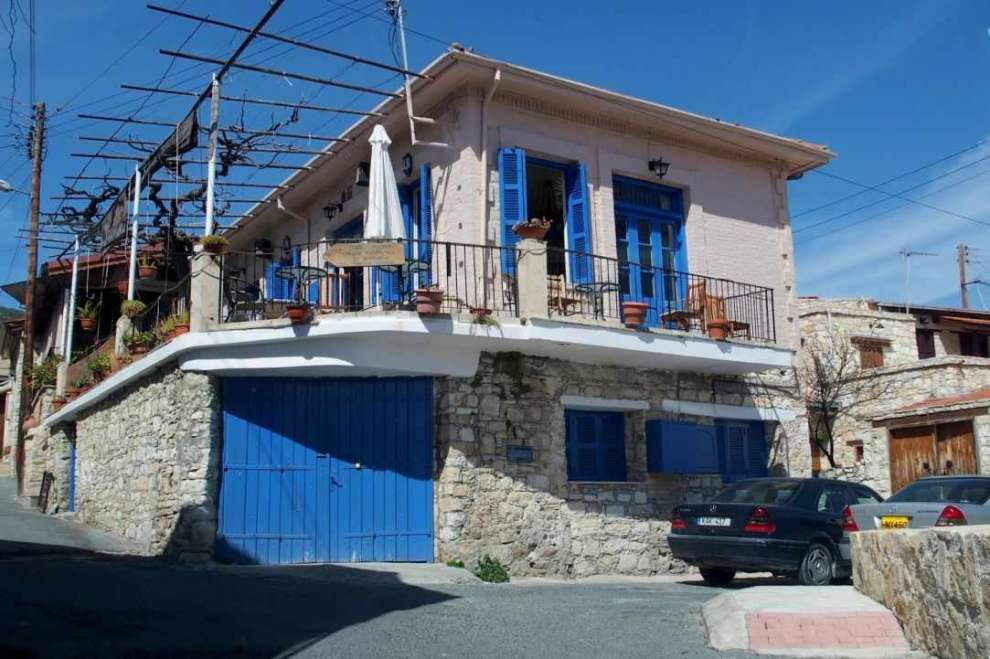 Sights and Churches:
Walking in Koilani you will come across two churches, the church of Panagia Eleousa and the church of Monogeny, which today (2018) operate alternately. These churches are built under one of the largest plane trees of the island, in an interesting and unusual architecture and important frescoes. 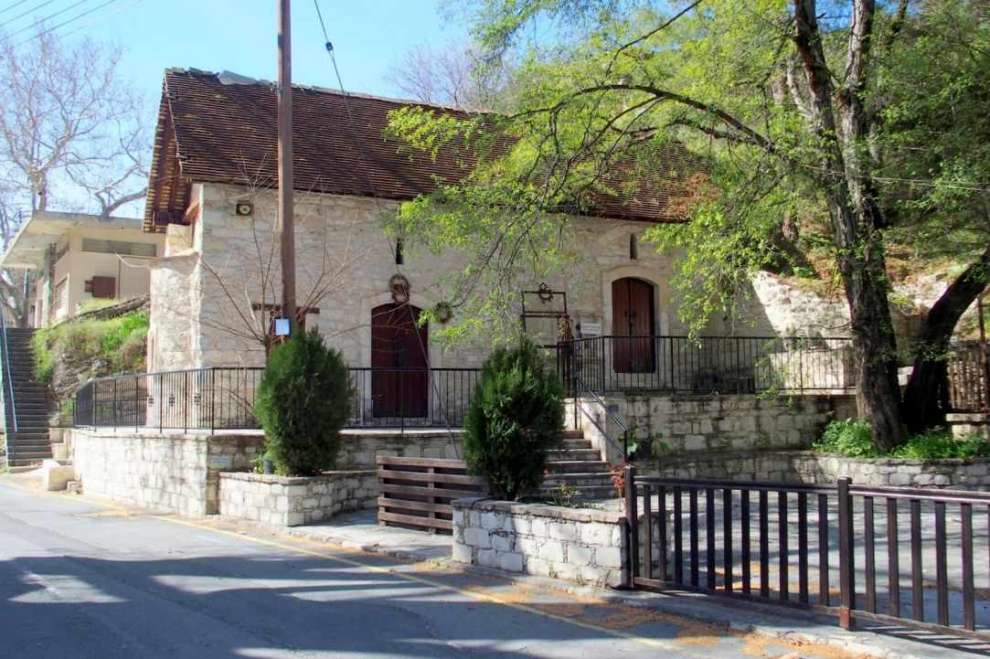 It is worth mentioning that in Koilani there is the Muslim mosque, which was once the Christian church of Agia Sophia. Besides the two churches in the village there are also many chapels. The most well-known is the one of Agia Mavri, with important frescoes, and is built under a huge plane tree in a magical setting.

Despite the great decline of its population, Koilani continues to maintain its traditional architecture so that new homes are rarely built on it. In the narrow uphill streets, tall walls come out with doors that are tall, and then rectangular. These gates close behind the small courtyards of the houses. In the inner courtyards of the houses, the visitor can see the old traditional clay jars, while it is remarkable that some still retain their old equipment for making wine or distilling the strong liquor of Zivania. The entire village is so densely populated and the roofs of the houses are literally united.

There are two museums in the village of Koilani, the ecclesiastical and the viticulture, where remarkable examples of ecclesiastical tradition and folk art are preserved. Also worth visiting is the old olive mill, which has been renovated and the old elementary school that does not work today. 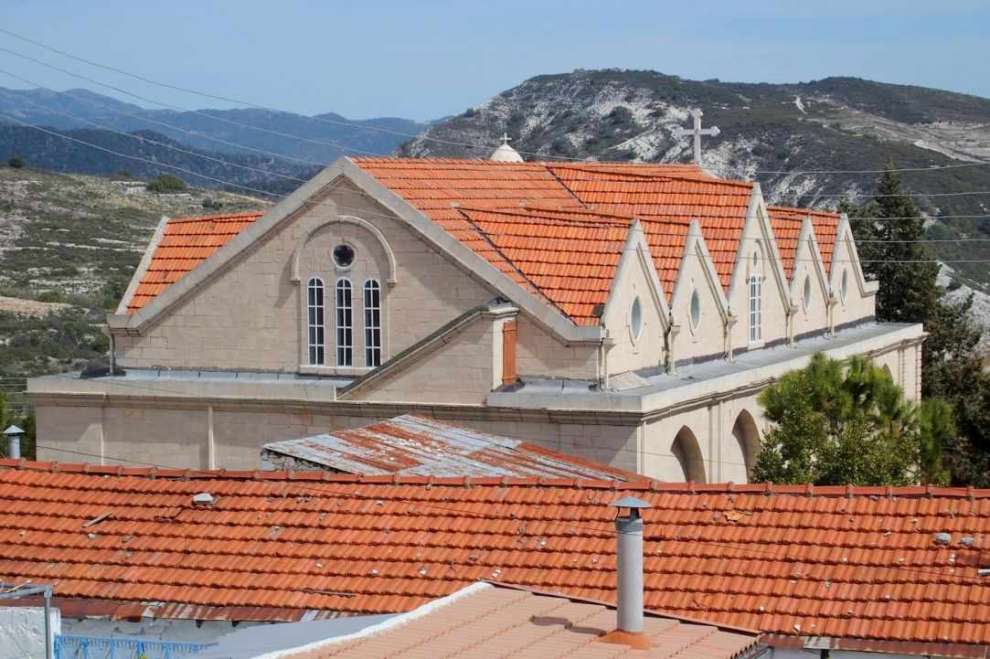 Crops and occupations:
In Koilani, in the past years, wine grapes, apples, pears and other fruit trees and vegetables were grown.

The village had a number of small industries and labs, such as blacksmith’s shops, shoemaker’s shops and carpenter’s shops. At home, women had silkworms, produced silk, wove and manufactured handkerchiefs, breeches and belts. They also embroidered pipilla, crochet, lefkaritika, and many more. 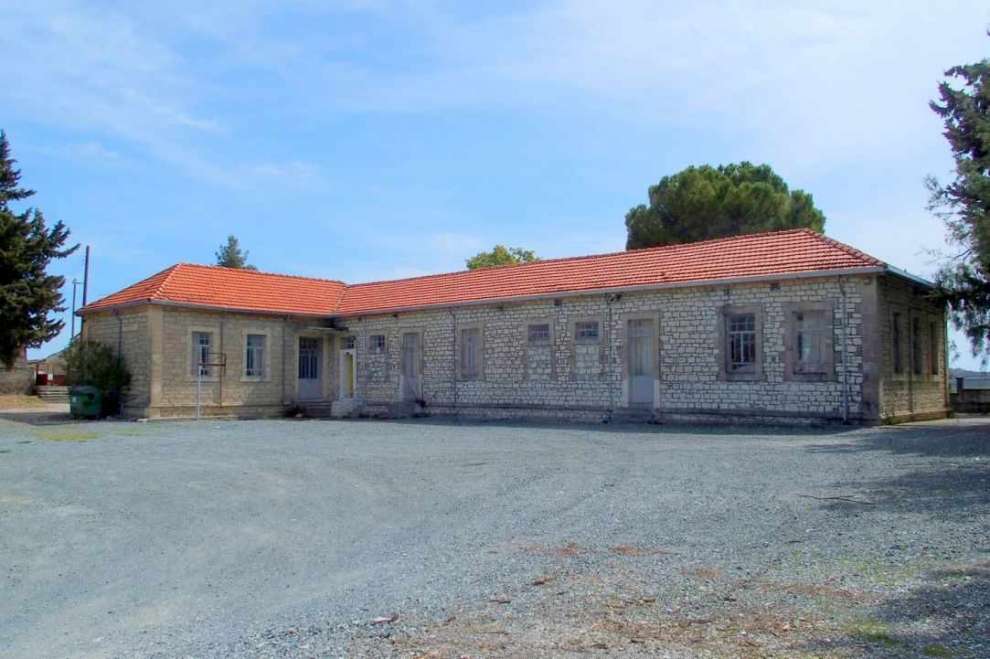 The Afamia:
In Koilani, the Afamia and Palouze’s celebration, is held at the first weekend of October. Afamia has established itself as a beautiful folk event offering an artistic program, free of charge, and visitors have the opportunity to walk in the streets of the village, visit museums, churches, the school, the Police Station where paintings and photo exhibitions are hosted, to buy products from their source: rusks, soutsouko, nuts, molasse (epsima), raisins, and many more. It also celebrates the opening of the jars (Pithoigia) in November.

The village and Agia Mavri also has five wineries and several cafe-restaurants. 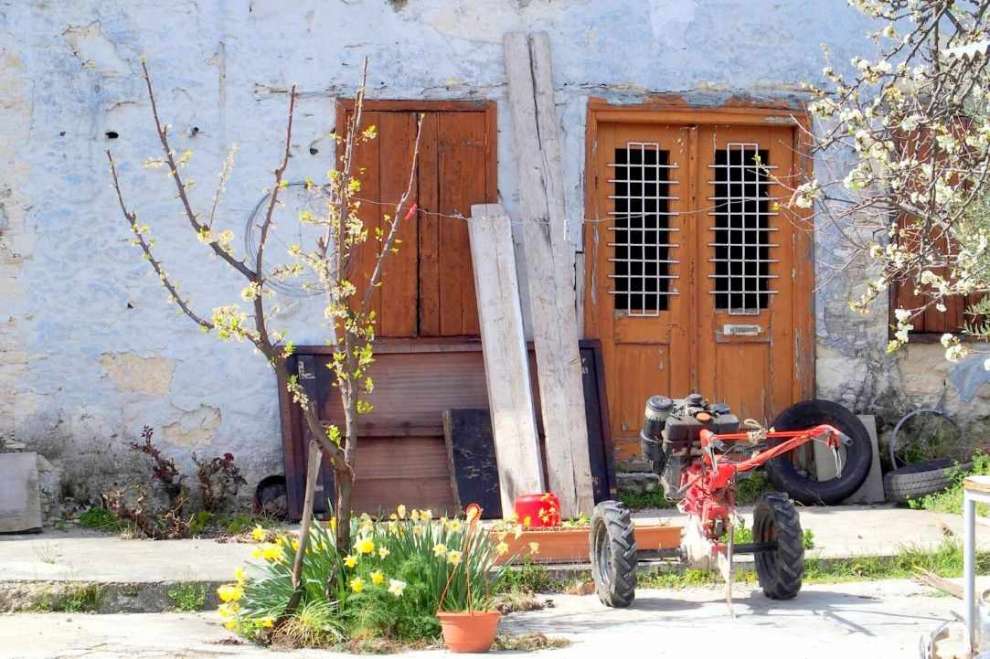