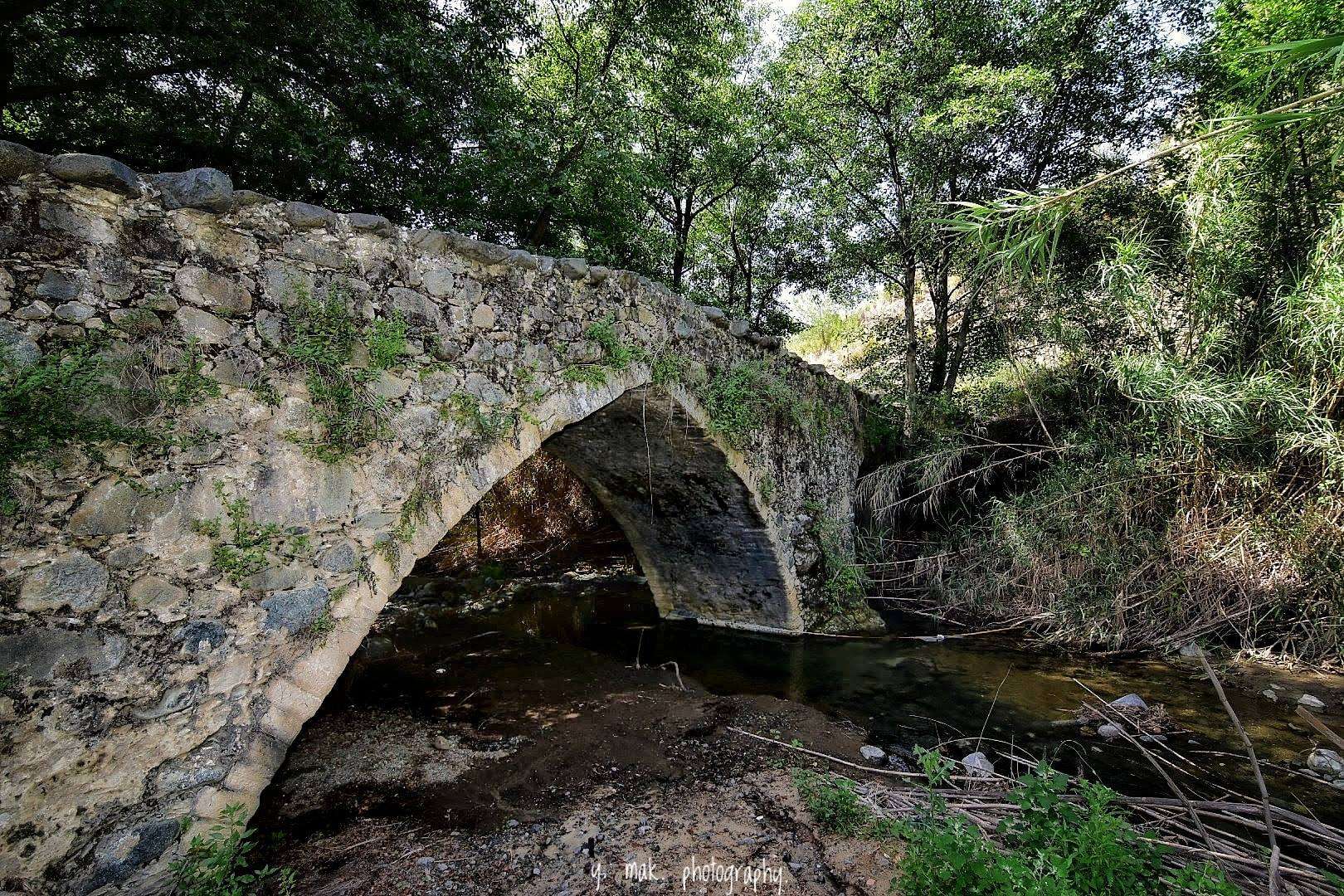 Its double bridge is the only one in Cyprus!

Trimiklini is a picturesque village in the Limassol province, located approximately 27 kilometres northwest of the city and built in the largest valley of Cyprus. The village of Trimiklini is built in such a way that it is impossible to be viewed as a whole from one spot, at an average altitude of 570 meters.

Trimiklini is bordered on the south by Laneia, on the west by Silikou and Kouka, on the north by Moniatis, on the northeast by Pelendri and on the east by Agios Mamas. 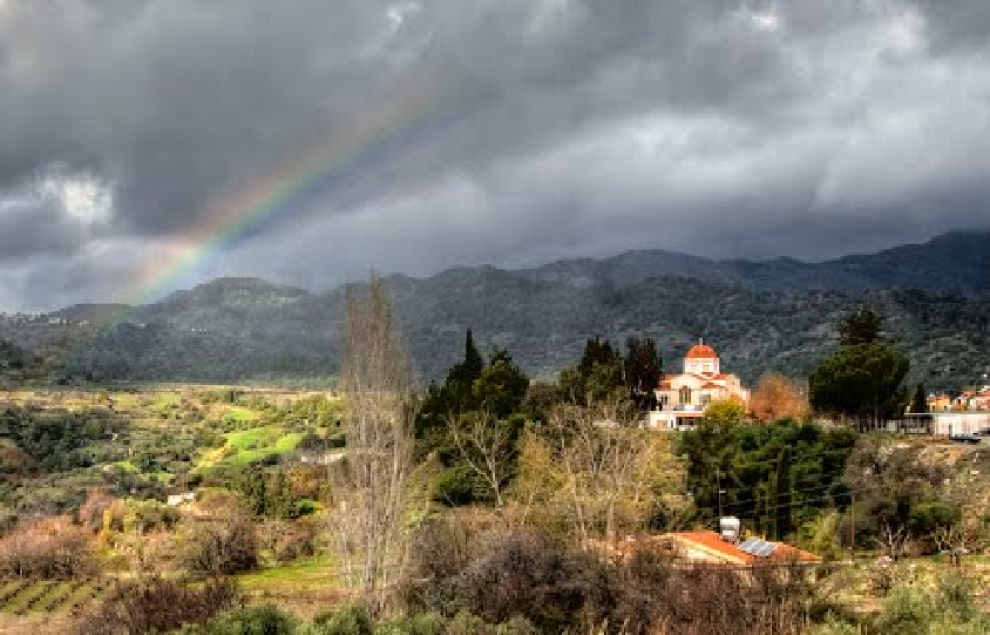 Historical Data:
According to historical sources the village has existed since the Medieval years. On Venetian maps it is marked as Trimichini.

The Name of the Village:
There are three versions of how the village was named. According to one version the name derives from the Greek words “thermo klini”, which is ancient time was supposed to be a very stable climate during both summer and winter so that lots of patients were visiting the village for healing.

The second version states the village got its name from the words “thermo krini” and was connected to a fountain, which had water running warm in the winter and cold in the summer. A third and final version states that the village was named after the Trimithia plant. The original name should have been Trimithini, which means an area full of Trimithines. This is also in line with the medieval name of Trimiklini in the old maps as Trimichini. 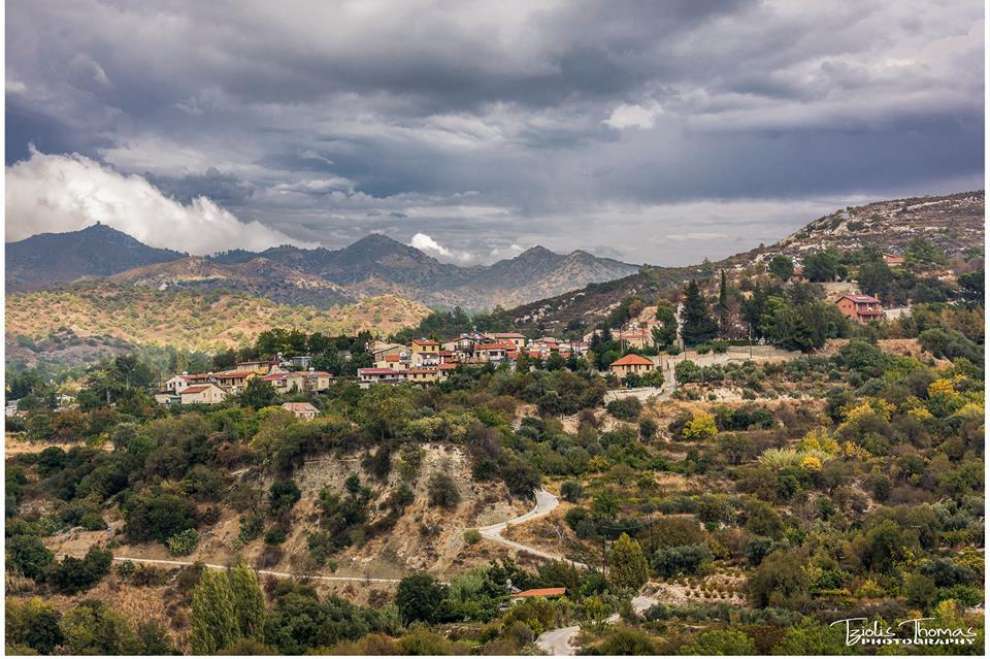 Attractions and Churches:
As you stroll through the village, you will find interesting sights. The most ancient bridge of the village is built on the riverbed of Kourris and was built during the Venetian era by river stones, it consists of three consecutive arches. Also, one can see in the village, the only two-storey bridge in Cyprus, built in two phases, the first in 1901 and the second in 1917. Finally, there is a beautiful flour mill in the Trimiklini village. 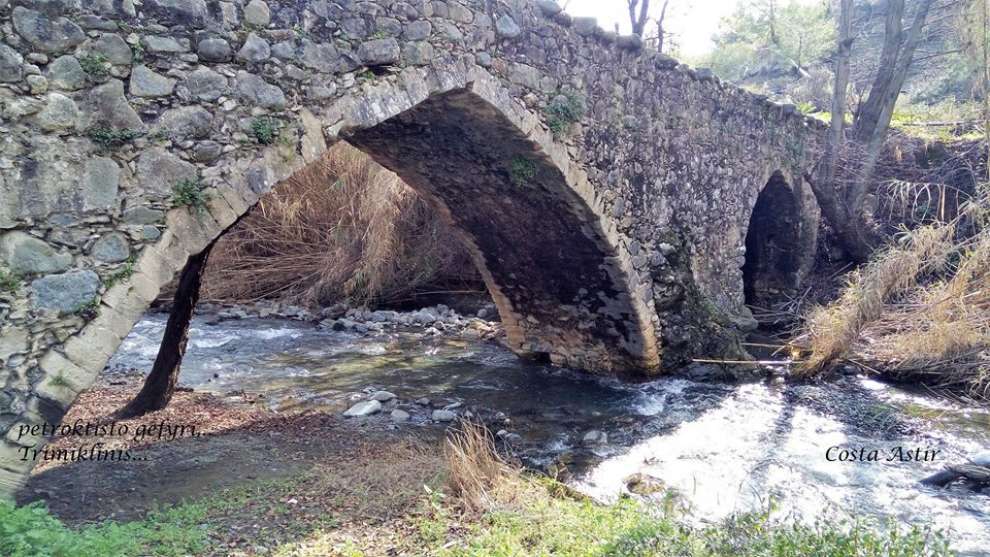 In addition, it should be noted that the first road built by the English troops in Limassol was created in the area, which also connected several villages of the area. Much of the road is paved.

An important building of Trimiklini is the first primary school that was built in 1926. It is built of stones found in the area. Part of Trimiklini's cultural heritage, it is community owned and has been restored. Under the renovated school is the amphitheatre community park which functions as an outdoor event venue. There were also green areas with benches and lighting. It is worth noting that in the village, outside the cafes, the picturesque folk bazaar takes place daily where traditional products are offered for sale. 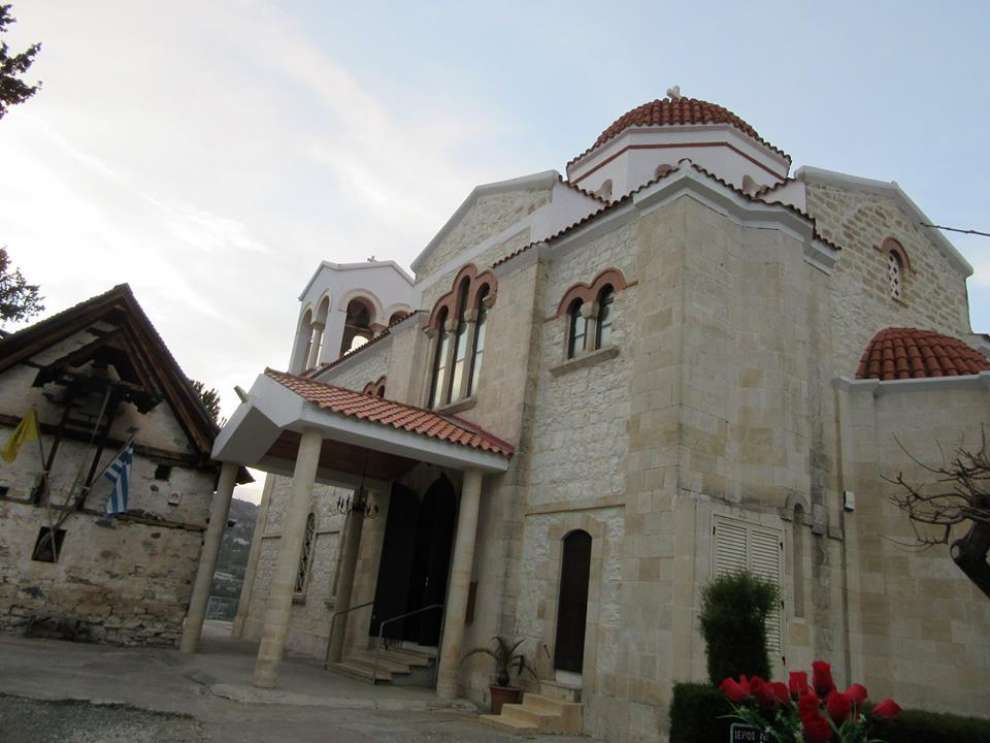 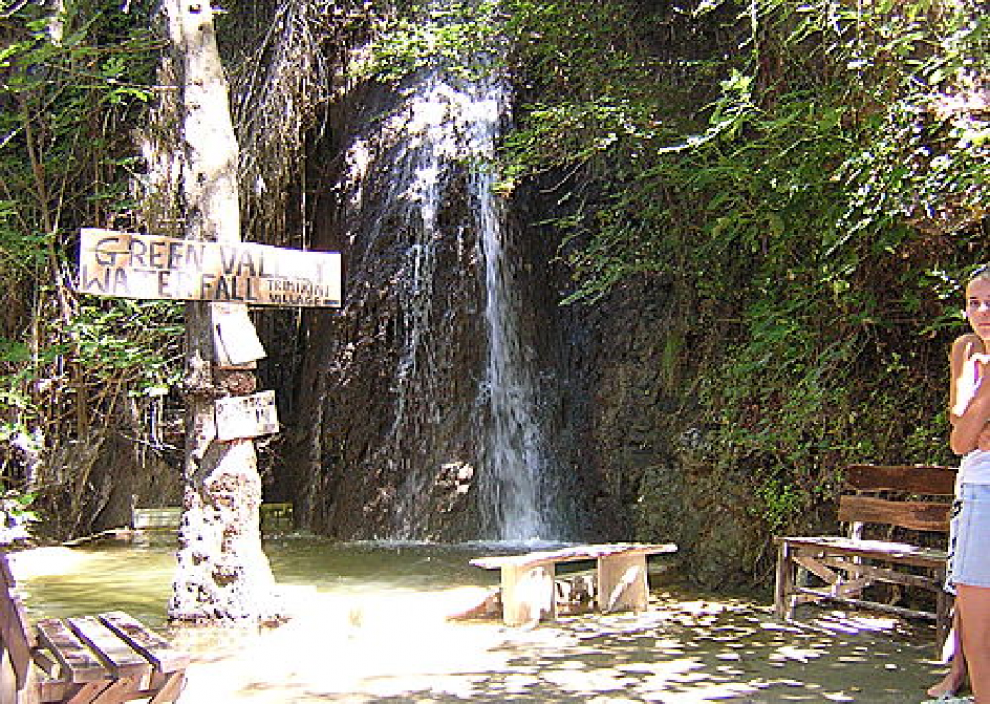 The crops of the village are irrigated by the Trimiklini dam, with a capacity of 340,000 cubic meters. The dam is full of water, forming a large lake, which is a habitat for various birds during the summer months.

The main products produced by Trimiklini are wine and zivania that are traditionally made.