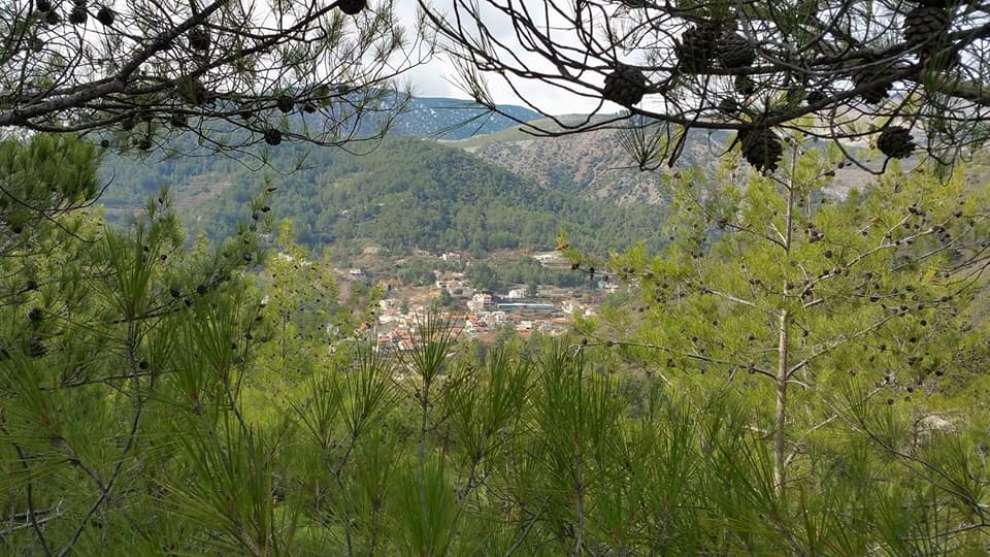 It was a manor of John of Lusignan, Prince of Antioch

Pelendri or Pelentri is a village in the Limassol province that lies beneath the Troodos Mountains, at the western end of Pitsilia. 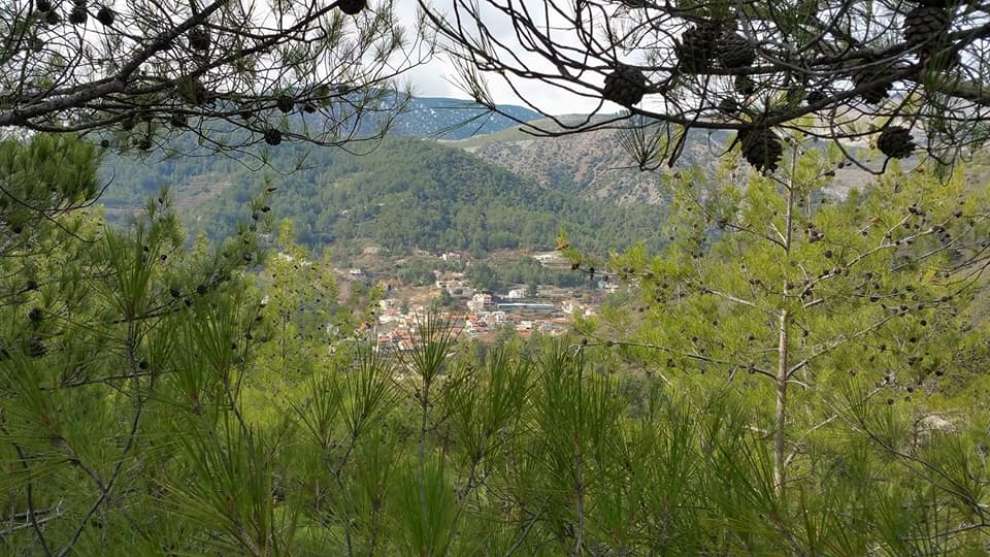 It is built on a barren hillside at an altitude of 880 meters above sea level and is approximately 40 kilometres from the city of Limassol. On the three sides of the village, there are tall mountain peaks that in many cases exceed 1000 meters. 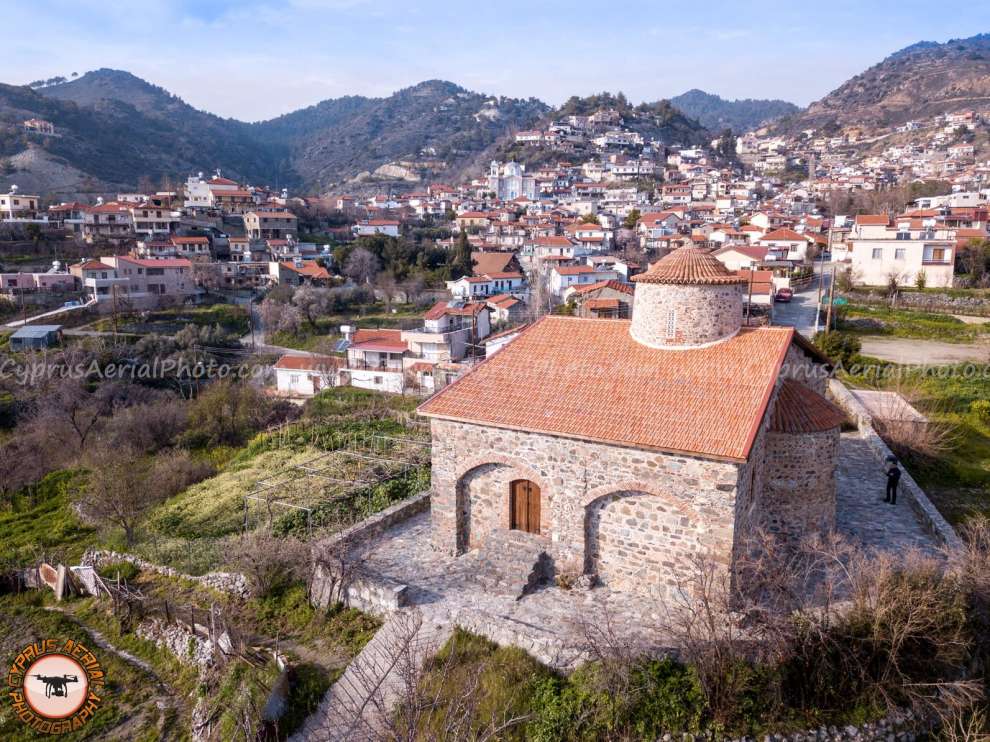 According to historical testimonies of 1353, the village was a manor of  John of Lusignan, Prince of Antioch and a member of the royal family of Cyprus.

It is worth noting that the mediaeval chronograph George Voutronios mentions the village twice, in his chronicle, saying that a rich merchant lived in Pelendri in 1461, so the village existed then. In addition, he mentions two Pelendrias (= farms), the Kardama and the Filagra. These farms belonged to the Ritz di Marino. In 1474 they were seized by Catherine Cornaro and dissolved during the Turkish occupation.

In the mid-twentieth century, the Filagra were re-established. Today (2018), they are located on the main road Karvouna-Saita. Old maps are referred to as Filoga.
According to historical reports in the area there were still 14 small villages, which were united with Pelendri for security reasons. 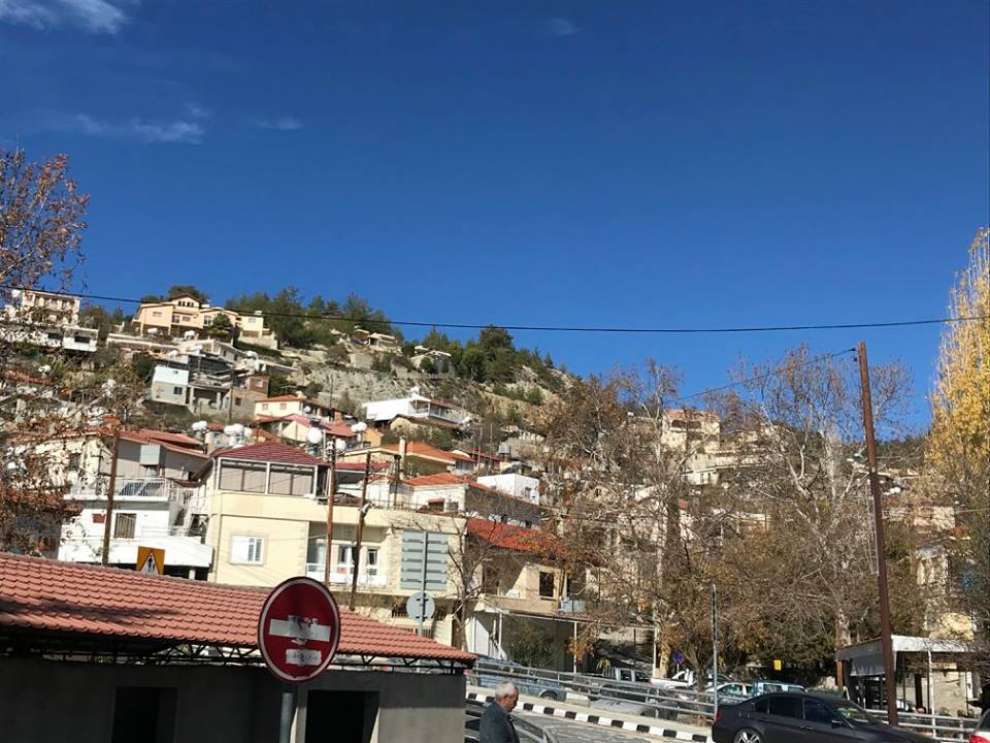 The Name of the Village:
There are many versions of how the village got its name. Some of them say that its name came from a plant which was named "Felandrio" (Oenanthe, of the Umbelliferae genus.)

A second version states that the name of the village came from a type of poisonous mushroom that grew in abundance in the village and was named "Pelendro". However, Nearchos Clerides says that the mushroom was named after the village, not the opposite.

A third version states that the village got its name from the aromatic herb that grows in the area, called "Pedendri".

According to folk tradition and the fourth version, it is claimed that the village was named Pelendri, taking the surname of a mediaeval family that onetime possessed it as a feud (before 1353). Leontios Machairas mentions a "Pelentri family". 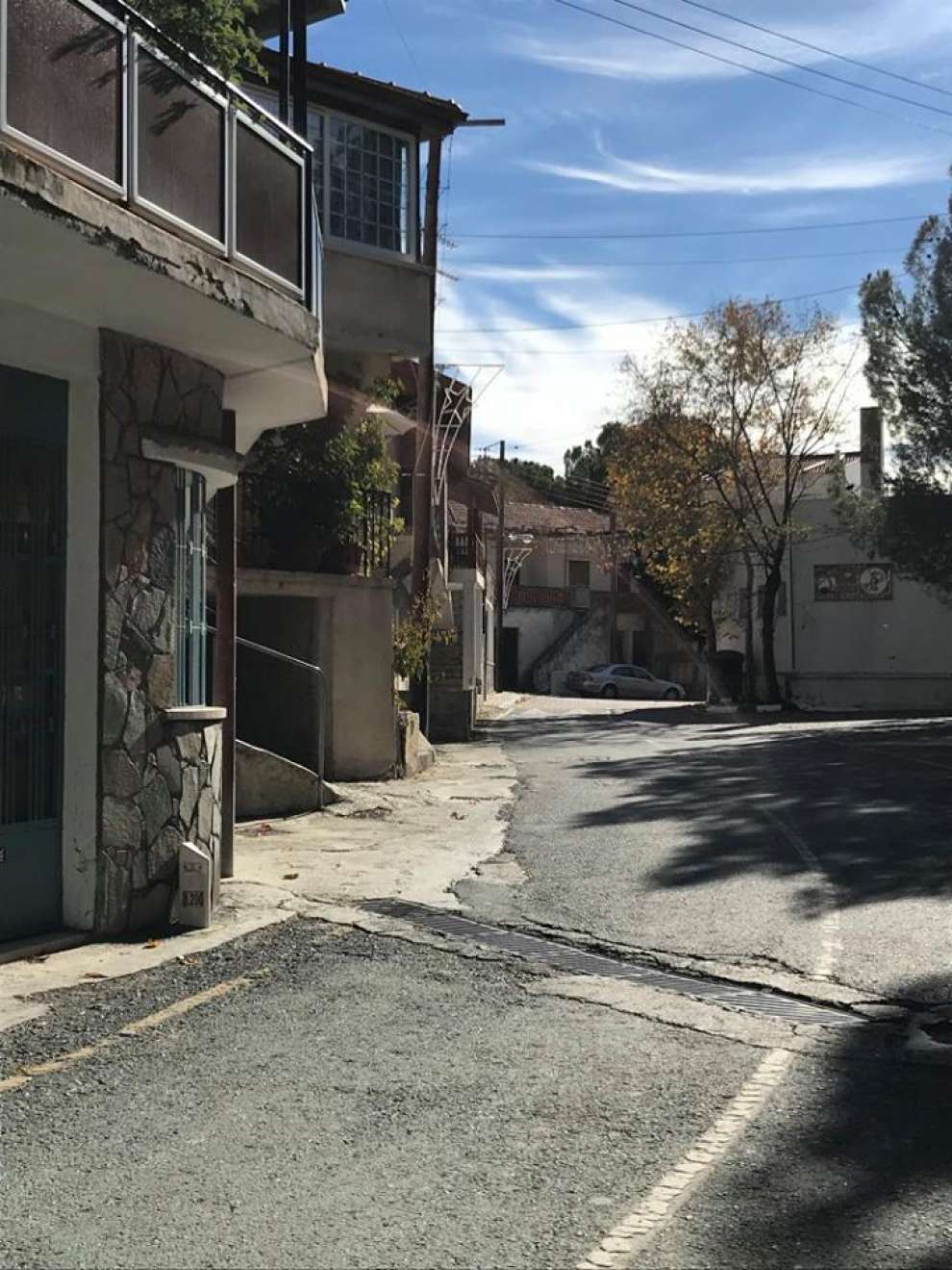 Sights and Churches:
Taking a stroll in the village a visitor will be impressed by the traditional folk architecture houses. The village retains many traditional houses built with the local rock gabbrou. They have wooden lintels, beams and wooden doors. On the other side of the village, there are newly built modern buildings and houses.

Apart from the beautiful architecture of the traditional houses, there are many churches as the village has many monuments of Byzantine art and it is known for its churches and chapels. Previously in Pelendri there were five chapels: St. George, St. Nicholas, St. Demetrius, St. John the Baptist and Agias Sozomenis

Today (2018) there are five churches: St John Lampadistis, Archangel Michael, the 12th Century Holy Cross building, which is included in the list of UNESCO World Heritage Sites mainly for its frescoes, the 16th century AD built church of Panagia Catholiki and Ayiou Mamantos. There is also a chapel of Panagia Amiandos. 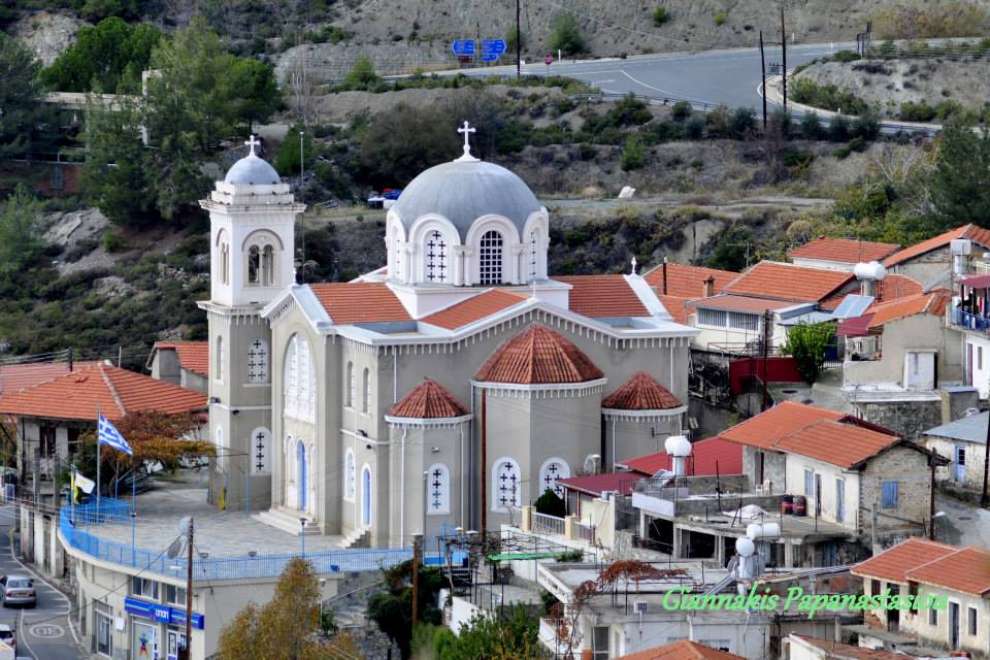 Finally, it is worth noting that the village is home to the hero Antonis Antoniou, lieutenant colonel and the hero Sotiris Tsangaris who was an EOKA fighter and ambushed near Pelendri on February 17, 1957.

The Heroes Monument of the EOKA Liberation Struggle 1955-59, is located in a wooded area at the top of the mountain Egklisi, in the Pelendri community. It is a multifunctional monumental work, dedicated to all actors of the EOKA Struggle and consists of various departments, natural and artificial, that are linked together to glorify the freedom of Cyprus and the fight of EOKA.

At the end of the village, there are Nature Trails such as the "Moni-Phylagra" Trail which is a 3 km long linear path whose vegetation is mostly uniform and consists of pine trees (Pinus brutia) with the plant “ksistarka” (Cistus creticus & Cistus salviifolius). As you stroll through it you will come across rich flora and fauna. 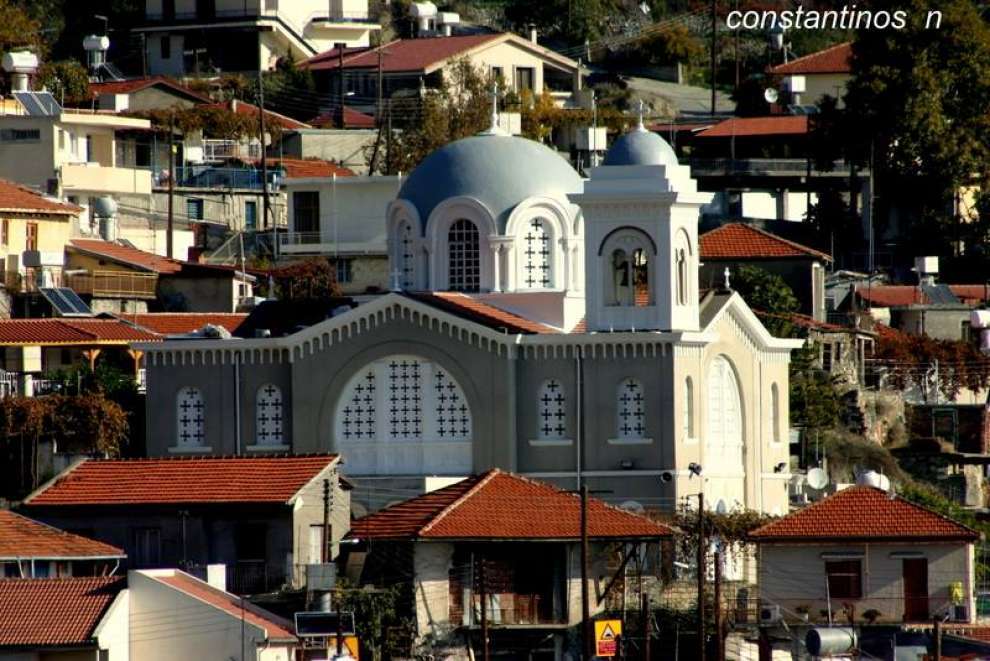 Population:
According to the population censuses carried out in Cyprus, the population of Pelendri from 1881 to 1973 was increasing. Subsequently, the population began to decline due to urbanization. More specifically, in 1881 the village had 444 inhabitants, which in 1973 amounted to 2,253. In 1976 they were reduced to 2,218 and reached 1,074 in 2011.

In addition to the village there are several uncultivated areas where wild natural vegetation thrives.
There you will find a variety of plants: pine, Quercus alnifolia, Arbutus andrachne, Pernis, Platanus trees, etc. 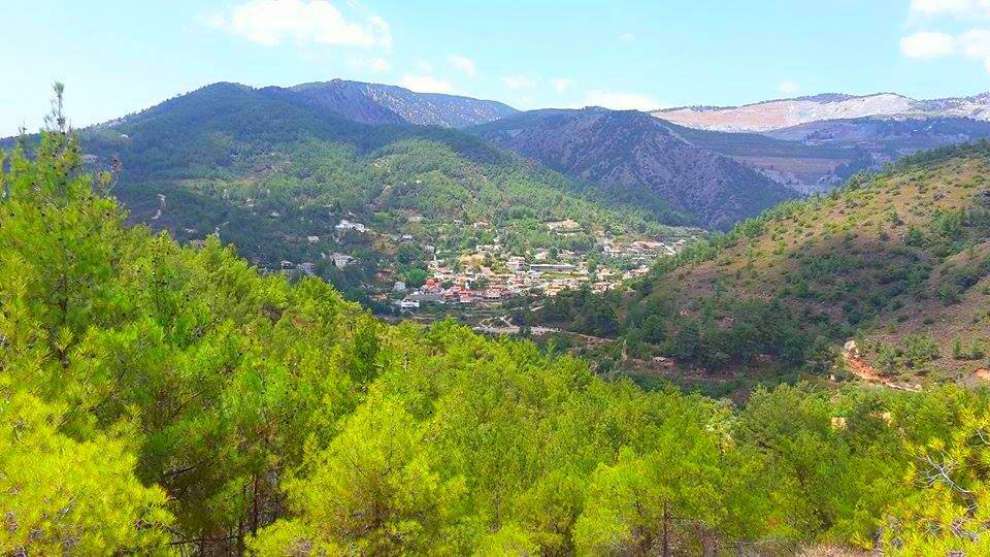