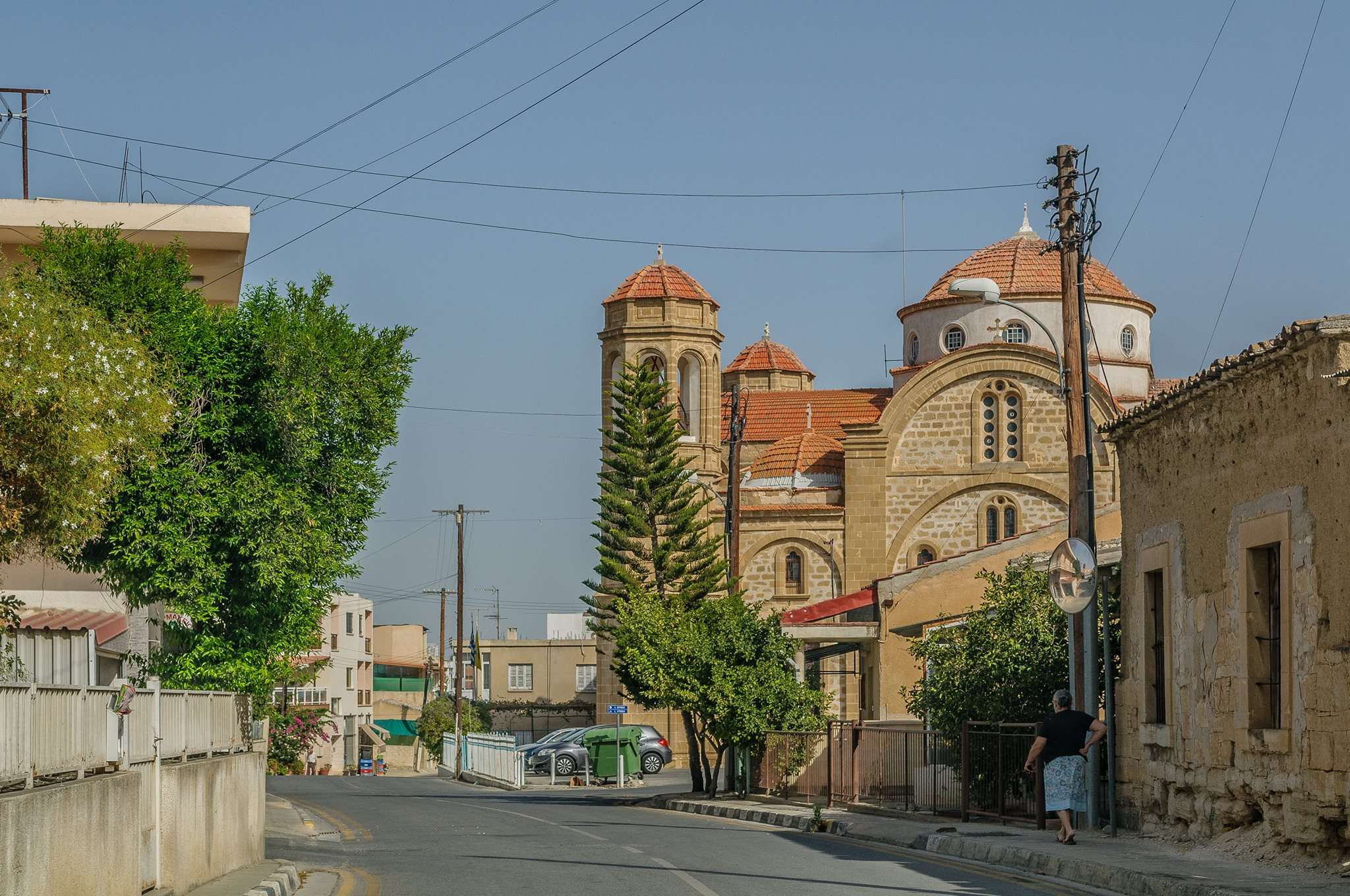 The ancient Kingdom of Idalion and today's modern town

Dali (Idalion) is a town and a independent municipality of Nicosia since 1996 and it is about 17 kilometers south of it. The village is located between two small mountains, which surround the valley of the Gialia River and it is located to the west by Pera Chorio-Nisou, to the north with the villages of Potamia, Agios Sozomenos, Geri and Latsia, to the east with the villages of Lourutzina and Lympia and to the south with the Alampra village. 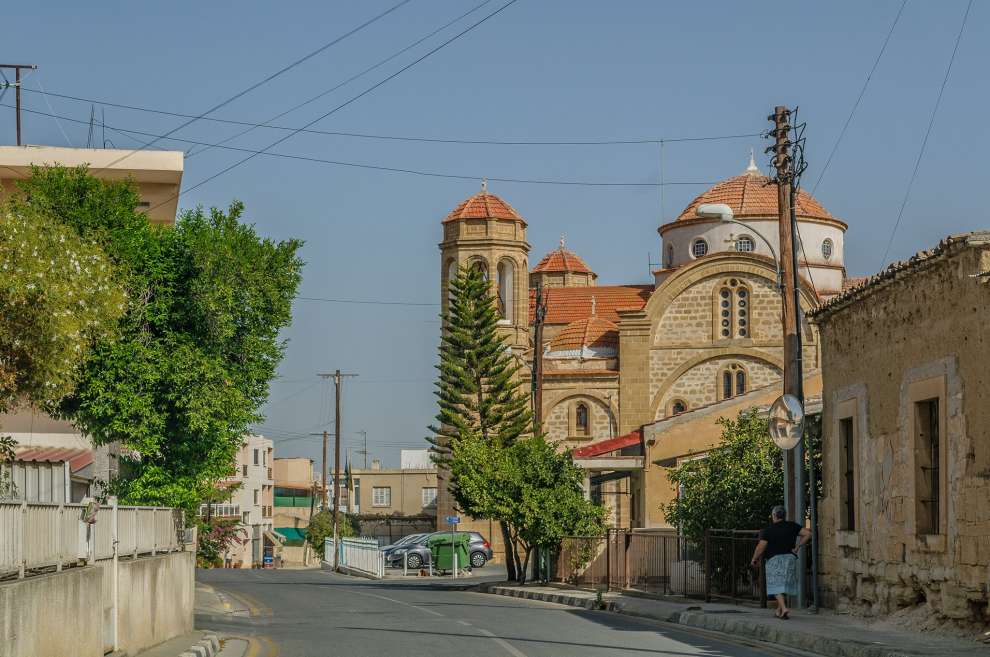 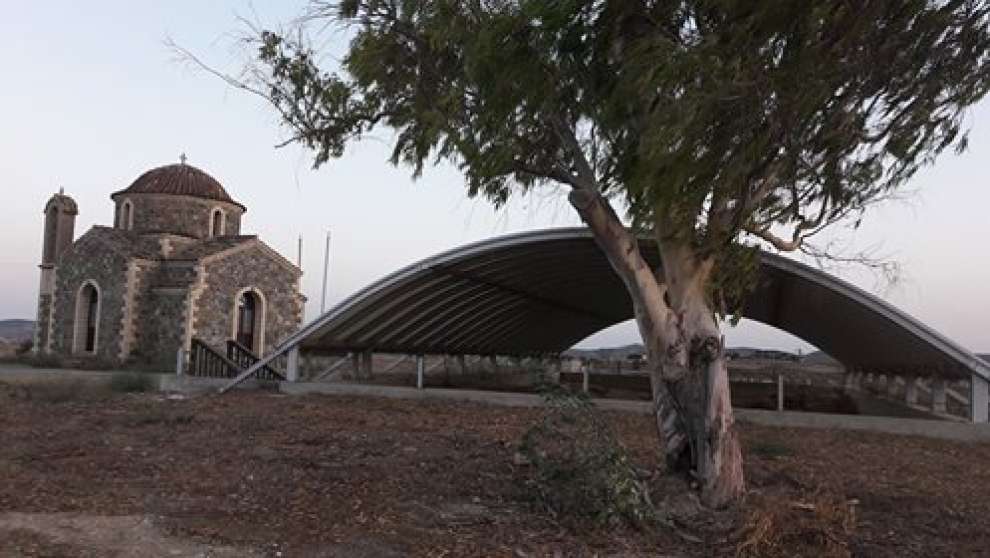 The inhabitants of the village until the middle of the previous century were occupied with agriculture and especially viticulture, citrus, potatoes, cotton, seasonal and cereals. Today (2018), cereals are mainly grown, which are also used as livestock material.

It is worth noting that in 1978 (October 8th), the twinning of the Idalion took place with the French town of Combs la Ville, since it was the first twinning with a European city beyond Greece. Since 1998, the first contacts have been made for cooperation and cultural exchanges with the Municipality of Acharnes in Greece, which resulted in a new twinning between the two Municipalities, Dali of Cyprus and Acharnes Greece on 1 October 2010.

Historical course of Idalion:
The rich history of the village dates back to Hellenistic times. In 1100 BC the kingdom "Idalion" was founded by King Halkanora. As the historians say, the king who came from the Peloponnesian town of Amycles near Sparta, when the Trojan war ended and arrived in Cyprus, received the oracle to build a city where the sun would rise. Moving with his army, one of his soldiers began to shout at "unspeakable time", "see ali", that is, "I saw the sun". From this fact the name of the village derives and since then it was founded on the site of the ancient village of Idalion.

The kingdom of Idalion was one of the 11 ancient kingdoms of Cyprus and was built on the northern slope of the small mountain range of Ierakarka. Before the 12th century BC century, on the south and southwest side of the Gialia river there were settlements of the last copper age, 1650-1050 BC. After 1200 BC but these settlements were abandoned and the city of Idalion extended to these directions. 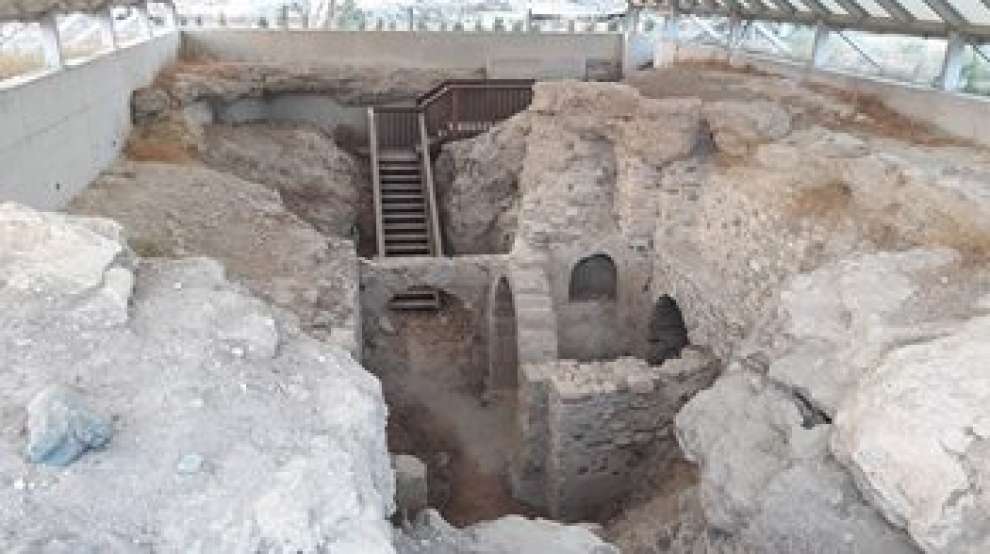 The city of Idalion was built in such a way that it covers the two hills to the south towards the plain and to the north towards the river Gialia. In these two hills were built the eastern and western acropolis. On the eastern citadel there was the temple of Aphrodite, and in the West, the main acropolis, there was the Temple of Apollo Amyclaus. The city stretched under these two citadels to the north.

During the reign of Stacycyprus, the city of Idalion was besieged by the Kittians (Phoenicians). After the conquest of the city by the Phoenicians followed in 312 B.C. the conquest of the Egyptians by King Ptolemy I. Since then Cyprus has been part of the Ptolemaic kingdom and later a province of the Roman Empire. From 1191-1489 A.D. the Crusaders and Lusignans came to Cyprus where they adopted the feudal system. It is followed by the Ottoman Empire and then by the British from 1878 until 1960 when Cyprus is proclaimed as an independent democracy. 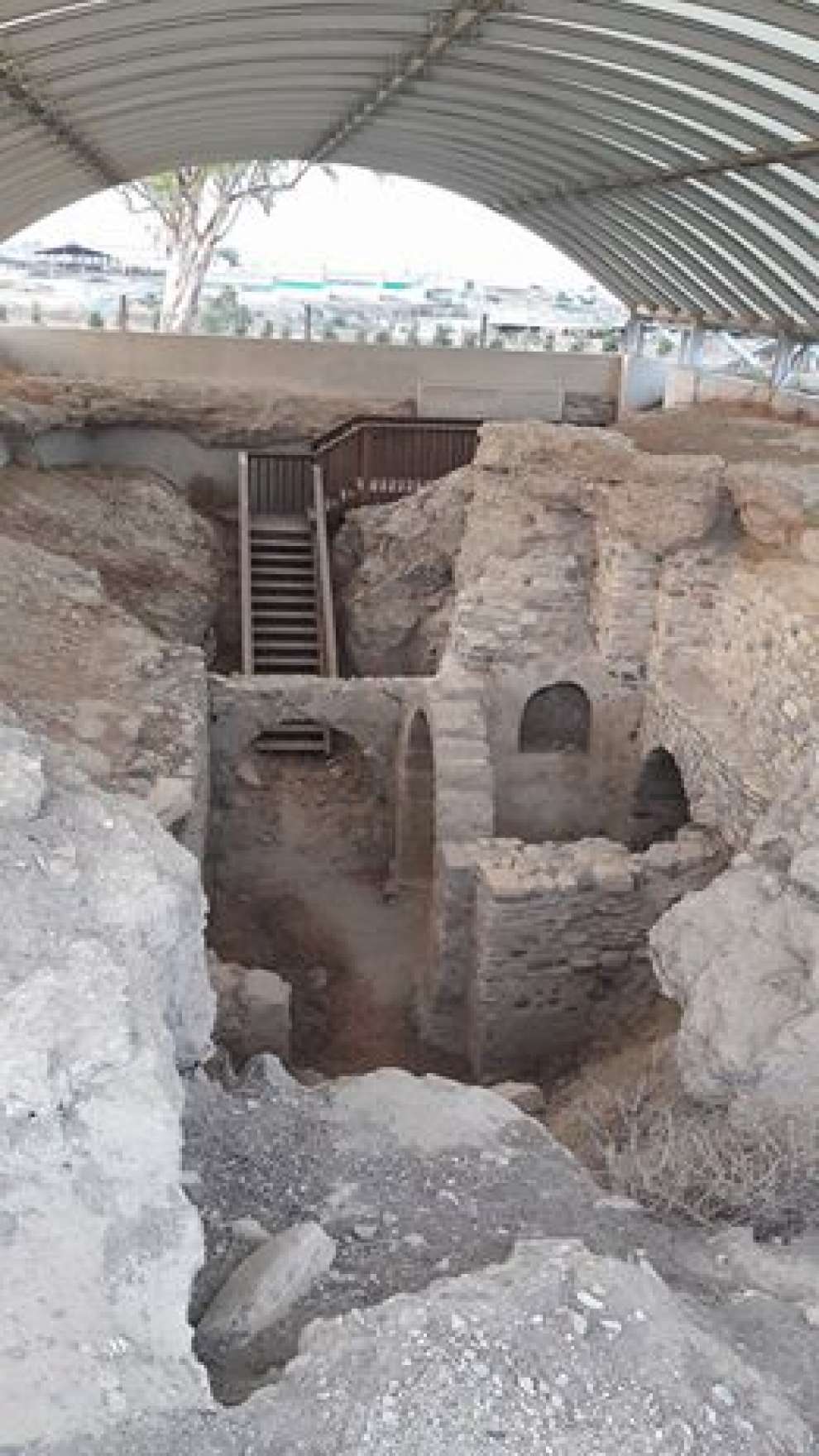 The archaeological monuments of the village:
In Dali you will see the impressive ruins of the ancient city of Idalion and the ancient watermill near the Church of Agios Dimitrianos in the area called Agridi. In addition, remarkable and scattered throughout the village are archaeological finds such as baths, altars, amphoras, statuettes, ancient tools and many of which are found in archaeological museums as well as the local Dhali Museum.

Object of value is also the brass plaque, "Plaka of Onassilos", also called "Plaka of the Ancient Idalion" found in the ruins of the kingdom. The contents of the plate contain an agreement indicating the siege and subordination of the Dali in Kition around 470 B.C. It is an engraved bronze plate in Cypriot-syllable script, found above the West Acropolis of the Kingdom. From this inscription we conclude that the Ideal functioned with democratic institutions since the decision and the agreement took place between the king, the people and the Onassilus. This inscription is the oldest document in Cyprus referring to land ownership. This plaque was found just before 1850.

Churches, Monuments, Educational Institutions, Dialects and Places of Interest:
According to religious writings in Dali, two saints practiced, Saint Theodore and Agios Demetrias Andridioti. Dali ecclesiastically belonged to the region of the Holy Archdiocese of Cyprus until 2007 and later with the division into new metropolis was included in the region of the Holy Metropolis of Trimythous.

In Dali you will find a number of churches such as the Panagia Evangelistria church, Agios Konstantinos and Eleni, which are the two great parishes of Idalion as well as the churches: Agios Dimitrianos Andridiotou, Agios Mamantos (15th century), Agios Theodoros (1994) Georgios (15th century) and Saint Andronikos and Athanasia (1841). 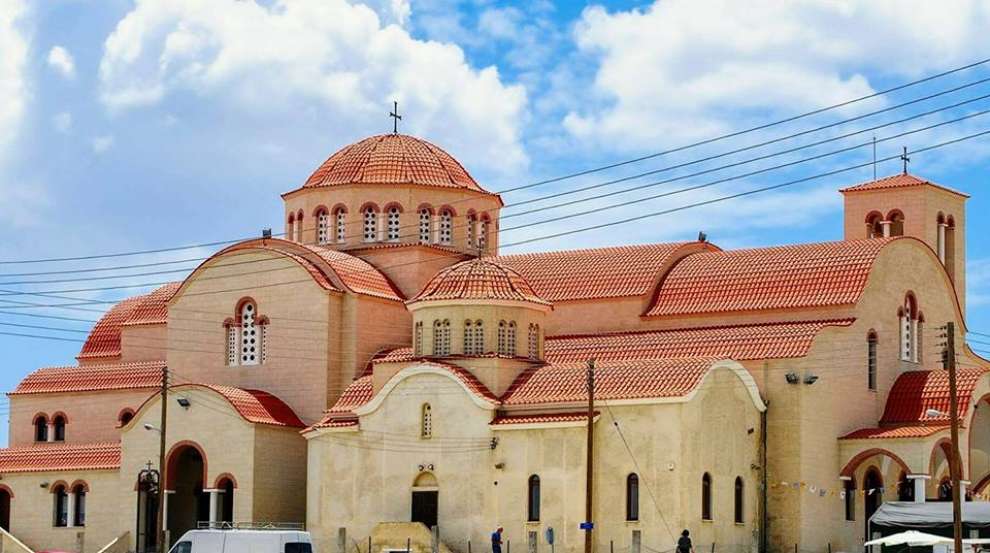 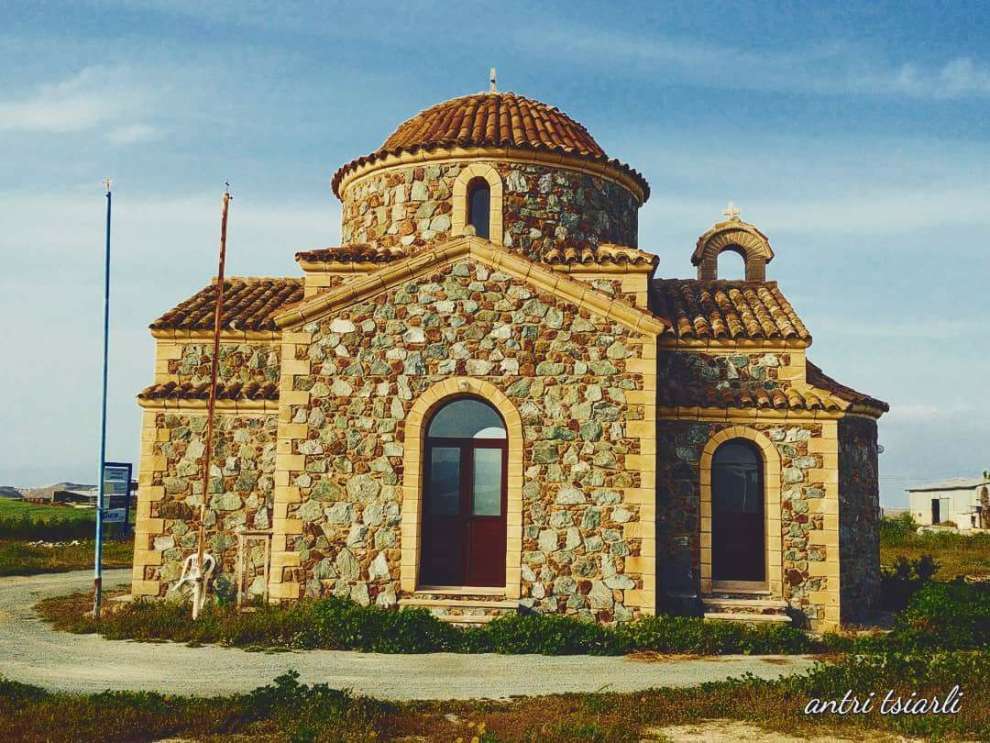 Today (2018) in Dali, apart from the churches, one will find a significant number of educational institutions, a sign that points to the spiritual development of the village. In the past there was a primary school that functioned as a girls 'school, a building of 1936 and the church of Agios Andronikos that operated as a girls' school.

In addition, in Dali, there is the Ancient Dali Local Museum, which was inaugurated in 2008 to showcase the rich finds of this area. It was set within the boundaries of the capital of the Ancient Idalion. The exhibits of the Museum are representative of all the chronological phases of the history of Idal and come from old and recent excavations in the area of the ancient city, in settlements and cemeteries. 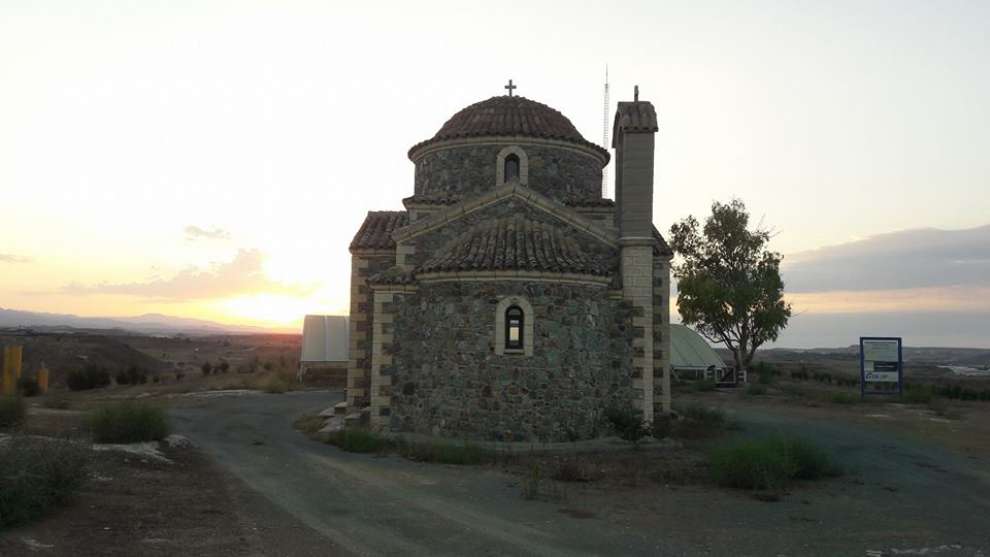 In the village there are also several associations related to: sports, cultural, environmental, etc., as well as a Turkish Cypriot mosque located in the old core of Idalion.

Finally, Dali is characterized by a multitude of heroes who took part in national games. The most famous of which is George Eicosaris, who fell in battle in the Battle of Mansoura in the Tower of Tilliari during the barbarian bombings in August 1964, the bust of George Eikosaris next to the ADONIS club and Dimitris Hamatsos fell fighting in the battle of the village of Agios Savior, Nicosia Province, on February 6, 1964. Statue of Hamatsu is also found in Dali at the roundabout to the village of Limbia.

A large list of missing persons during the Turkish invasion of 1974 on our island is also featured in the village of Idalion.

It is worth mentioning that in the area of Dali, called Agridi, near the village of Potamia, there is an old watermill which was used until the 1940s. 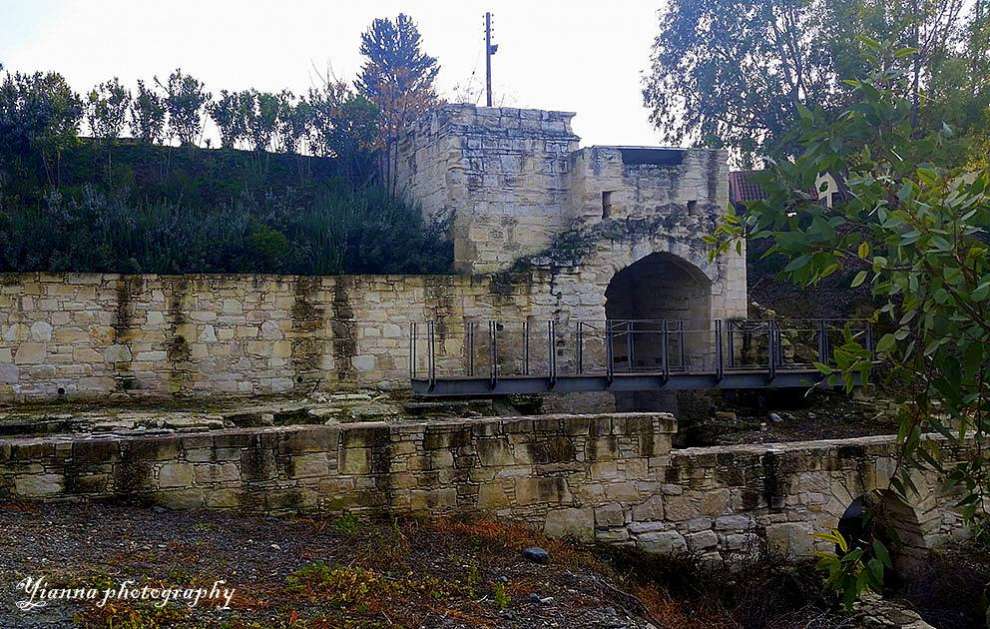 Photo: Yianna Charalambous
For the map of the area, click HERE